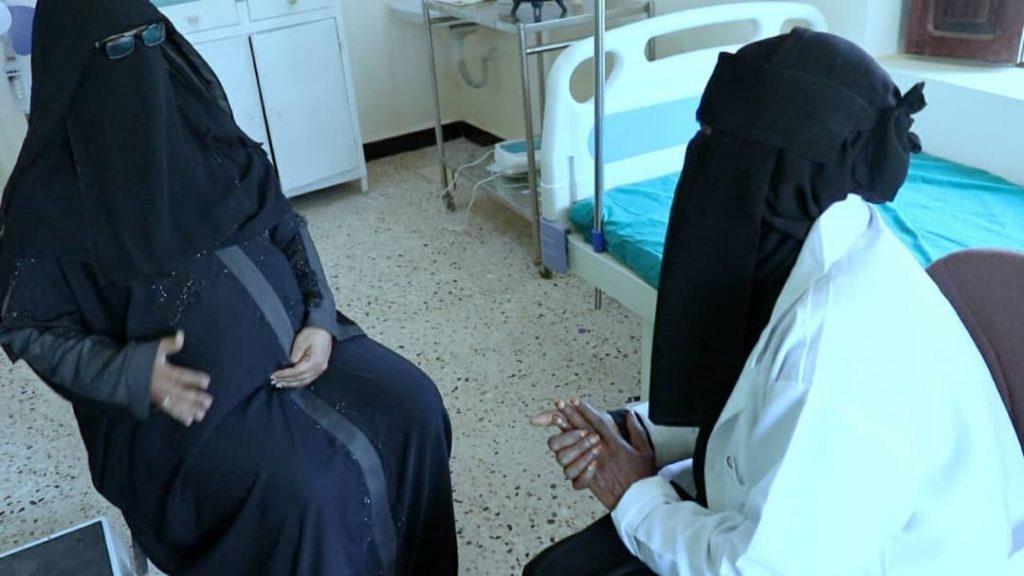 Mental Health in Conflict: The Case of Yemen

Almost five years of continuous conflict in “fragile” Yemen have left a devastating impact at all levels. State institutions are severely weakened, public services collapsed, living conditions became miserable and as media headlines tell you, my country now faces nationwide poverty, epidemics and a failing healthcare system. As is often the case when conflicts are called ‘protracted’, the world is turning its back on Yemen in these difficult times, sadly.

Mental health has been neglected for decades in my country, despite a few ambitious reforms to establish and roll out a national strategy to address mental health and wellbeing. Implementation of this strategy was weak, though, and stopped altogether when the conflict escalated. The price of ignoring mental health, particularly in Yemen, is profound, however.

Most of the thirty million Yemenis need humanitarian aid, and 16.4 million do not have proper access to essential health services. Children, women and people living with disabilities and chronic illnesses are the most vulnerable. On top of their daily struggle to survive, the majority of Yemenis are exposed to continuous mental distress. The impact of war goes beyond casualties and damaging infrastructure, leaving a permanent psychological trauma among the new generation that is supposed to build up again the country in the not-too-far-away (I hope) recovery phase.

Last year, a study on the impact of war on Yemeni children’s mental health in Sana’a schools found that over two thirds of the ones surveyed experienced critical manifestations of post-traumatic stress disorder (PTSD). The study also concluded that the degree of PTSD among these children was higher than their counterparts’ in other fragile states with conflict situations.

Technically, all people in Yemen can be expected to suffer from various degrees of psychological trauma. Many studies in the past aimed to measure what seems rather obvious from common knowledge: airstrikes, bombings, street clashes, killings, absence of law and order, volatile food prices, lack of transportation and poor or absent health care are all chronic stressors that do not “contribute to good health”, as you can imagine. Moreover, conflict-related disability (conflict & terror is the second highest cause of death in Yemen) adds even more stress on the population and the health system. Reports by aid agencies point out that thousands of people have lost their limbs and live with partial or permanent disability with its associated mental and psychological burden. At the field level, health workers are not properly trained to deal with the related psychological and mental health problems, especially at the primary health care level.

In a recent shift to address the lack of health care services and health systems fragmentation in Yemen  –  millions of people do not have access to basic health services as they cannot be provided through the classic humanitarian aid approach –  the World Health Organization (WHO) and Ministry of Health (MoH) designed a standardised “Minimum Health Service Package” (MSP) in 2018, based on the MoH’s former essential health package for the District Health System. WHO claims that this package is different from similar packages in the region as it explicitly incorporates mental health and psychological support as well as non-communicable diseases. MSP features seven priority interventions, including mental health.

But when we dig into what mental health covers under the MSP umbrella, we realise soon that, even though it explicitly includes “psychological support” at community level, the focus remains very much on hospital care and puts emphasis on the psychiatric part of mental health. Speaking of which, the country faces a severe (and chronic) shortage of psychiatrists and psychiatric nurses – see estimated figures of 0.2 psychiatrists per 100,000 population (or 40 psychiatrists) as of 2016.

A few NGOs initiated attempts to introduce vertical interventions to tackle mental health in the past. Nevertheless, according to a recent study, many aid agencies report that mental health remained neglected and not prioritised in the Health Cluster’ (i.e. a WHO-led coordination mechanism for the health response in Yemen) interventions between 2015-2018. Furthermore, some agencies report that it is forbidden to mention mental health problems in their plans, considering this as a “no-go” area (in the eyes of the local government) in specific parts of Yemen. Obviously, this also  hinders the expansion of mental health at service delivery level. On the other hand, a few organisations are cautious about training “unqualified” workers to provide mental health counselling or treatment at the community level, emphasizing that their role should be very limited.

There has been a long debate on how mental health should be seen and addressed in conflict settings, ranging from a purely biomedical view to a more social perspective. But in Yemen, we need to move forward with some “tangible” solutions. Sooner rather than later.

What can be a way forward?

Perhaps we could start by ‘deconstructing’ the ‘mental health’ concept as it is commonly used now, and respond to the recent pleas to ‘rethink mental health care’,   ‘call(s) for action’ , … by zooming in on the Yemeni social and cultural perspective. This would be a good start to redefine issues and work on a more practical ‘division of labour’ between sectors. This is vital to solve the chronic psychiatric staff shortage gap – the gap has been there for decades, and only seems to be getting worse.

A useful next step would be to update the old national strategy using new insights especially, taking health system parameters into account. Then it becomes easier to establish clear guidelines and training manuals for health workers and community health volunteers, which can be piloted and then rolled out gradually.

The use of media (TV and radio, social media platforms, …) to raise mental health awareness is particularly important in the context of Yemen, as mental health remains an ambiguous issue among Yemenis. Clear referral pathways, articulated in an-easy-to understand language, are crucial.

On the treatment level, this may lead to the design of a two-tiered system for mental health services at primary health and secondary care level.  At the prevention level, there is an urgent need to talk about mental health and raise social awareness, ensuring safe playground areas in every neighbourhood for all children. Counselling in schools, workplaces and hospitals should also be strengthened.

Who should lead this effort? Given the humanitarian crisis in the country and the fact that many health system functions are undermined by the protracted conflict, the Health Cluster (HC), jointly with national health authorities can perhaps best take the lead at this moment. MHPSS (Mental Health & Psychosocial Support Service), a technical working group within the HC could push for this in its upcoming agenda. The humanitarian community could help to tackle mental health in Yemen, yet strong (domestic) political will to take action is imperative.

Finally, let us not forget that lack of action in this respect comes at a huge cost. Donor countries and the Government of Yemen need to invest sufficient resources and time in dealing with the enormous mental health challenges in my country, to prevent a potentially devastating development and economic impact on current and future generations of Yemen (and the broader region), and instead try to kick off a virtuous circle.