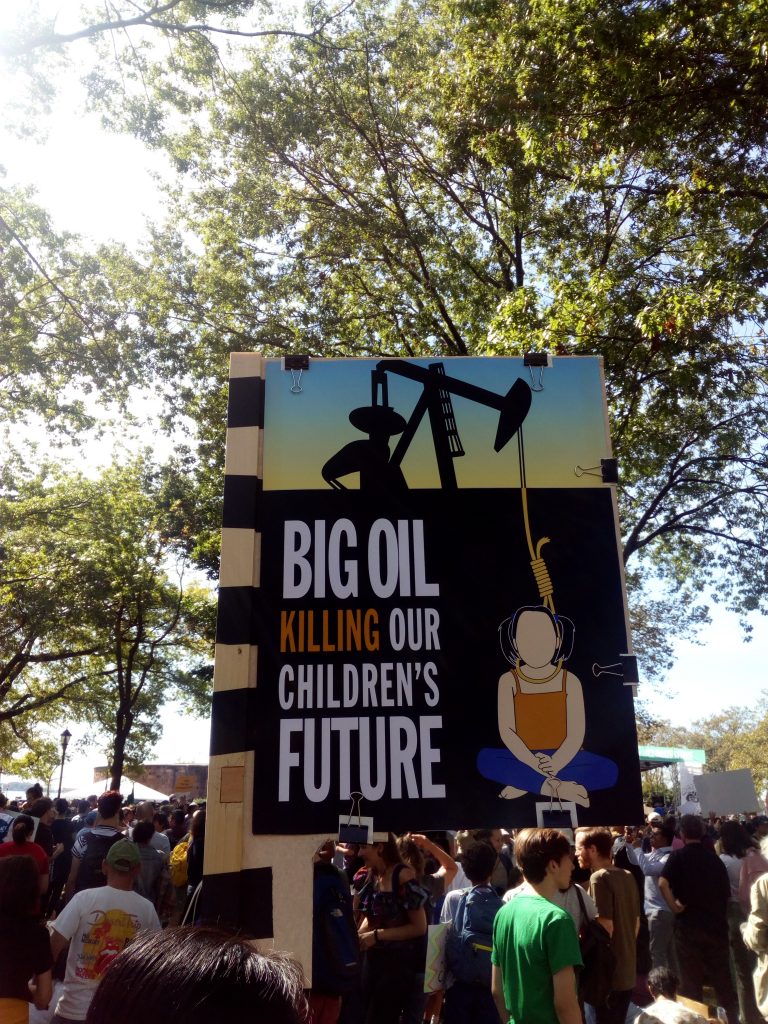 I was this week in New York, at the United Nations. More specifically I participated in the UN High Level Meeting on Universal Health Coverage as a representative of the Medicus Mundi International Network Health for All! The UHC meeting was part of a series of high-level political meetings taking place before and during the 74th session of the UN General Assembly.

In preparation for the HLM on UHC, I already wrote that I consider the Sustainable Development Goals (SDGs) a kind of “golden straightjacket” and that we need to alter the narrative on health development towards an overall “limits to growth” thinking. In this article, I will mainly reflect on the process, setting and actors present at (and around) UNGA74, specifically related to UHC. After an intensive week of listening to national Presidents and others praising the UHC momentum, rushing between strategic meetings and side events in (too) fancy New York hotels, and ‘Walking the Talk’ in Central Park, I can distill several observations from all this frantic activity.

The true ‘historic moment’ I was part of actually took place before and outside the UN premises. I’m referring here to the Climate strike and march  held in downtown Manhattan on Friday 20th of September. Attended by 250.000 people, this was an unprecedented experience. I witnessed (and participated in) a very diverse colorful movement of young people with different backgrounds, ethnicity, sexuality, income, nationality and education. A great amount of middle-aged and elderly people had joined them, showing solidarity with the youngsters.  This crowd was angry and enraged about the climate policies and their current gridlock in American politics. Helicopters and drones were flying over, monitoring the crowd.  The people who spoke, and performances that took place, linked the climate resistance to the legacy of the indigenous rights tradition, anti-slavery and the civil rights movement, the more recent Black Lives Matters and #MeToo fights as well as broader ecological and social justice struggles. This was wonderful to see. It was highly intersectional and socio-political, and demands were very clear: “Our world is burning”. Political, societal and corporate powers neglect to address the issue. We will stop this! Indigenous groups from the Amazon spoke about the fires there, the president of the NY state nurse association stressed that the wounds of the people and the planet need to be healed. Greta Thunberg also spoke. Her appearance and message have near messianic proportions by the way she urges us all to strike and stop the status quo. Remarkably – and I scanned for it – I didn’t see any sign of, or any one speaking about, the SDGs. For the Climate Strikers, these simply don’t matter.

What a difference with the United Nations itself!  Here, men wear similar suits and women wear similar skirts and pumps. Uniformity rules. Access to the UN is regulated by status (diplomatic or not) and depends on whether one has been formally invited for the several events or not. The whole thing is relatively inaccessible. As a representative of an NGO network, I could only access the UHC meeting and related side-events. I didn’t have access to the Climate summit, the SDG and Financing for Development meetings. To access the UNGA building, one has to go through (heavy) security.  All in all, it’s a sanitized, corporate networking environment where the many stakeholders (NGOs, country delegations, companies, philanthropists) have to be “entrepreneurial” in pushing their issues forward. This leads to many issues being addressed in a rather fragmented way, with people talking in their respective side events to likeminded ‘bubbles’. This (continued) fragmentation is all the more remarkable given that the SDGs aim to be an integrative & holistic framework. The events, including in the UHC and health domain were often of a celebratory and advocacy nature, proclaiming a similar public-private “we’re all moving forward together” approach without giving much space to different perspectives and dialogue.

Then the HLM on UHC itself. The meeting was opened by the leaders from the UN, WHO and World Bank. Dr. Tedros, the WHO DG, spoke about a historical and landmark health agreement. Dr. Gro Harlem Brundlandt, former WHO DG and member of the ‘Elders’  provided a clear reminder that UHC is about public finance, a social contract, and that it should mitigate violation of human rights. She urged countries to stop applying user fees and not to leave health care to the free market.  While country leaders and delegates afterwards started to make their statements on how to advance UHC in their countries –  I listened to president Sisi of Egypt, Kenyatta of Kenya and Kagame of Rwanda making the first statements – the UHC meeting continued in parallel with two multi-stakeholder panels. The first one, on “Leaving no-one behind”, was surprisingly strong with amongst others development economist Jeffrey Sachs (depicted by a colleague as a ‘converted sinner’) making the case that all we should talk about is money. “UHC is about rich people in rich countries that should allow poor people in poor countries to access  essential health care services. If you don’t know where to get the money, do consider the 15 mega-billionaires in the world. They have an accumulated net worth of US1 trillion. Do the math. This should be more than sufficient to provide for essential health services and education in low-income countries”.  The second panel session on investments (in the afternoon), was far less interesting  with every one making the case how UHC and health was such a good investment in human capital and inclusive growth, that health coverage provides such a good return on investment (of 200-900 % in some cases), that innovative blended financing is required, …  What this value for money or “innovative” blended finance model exactly entailed, and what the sustainable effects and impact are on the long term, remains vague and general.  In the sessions, very few NGOs were allowed to provide their statement. Melinda Gates and the World Economic Forum representative, however, had the floor. A representative from Indonesia came up with the following quote, “UHC avoids getting old before one can become rich”.

Many events on, or related to UHC were organized during the week. WHO released a  Global Monitoring report  on PHC and the road to UHC. One worrying thing is that globally, the population impoverished by out-of-pocket health spending has been slowly increasing between 2000 and 2015. More than 930 million people spent more than 10% of their household income on health care in 2015. The Global Action Plan for Healthy Lives and Wellbeing for All,  supported by the governments of Germany, Ghana and Norway, was also presented. While this should provide for stronger collaboration, financial acceleration and coherence between 12 multilateral health organisations, it remains opaque and general  how this will be implemented, and the same goes for the financing behind it – it’s not really clear where this will come from. While sessions with more corporate actors on “investments”, “innovation” and “digitalization” in the health sector were held in fancy hotels, I spent most time in sessions at the Ford, Rockefeller and Open Society foundations where UHC 2030, WHO , academics and NGOs discussed how to move forward. The discussions focused a lot on “national implementation, country structures, monitoring and ensuring accountability”. For me, it was telling that all these meetings took place at the philanthropic foundations. It seems that the more socially oriented drive for the UHC programs is left to charitable actors and a small group of supportive countries.

While writing all this, I have mixed and ambiguous feelings on what all this energy, money and framing of UHC at the highest political level actually will imply for health for all! I need to let it sink in, to find out whether some parts of it could lead to a momentum for universal health finance. I am far from sure whether the “investment” frame, currently in vogue, will close the gap. Rather, I am afraid the gap might get even wider. What, however, sticks very clearly in my mind after this week in New York, are the words of a brave teenager who spoke  at the climate action summit: “…How dare you! … … all you can talk about is money and fairytales of eternal economic growth. …. … [but] We will not let you get away with this. Right here, right now is where we draw the line. The world is waking up. And change is coming, whether you like it or not.”