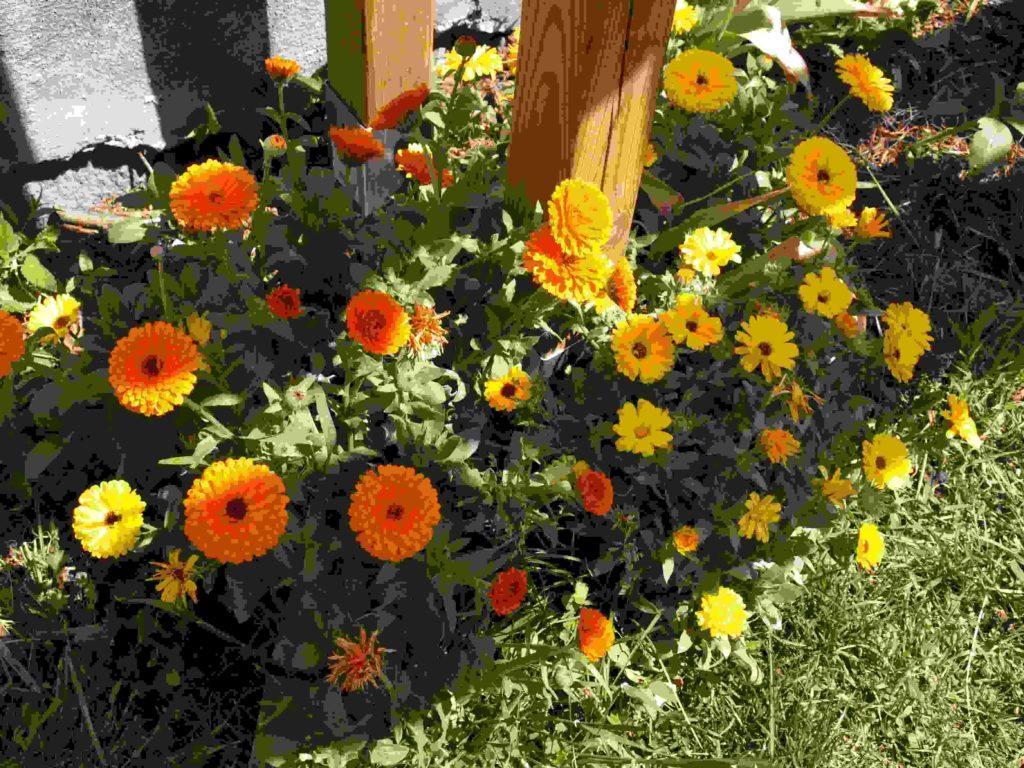 Today is World Health Day 2022, though I will likely remember it as my 38th birthday. There is ample room for progress in the field of health today. Yet, three days after the latest IPCC report, and three days before the (first round of the) French presidential elections, I suspect it is clear to everyone that handing over a non-livable planet to our children will make any efforts on health alone null and void. Nevertheless, despite my unfortunate tendency to not close my eyes in front of the worst scenarios, and in the pretty gloomy context of my fellow Europeans discovering that war still exists, I would like to make a case for keeping our minds open to pretty good outcomes.

First of all it is important to not underestimate the impact of the media and social networks on your emotions and on what you think you’re “rationally” thinking. What keeps us alive is almost entirely missing from the news and the debates. You’re alive because the smallest green leaf has the power to turn solar light into food and oxygen. And this should still work for a few more hundred million years. Parental love, friendship, soil creation, none of this is ever making the news (Deranged people starting a nasty war are). So the “world” isn’t (totally) f***ed up, nor does it need anyone to make it a “better place”. The world is perfect for us as it is. What should be fixed, however, is what a subspecies of Homo sapiens originating from around the Mediterranean made of it. And by the way, I don’t believe humans are evil and hopelessly selfish. Pygmies, native Australians, and possibly others before, have managed to live in the same areas for over 50 000 years. That gives you a pretty good proxy for their collective intelligence and their understanding of the necessity of preserving their environment. As far as I know, they’re Homo sapiens too. And the fact that they did not invent the H bomb should not be seen as a sign of their “underdevelopment” (which is a pretty racist and colonialist way of thinking), but could rather be understood as proof of their ability to apply self-regulation.

One should also always keep in mind that the “system” doesn’t want to change. [By “system” I mean this fuzzy, shape-shifting aggregation of different types and sources of power, which for a few centuries now has tried to make the infinite pursuit of wealth the true meaning of life. We, as citizens, are part of it, though rarely by choice. We cannot be reduced to being part of the “system”, and there are lots of ways in which we can change it.]  Despite the endless bullshit about risk-taking, creative destruction and innovation, the “system” does not want to move a millimeter away from the thing it’s been doing for centuries: grab something it has no right to take (black slaves, land, lithium, your daughter’s attention, you name it), get richer, and sustain a power system in which the majority of people have to work for a minority of an illegitimate, parasitic “elite”. So the “system” is by all means trying to avert its biggest threat : people imagining that something different is possible. This war on our imagination works so well that we’re self-censoring ourselves. But if you keep your mind open to unexpected -and presently seemingly unlikely- change, you’re in fact already threatening the “system”. Because the slightest initiative will catch your attention.

I think we should really give the future a chance, for two reasons.

First, the current state of our civilization practically prevents us from being able to use past events to predict the future. The speed of “innovation”, the scale of damage to ecosystems, the overwhelming size of the world’s population, in my opinion, make it impossible. Things aren’t linear. Social movement in a population of 20 million 300 years ago cannot be “understood” in a population of 70 million today, simply by multiplying stuff by 3.5. We have lived all our lives in a period of great chaos, which is now accelerating even further. If there is one thing that can be reliably expected from chaos, it’s change. We might all burn up in a nuclear apocalypse. But we might also live on to see great stuff. And all this is way out of the scope of polls.

The second reason is that however insufficient the recent shift in people’s minds is, it is happening nonetheless. And it is happening because people with almost zero funding have managed to put certain things on the table that can’t be ignored (anymore). And these people have managed to do so in spite the gigantic amount of cash spent by the big financial mastodons that are threatened by these ideas. I don’t know how much was spent in total, in commercials, greenwashing, buying Hollywood, buying politics, buying journals, buying bots on social media, paying PR consultants, etc. But worldwide, over the past 30 years, we can safely assume it must have been in the vicinity of tens or even hundreds of billions. Yet, how much money did Greta need to get to Davos ? So despite what every billboard in the street claims, despite every hour of lies on TV, despite what political candidates choose to exclude from their programs, the “system” is not winning this war. The “system” is trapped in its own bloody Vietnam war, where it’s spending tremendous amounts of money, and yet there’s always a damned ecologist coming out from behind a tree, who’s got nothing to lose, and doesn’t need anybody’s money to fight, and doesn’t even have a gun. And every minute that passes is proving the damn ecologist right. And at home, it’s not just hippies and teenagers marching. It’s also a growing number of the system’s own managers, who are silently connecting the dots while looking at their kids, and beginning to wonder whether the 5 or 10 or 15 k€ a month are really worth not being able to sleep at night. It’s engineering students, who dare to say “no” to big money because they don’t want to work for polluters, and the little punks even make their decision public in newspapers.

The game is far from over.

Even more so because, in the words of NASA climate scientist Peter Kalmus, “We’ve barely tried yet”.