Subscribe
Home > Featured Articles > What can we learn from the 6th Global Fund Replenishment Conference in Lyon? 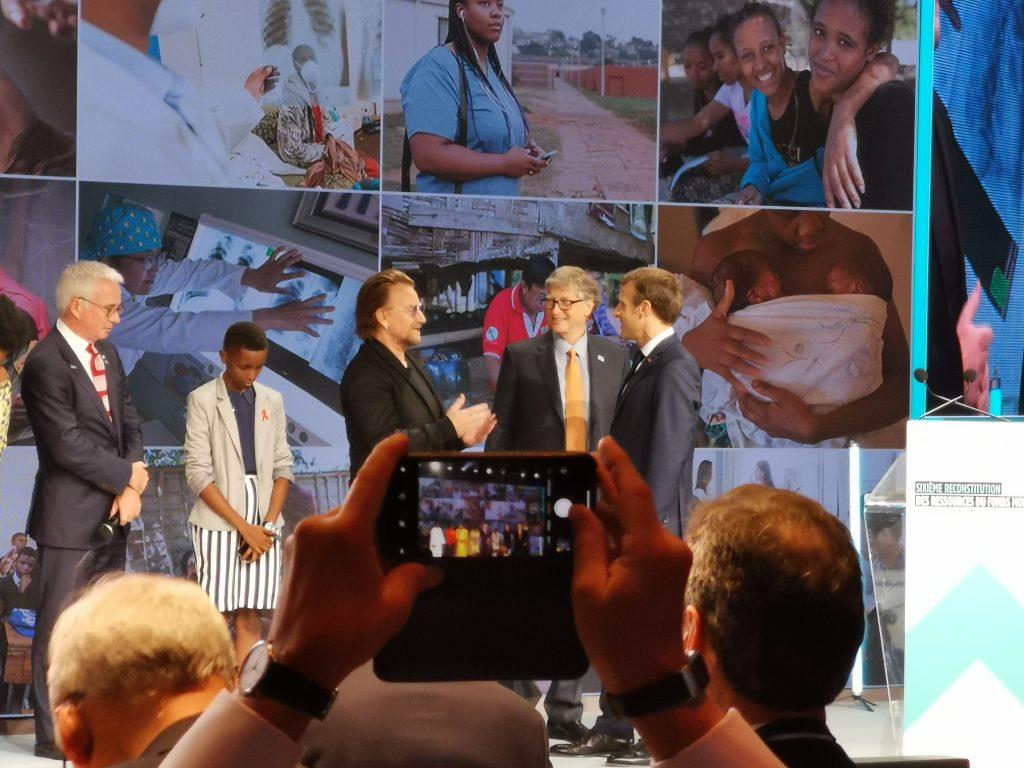 What can we learn from the 6th Global Fund Replenishment Conference in Lyon?

By Stéphanie Tchiombiano
on October 18, 2019

Funding for the Global Fund to Fight AIDS, Tuberculosis and Malaria is based on the organization of conferences during which various donors (States and private actors) make financial commitments for the next three years. After Canada (in 2016), France just hosted the latest edition, on October 9 and 10, 2019, at the Centre de Congrès in Lyon, under the slogan “Step Up the Fight“.

A financial mobilization unprecedented in the history of health

Never before has an international organization dedicated to health succeeded in mobilizing such a large amount of money. This mobilization is all the more important as it takes place in a context where the United Nations system, including WHO, has difficulty in securing funding. The target was to mobilize at least USD $14 billion (€12.7 billion), which the Global Fund estimates will save an additional 16 million lives. This financial target (considered insufficient by some) has almost been reached, with USD 13.928 billion in commitments at the conference and an additional USD 100 million to be sought by December. The slogan of a 15% increase in contributions over the previous conference in Canada was generally heard (USD $12,9 billions were pledged in Montreal).

Delegates from all over the world will have been on the alert throughout the conference. In the morning, Emmanuel Macron announced in his speech that the situation was critical, that the full amount wasn’t there yet, but that “no one would leave Lyon until we reach 14 billion”, calling on delegates to “put pressure”, announcing that he was going to make relentless phone calls and even citing by name certain States that “could do better”: “Call in your capitals. Harass the countries I mentioned. Go help me get the money within three hours.” With the finish line in sight, several countries made an additional gesture (including France, which finally increased its contribution by 20%, under strong pressure from the NGO sector, which demanded a 25% increase), following the momentum of “Peter, Bono and Bill”, as all three of them went on stage calling for increased funding: Peter Sands, the director of the Global Fund, Bono (the singer of U2, co-founder of the initiative (Red) and Bill Gates, the American billionaire who added $60 million in the final sprint. This symbolic staging and last-minute donation obviously helped to reinforce Bill Gates’ (problematic) weight in the global health ecosystem.

Strong engagement of civil society and the scientific community

One of the particularities of this replenishment conference was the mobilization of many actors, beyond the official delegations (several African heads of state were present): the organization of about fifteen side events, a “Die In” by the French association “Aides” in front of the Congress Centre, various stands, etc. The official ceremony was marked by a strong tribute to Kofi Annan (considered one of the founding fathers of the Global Fund) and by the intervention of several Nobel Prize winners, including Françoise Barré-Sinoussi (Nobel Prize in Medicine in 2008 for discovery of the HIV virus), who made a strong appeal to strengthen links between researchers, political decision-makers and field actors: “We need science”.

One of the highlights of this replenishment conference was the decision of many African countries to help finance the Global Fund. While some countries such as Côte d’Ivoire and Senegal were already donors, others such as Niger, Chad and the Central African Republic now also committed to financing the Global Fund (USD 1 million for the first two and USD 500,000 for the third), becoming both donors and recipients of the Global Fund. Several international NGOs, such as Catholic Relief Services, Cordaid or Plan International, are now also members of the Global Fund’s donor club (from which they in turn receive many funds in the countries of intervention). The financial flows of international aid sometimes make surprising detours.

The Global Fund remains very dependent on the US government, which is responsible for exactly one third of its budget (USD 4.680 billion) for the next three years (the US Congress having set itself the firm rule of not financing more than one third of the global budget). Next, come the United Kingdom (USD 1.716 billion), France (USD 1.429 billion) and Germany (USD 1.102 billion). The general dynamic of the event and the personal investment of Emmanuel Macron (who was said in the corridors of the congress centre to have “done the job”, together with Peter Sands’ team) did not succeed in mobilising new countries, beyond the G7 countries, and in particular the BRICS, which remain absent (Brazil, Russia) or very cautious (China, India, South Africa). Similarly, private sector actors remain very marginal funders, accounting for only 5% of the overall budget ( and they are almost non-existent if the Gates Foundation is removed) even though the Global Fund systematically emphasizes its “public-private” nature and the word “innovation” was certainly the word most often mentioned at the conference (together with the word “Bill”?).

In any case, the bet has paid off for France, which, by hosting this conference, seems to have regained its place among the “countries that count” within the Global Fund. It will have to move into action and support this financial effort with a mobilization at the highest level for global health issues in the coming months. The dynamic created by the replenishment conference should not only launch a new French dynamic in global health but also lead to a more in-depth reflection on the future of the Global Fund.