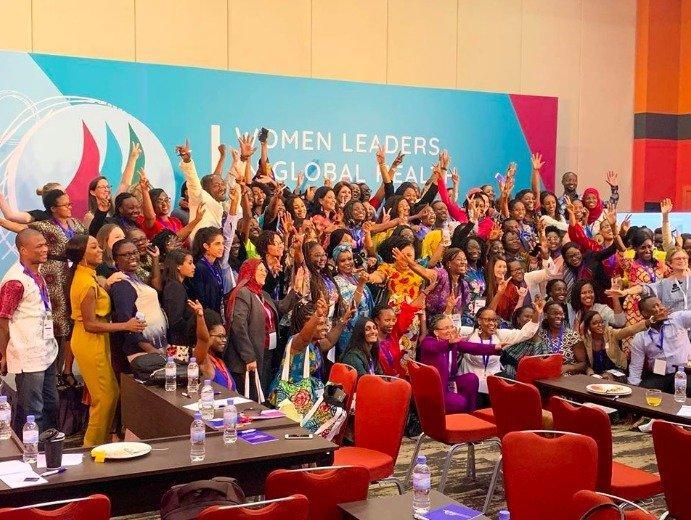 We all Leap Forward when Women Rise

‘We all leap forward when one woman tries, When she defies with her valiant cries, Here lies but does not rest, The best of test women, who call us all to rise’

March 8 each year (even in 2021!) is celebrated as International Women’s Day. The theme for 2021 is apt and relevant, “Women in Leadership: Achieving an equal future in a COVID-19 world”.  It recognises the phenomenal efforts of women and girls globally towards creating a future more equal for all, particularly in the context of the Covid-19 pandemic and recovery. This article seeks to understand the (differential) impact of gender on leadership.

Leadership positions across sectors remain largely  gendered, though to varying degrees in different regions, countries and cultures. Some regions and countries such as Scandinavia and New Zealand  demonstrate more evidence of women in leadership positions than others.

While the narrative of the need for women in leadership has picked up pace in the recent past, why is it that women continue to struggle more than men to climb the leadership ladder? I notice that women have to make more (difficult) choices and are more impacted by trade-offs such as the home-work balance, as they continue their ascent. While there are increasingly more stories of individual women being successful in leadership, overall, I wonder why women continue to be behind the curve and occupy fewer positions at the top as compared to men.

In general, ’what is perceived as “masculine” mindsets & values’ still determine most of our leadership spaces. Many cultures offer men a structural and a cultural advantage to lead – it’s a given, it’s the norm, and the system is built that way; and if it’s about power, of course it’s more likely to be a “Men-Only, Mostly-Men, or Preferably-Men” show. In the case of health workers, women make up nearly 70% of the health workforce. Yet, their roles are largely in lower paid cadres of health workers such as nurses, or as carers. Even within more female dominated cadres of health workers, it is not unusual to find men in leadership positions.

Women tend to be the managers behind the scenes who ensure systems work, processes are un-hindered and outcomes are delivered. Yet in many settings, as leaders, they are not seen as skilled or able, and are often perceived as not confident, lacking and second-best to their male colleagues. More, in order to be “successful” in these settings, adaptation is expected, women have to adjust in order to conform to male colleagues and having an opinion could mean exclusion, even being seen as a threat. Could it be that history has meant our systems have mostly been built in ways that allow men to lead and women to follow?

Let me challenge this as I believe that when skilled empowered women lead, everyone benefits. Never before has this been more important – countries (Denmark, Finland, New Zealand, and more) that made unprecedented progress in winning over the virus, were often led by women. The leaders from these countries have braved their challenges well, surpassing all odds to create exemplary examples of transformative leadership.

Could it be true that women bring a greater depth of compassion, empathy, fairness?  Bringing a wider overview of the situation set in broad contexts and inter-sections, decisiveness, efficiency, fact-based decision making and so much more, all of which benefit the current climate that demands these qualities from 21st century leadership. I wonder whether women’s domestic and maternal experiences have a lot to contribute to decisions made in their work roles- and those insights benefit all. Leading me to ask if the feminine ability to manage is therefore largely natural, whereas for men it could be acquired, and a skill that takes effort and practice?

Leadership is hard work and I would argue that the average woman leader with her wider life experience pays great(er) attention to people’s sense of purpose, engages more with the communities they support, ensures evidence based-decisions, coupled with courage, deep empathy and an undefeated will. They are deliberate about their decisions, intentional about being fair and their capacity to self-govern is inspiring. And let’s face it, the math adds up as well: in many sectors women constitute the majority of the workforce – it makes complete sense to have women lead more! If we recognise this is the correct and most appropriate thing to do, what’s stopping us?

Men as allies to support women in their leadership journey could be a start. To be comfortable with a woman leader- to see her as competent, to be able to respect her and to work with her to create an optimal work culture could be a way forward. And this could begin at home, closer to home and in one own’s work space- there could be a ripple effect, influencing those around. But the premise is clear:  leadership by both men & women is needed, on an equitable basis. It’s when there’s balance in leadership that organisations and countries are performing best, in the medium to long term. And mind you, this is the 21st century.

Professional networks that encourage women to lead, fellowships and scholarships for skill-sets and competencies, mentorship for leadership, peer- support, visibility, supportive environments, and contexts have all helped to groom emerging women leaders, worldwide. Gender monitoring and impact, gendered reporting and data disaggregation help keep the focus on the current gender hierarchies, address the imbalances and take deliberate action to remedy them. Organisational culture should be purposeful and mindful of the need for a gendered approach and work towards establishing norms for gender equality.  Women who make it to the top, could encourage emerging leaders up the ladder, allowing the glass ceiling they shattered to become the floor for those who come after them!

Now more than ever, while it is important for more women to lead, equally important is to raise men who are supportive of women, and take an equal, if not equitable role in life with their partners.

“Women belong in all places where decisions are being made.” -Ruth Bader Ginsburg

The author acknowledges Dave Thornton for his contributions.

Shubha Nagesh is a medical doctor and a public health physician based in the Himalayan state of India, Uttarakhand. She is the Chapter development Manager, Asia-Pacific & Middle-East at Women in Global Health. The focus of her work is Gender Transformative Leadership.