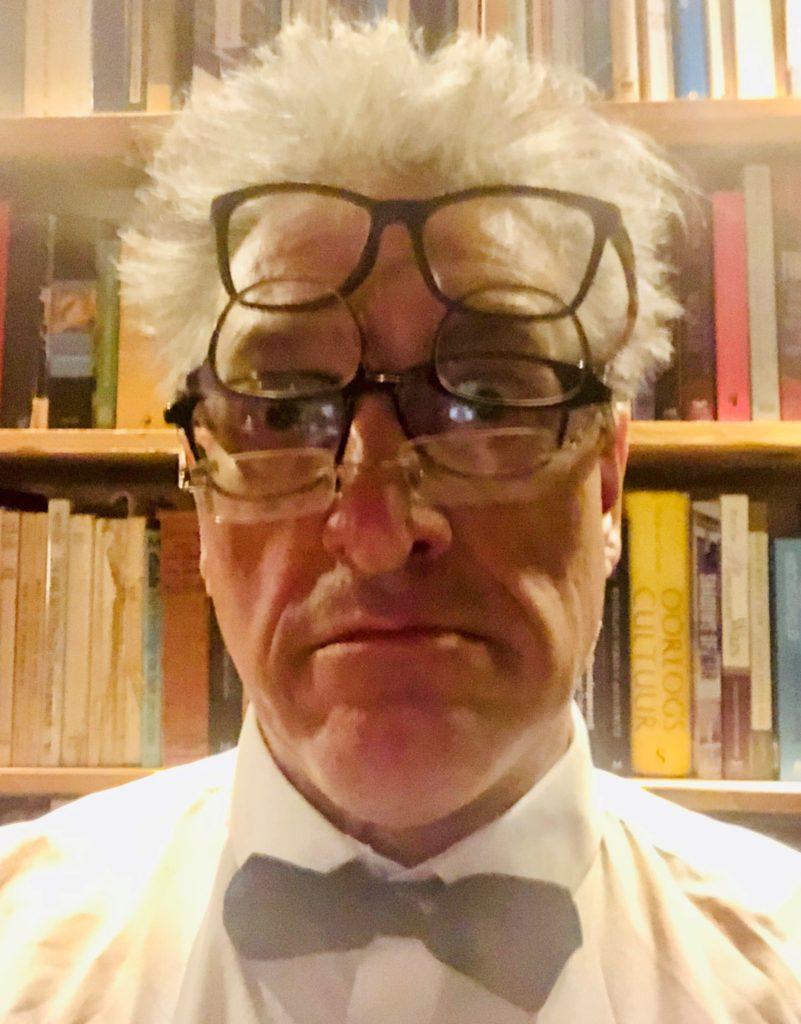 The first anniversary of the C-thing has not gone unnoticed. Anniversaries provide moments to take stock, look back and think about what might come next. Last Spring, the early enthusiasm for transformational change was more tangible in the air than aerosols -but now, on our way to 3 million casualties worldwide, it seems only artists and philosophers  still continue the conversation about what actually makes life worth living, how to deal with political challenges, and how we need to relate this short or midterm challenge to the bigger one looming behind, the climate crisis. The great visions of a ‘new normal’ don’t leave a big footprint in ordinary politics so far.

Case in point, my country, the Netherlands. Still better known for its tulips, windmills, and mud-sucking expertise  than for ‘intelligent’ lockdowns or speedy vaccination, perhaps, but we still do elections!  Almost exactly on the (first?) C-anniversary, and just two months after the government resigned, after admitting to having failed tens of thousands of citizens wrongly accused of cheating the child benefits system. The outcome was quite sobering : nothing changed, power remains in the same hands, and populist parties are still riding high, this time on the back of Covid-sceptics. I begin to see why my West-Flemish colleague found it necessary this week to point out that Belgium (125th) outranks the Netherlands (146th ) on the sustainable development index. But, nevertheless, “pathologically enthusiastic” as I have been labelled, I will try to put into words my present state of mind after all this.

That state is best described by a word that was, yes, uncanny for me when I stumbled upon it for the first time  as a non-native English speaker: ‘uncanny’. Decades ago, I was trying to make sense of Collective Violence and Trauma, and the word ‘uncanny’, used in an attempt to describe the interaction between psychic and social trauma, stuck with me. ‘Uncanny’…’unheimlich’, an unsettling feeling, also a kind of “intellectual uncertainty … “  (For the fans: our helpful friend Freud has (a lot) more about ‘the uncanny’.)

One year into the pandemic, when the Covid-19 fatigue seems to slowly but irresistibly break the spirit for alternative ideas and hopeful outcomes, and confronted with Dutch election results that very much confirmed this (with the usual mix of old-style-non-accountable ‘leadership’ and populist fake-news lovers), I feel ‘unheimlich’!

Unheimlich, uncanny, because I see that science increasingly fails to convince people (sometimes for good reason), and we seem to be caught in a race to the bottom in the ‘health versus economy’ discussion, and stuck in a moral wasteland because the much-needed discussion between short-term individual survival and long-term survival of our species has been hijacked by conspiracy thinkers obsessed with their personal neoliberal perversities.

Oops! What to do? And what does all of this have to do with public health? As I can’t help myself, I will give it a pathologically enthusiastic try.

The concept ‘uncanny’ helps to understand how non-scientific aspects of being sick – the ‘uncanny’ feeling of becoming ill – are necessary to understand the illness experience and reconsider even the purpose of medicine. And in psychiatry, there is a call to shift the status of the patient from object of study to subject,  in a phenomenological approach where everyone’s perceptions and experiences are heard, accepted, and valued – and not only the diagnosis counts as “truth”. These are only two examples, but if I take a step backwards, I detect beneath quick comments and tons of publications a growing urge to return, in the words of phenomenology’s founder Edmund Husserl, “to the things themselves”. Let’s focus on ‘thinking’ a little more, in addition to measuring.

In our public health work we might want to start asking more uncanny questions about “the things themselves” again, dig up Weber and his concept of ‘verstehen’  and try to complement and deepen the knowledge based on processed data (only). Nothing wrong with data, but you know… the meshes of the net we throw out to capture the raw data always let things through and other things out…and then we use them to build models that tell us how long the lockdown will last – among other food for contentious debate. Okay, the difference between natural and social science methods…nothing new, I hear you say! But here comes Freud again: the “uncanny is in reality nothing new or alien, but something which is familiar and old-established in the mind and which has become alienated from it through the process of repression.’’

So I will capitalize on my uncanny feeling to explore the things and question the data – though not the facts! I will keep remembering that the map is not the territory, keep thinking that asking the right question is more important than having the right answer, and I won’t  forget that the last thing to get out of Pandora’s box is Hope! (regardless of that other old fellow Nietzsche, who considered hope to be the worst of all evils…)

PS: I have an uncanny feeling that by now, my abovementioned colleague reckons that instead of ‘pathologically enthusiastic’, just ‘pathological’ will do…