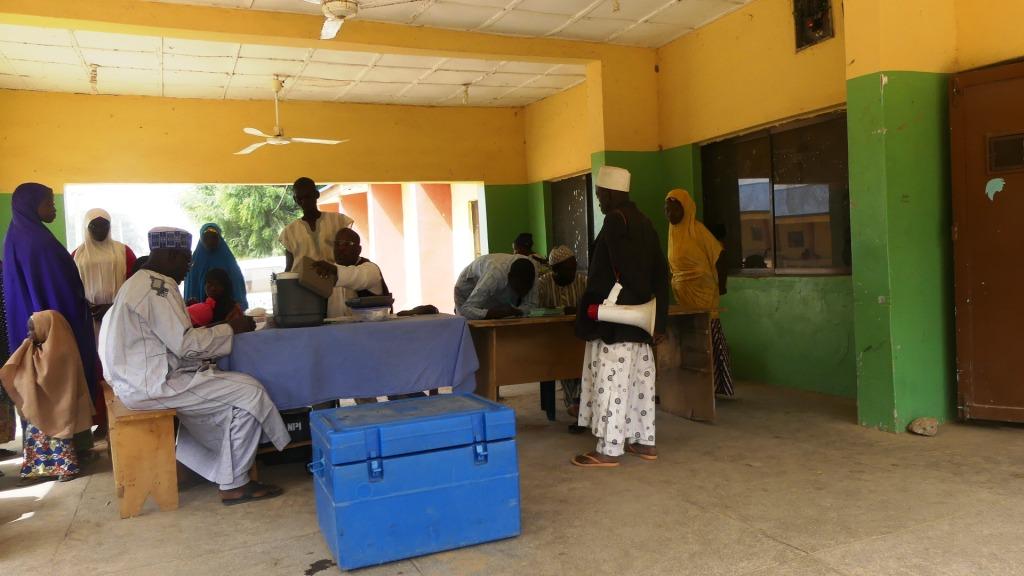 The mid-term JEE 2019 in Nigeria: a need to boost epidemic preparedness further

In the third week of November 2019, experts in health security from 29 Nigerian ministries, departments and agencies gathered. Their task was to use a 49-indicator tool of the World Health Organisation to access Nigeria’s capacity to detect, prevent or respond to a disease outbreak—in effect, whether the country was prepared to handle one.

Preparedness was assessed in 19 technical areas, and the result validated by a mission team from WHO, Public Health England, Resolve, the US CDC, AfeNET, ProHealth and University of Maryland.  Nigeria had previously undergone the same assessment, called the Joint External Evaluation, in 2017, scoring 39% at the time. A review of the assessment comes up every five years. But the country  underwent the same assessment two years later, a mid-term evaluation to find out how prepared it was for an epidemic.

The so called “Ready Score”  is a measurement of a country’s ability to find, stop and prevent health threats. It’s the average score of 19 preparedness areas. There are five levels of preparedness.  To be considered ‘ready,’ a country has to score 80% or more.

The mid-term JEE score was 46%—seven points over the previous score in 2017. This score means “the country has work to do to prepare for the next epidemic,” according to the legend on preventepidemics.org (PreventEpidemics.org provides country-level information on epidemic preparedness).  “They are committed to improving preparedness, but an outbreak today could cause deaths and cross borders.”

The previous score of 39%, and any score lower (0-39 %) signalled the country wasn’t ready for the next epidemic.

There has been some progress since 2017, but much more needs to be done.

Consider a traffic light to indicate Nigeria’s result in 2017: at the time, the country had no green in any of the 19 technical areas under consideration. It scored the highest on “workforce development,” followed by real-time surveillance.

(PS: The Key 7 Ready Score factors   listed here are the 7 technical areas that the Resolve to Save Lives   team focuses on, selected from the 19 areas assessed by the JEE. These 7 areas are the foundational technical areas for epidemic preparedness that contribute to health system strengthening. The remaining 12 areas build off of the strong systems that the Key 7 form.)

Each of the seven are areas have been very weak until 2014 when the Ebola virus disease ravaged West Africa and entered Nigeria.

Existing framework and command structures already in place for polio—a disease the country has been battling for decades—were deployed to tackle Ebola. It is a strength that the JEE highlighted.

As for the results in the mid-term review (2019), as mentioned elsewhere, “According to the mid-term report, currently, immunization is Nigeria’s area of strength – in part because of Nigeria’s emergency operations centre and robust laboratory systems that can quickly diagnose infectious diseases. But Nigeria’s areas of gap include monitoring systems that can spot unusual health reports from local clinics, and trained disease detectives who are ready to be rapidly deployed when a new health threat is reported. Other gaps reflect the need to strengthen biosafety and biosecurity, national legislation, policy and financing, preparedness, linking public health and security authorities, national laboratory system, emergency response operations, and real-time surveillance.”

So there are still quite some gaps—areas that Nigeria should prioritise so that it is better prepared to find, stop and prevent epidemics.

Increased importance of the NCDC in recent years

Before the Ebola outbreak in West Africa, the Nigeria Centre for Disease Control (NCDC) was low profile, confined to a couple of rooms in a wing of the Federal Ministry of Health Secretariat in Abuja’s Central Business District. The act establishing it only got presidential assent in November 2018.

After Ebola, the importance and profile of the NCDC changed. It has become more proactive and visible—and Nigerians are only now beginning to see its central role in outbreak response.

It is also central to what the National Action Planning for Health Security (NAPHS) developed for the country—a multi-year planning process that can accelerate implementation of core capacities outlined in International Health Regulations (IHR).

But its success depends on how well the NCDC manages to carry out its tasks—not just in responding but more importantly in preparing and preventing. It already heads technical working groups that coordinate work on monkey pox, lassa fever, meningitis, measles, cholera, influenza, ebola, antimicrobial resistance and IHR.

During outbreaks, the groups break up and move into emergency operations centres at the heart of the central-command structures that control incident management.

In 2018, it deployed 51 rapid response teams to manage outbreaks around the country—each team with at least one trained field epidemiologist. The Centre also works to train state officials in disease response and preparedness. A network of 41 laboratories work to identify pathogens responsible for individual outbreaks.

But that’s not nearly enough.

Early January 2020, only a handful of laboratories were capable of running a real time polymerase chain reaction test for coronavirus, barring the availability of reagents. The entry of Covid-19 in Nigeria provoked an emergency response—that’s including funding, material support and donations. Some have gone to help set up and equip PCR labs, like the one in Kano, and train workers.

By the Centre’s own reckoning, the JEE showed progress since 2017 in “legislation, policy and financing; zoonotic disease; biosafety and biosecurity; laboratory system; reporting; emergency preparedness; and response operations; medical countermeasures and risk communication,” it said. “In other areas, there has been no change or a decrease in capacity.”

That could hamper its ability to implement the NAPHS. NAPHS already sees poor coordination among government ministries, departments and agencies implementing IHR—for instance, agriculture, environment and health have no clear understanding on the country’s implementation of the IHR core.

There are too many prioritised activities, some overambitious ones to be implemented by MDAs, and many are not entirely included in the annual work plans, and often have no backing budget, according to an NCDC document on the protocol. The document also speaks of a lack of formal communication and coordination even within the MDAs, and insufficient funding to fully implement prioritised activities, apart from “outside external funding sources”.

There is always a disease somewhere in the country but only preparedness can prevent an outbreak. Otherwise, epidemics are inevitable—and will be costly, according to Resolve to Save Lives, a $225-million five-year initiative which aims to save millions from cardiovascular disease and make the world safer from epidemics.

In the wake of the 2003 SARS epidemic, the World Bank estimated that China’s GDP shrank by 0.5% with the global GDP falling by $40 billion. The cost of the West Africa Ebola outbreak is estimated at US $53 billion from the mortality and economic impact, similar to the cost of H1N1 (US $45 to 55 billion).

In 2018, a model showed the vulnerability of the world to a pandemic in terms of economic loss. Nigeria fell smack in the red zone, where a pandemic could wipe out more than 2% of gross domestic product—that’s a shortfall of $2.5 billion. In naira, that’s N974 billion—more than the entire budget of Lagos last year.

There is agreement that Nigeria has to galvanise support to maintain gains recorded in epidemic preparedness between 2017 and 2019.

Key to the budget are increased allocation, release and tracking. Also key is to ensure accountability, transparency and equity that is more sustainable than in the sort of emergency response funding that’s been prompted by the Covid-19 outbreak.

“It is very important for us to maintain and strengthen our multi-sectoral collaboration for health security,” said NCDC director-general Chikwe Ihekweazu when Nigeria’s 2019 JEE rating was made public.

“We are only as strong as our weakest link so progress in only one sector alone is not the progress we need. We have to take everyone along.”

A roundtable last August for experts to evaluate Nigeria’s preparedness was telling, even before the JEE result was announced.

On the panel was Tom Frieden, a former director of the US Centre for Disease Control. He recalled the moment Ebola entered Nigeria as the “scariest moment” in all his eight years as the director of the CDC. The virus was already in Guinea, Sierra Leone and Liberia, and was then coming to Lagos—a city with the same population as those three countries combined and 10 times the air traffic. Urban transmission was a real lesson, and the potential was scary.

Nigeria came through it. Since then there have been a number of national epidemics but none has raised as much hackles as the ongoing coronavirus pandemic.

“Nigeria is really making a lot of effort to increase the ability to train people on these systems and develop these systems, but to sustain them will require a sustained investment from the government.”

What Nigeria hopes is that the lessons it has learnt from past epidemics (including the gaps it has filled and the strengths it has maximised), can help it through the ongoing Covid-19 pandemic. Meanwhile, it is vital to boost the country’s epidemic preparedness further.

Journalist, member of WANEL Community of Practice & IHP Correspondent Nigeria. She can be reached at vanessa.offiong@gmail.com