Subscribe
Home > Featured Articles > The impact of insecurity on access to care in the local health system of Djenné, Mali – and what is being done about it 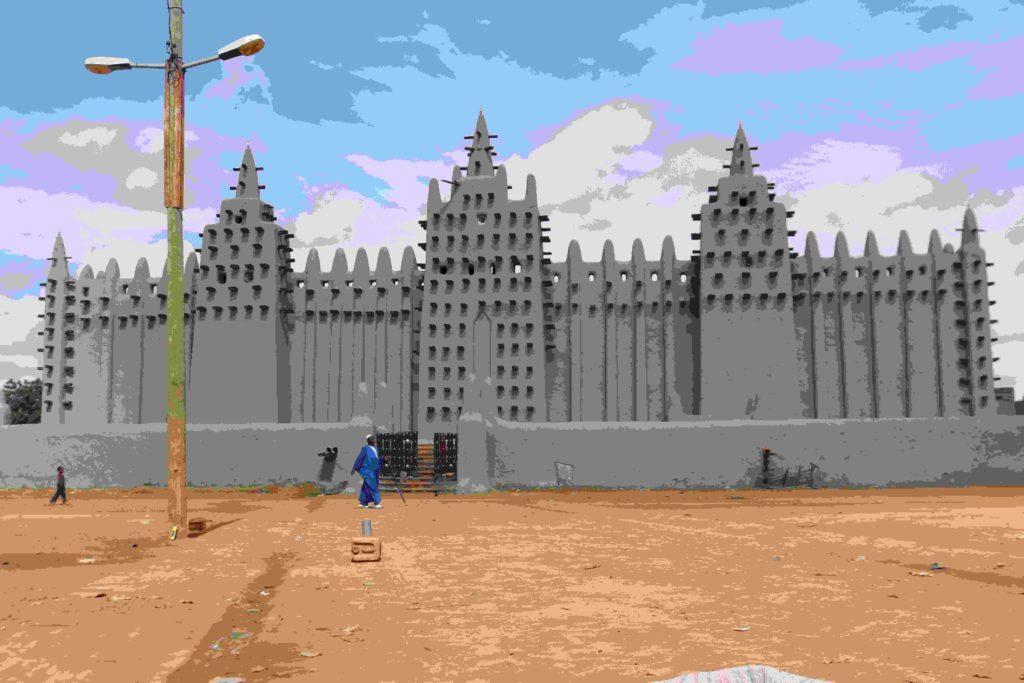 The impact of insecurity on access to care in the local health system of Djenné, Mali – and what is being done about it

Since 2012, Mali has been facing a socio-political crisis due to terrorists and rebels in the north, and an inter-community conflict in the center. Illegal armed groups, both jihadist and non-jihadist ones, have been spreading terror, taking advantage of the weakness (or even absence) of state services to establish their rule at the expense of the lives of invaded communities. In addition, different ethnic communities (often harbouring quite some frustrations from their sometimes difficult cohabitation), also started exploiting the chaos to get their own revenge.  The deteriorating security situation, which has intensified over the past few years, has sparked no less than three coups in Mali so far (in 2012, and more recently, in 2020 and 2021).

Against that dire backdrop, Mali is obviously quite far removed from some of the lofty goals in its constitution. According to Articles 2 and 17 of the  constitution of the Republic of Mali, every individual has the right to life, liberty, security, health, and social protection. With that in mind, the country has set as its goal the achievement of development objectives related to human health. Over the years some strategic development plans have been put in place with the support of technical and financial partners (UNICEF, World Bank, WHO, …). Unfortunately, the political and security crisis of the past years has jeopardized all these  plans.

In this article, we will first explore the challenges in a health district which faces severe insecurity, the Djenné local health system. In a second part, we’ll cover the strategies used by humanitarian actors to maintain some services nevertheless.

Insecurity in Djenné and impact on health services

All these challenges are obviously important, but the consequences of insecurity on access to health care should no doubt get most attention.  Indeed, the conflict creates insecurity which in turn generates fear. In this disorder where terror reigns, what are the consequences on the use of health services by the population?

According to current information from the district, three out of the twelve municipalities are nowadays the epicenter of serious insecurity. There are attacks on communities by terrorists, the presence of anti-personnel mines, … As you can imagine, the main objective of the population in this area (52.196 people of whom 2.611 are pregnant women), is therefore to survive from day to day. Health care is no longer a priority; not for pregnant women, nor for children, and even less for the elderly or those with non-communicable diseases.

In a health area where different communities normally share the same health center, people go less and less to this health facility, because they no longer trust the community relays, community health workers or even health care center providers of a different ethnic group than their own. As an example, even in case of emergency, the population now prefers to seek traditional healers in the surrounding area, rather than expose themselves to the risk of being attacked or even killed.

The minimal services offered in the community by matrons (who are involved in maternal care), relays and community health workers are under huge pressure now due to: (1) a lack of trust if these agents are not from the same ethnicity as the patients; (2) in case their stock of items runs out, travelling to replace them exposes them to the risk of attack, and/or  interpersonal mines on the road; (3) in case of evacuation of a patient in serious condition, risks are similar.

As for the health care personnel who work in the health centers, they are increasingly exposed to attacks and kidnapping. Just like in other places around the world, health facilities and medical personnel in the region are targeted by warring parties, in clear contradiction to international law.  Fear thus explains why some health care staff assigned to this area refuse to go there to take up their duties. As a result, the few staff on the ground are easily exhausted and find it difficult to effectively provide health services to the needy. Health facilities display an annual rate of services of less than 25%.

As for routine immunization in Djenné district, although a national report (pdf) points out more than 77% of children from 0 to 59 months have been vaccinated on EPI (Expanded Program for Immunization), field data show a much lower rate.  Vaccination coverage has dropped from 93.8% in 2017 to below 65% in early 2021.

The quality and quantity of curative care is also decreasing. Emerging diseases may reappear.Prevention activities are no longer possible, thus failing to detect cases of malnutrition, and the community can no longer allow pregnant women to leave the security zone (this “safe zone” is the common space in which people of the same ethnicity, religion and/or culture can move safely).

In this “minefield” of challenges and problems, both national and international NGOs (eg: Norwegian Refugee Council, MSF) still carry out activities.  Not without danger, though, and after having demonstrated transparency of the purpose of their presence and proof of their neutrality in this inter-community conflict.

NGOs usually use a community outreach strategy that proves their neutrality so that the population automatically sees the benefit of their action. The NGOs always guarantee transparency in their actions towards the state as well  and very often put forward natives of the intervention zones as official and natural leaders. Like in other conflict settings, community health workers carry out awareness-raising activities in their villages,   helping to raise awareness of local health services and restore the confidence of their users.

Some NGOs have implemented strategies such as a Decentralized Model of Care (DMC) and One-Shot, to reach their targets.  The first, DMC (set up by MSF), aims to identify and train one or more community members to be able to diagnose and treat simple common diseases (malaria, malnutrition, diarrhea), while ensuring that they remain in their “safe zone”. The medical stock is renewed through the humanitarian corridor that moves from zone to zone with the agreement of the armed groups on site. The first principle of this strategy is to reduce the “medical desert” (area without health facilities). The DMC (person) is respected, accepted by the community, can read and write and is neutral with respect to the ongoing conflict. This DMC strategy aligns to some extent with a community health worker strategy.

The second strategy used is the ONE-SHOT strategy, whereby the NGO goes to communities identified in advance, which have not received any health services for several months. The medical team goes there with the necessary equipment for curative, preventive, and promotional care. In some cases, the date and place of this activity is not disclosed in advance to avoid any ambush. In other cases, an agreement is first negotiated with armed groups, before going on site. Once on site, the NGO consults sick people, pregnant and breastfeeding women and performs routine vaccination of children. Cases that cannot be diagnosed and treated on site are referred to the appropriate health centers.

A local proverb says “The race will only be over when the last rider crosses the line”. Clearly, there is no miraculous solution to the difficulty of access to health care by the population of Djenné (and similar health districts). The problem is complex and will certainly not be solved at local level (only). Frustrations have accumulated about the inequality in the distribution of the country’s wealth, there’s flagrant corruption and above all a great feeling of abandonment of the population of the center by the State. Let’s hope also these issues are dealt with in the coming years.

Easier said than done, though.