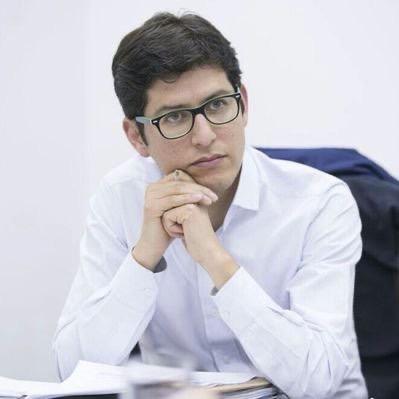 The downside of Regulatory Reliance: A Latin American take

In 2021, the World Health Organization released the Global Benchmarking Tool (GBT), revision VI, to support member states to strengthen national regulatory systems. GBT strongly supports the concept of regulatory reliance. The reliance concept is grounded in the idea that a national regulator relies on and adopts decisions taken by a regulator in another jurisdiction. In this short article, I argue how some decisions regarding marketing approval of new products could jeopardize regulators, health systems, and patients in countries that tend to rely on third parties, usually low-and-middle-income countries.

In 1996, under President Clinton´s administration, the US Food and Drug Administration (FDA) changed the rules for marketing authorization of new drugs. Back then, the new regulation allowed new medicinal products to be approved using non-validated surrogate endpoints, under the expectation that clinical endpoints would be studied and demonstrated once the drug had entered the market. The so-called special regulatory pathways for marketing approval are based on this idea.

After 25 years, there is plenty of evidence regarding the impact of this model on the quality of marketing approvals. A couple of examples. In 2020, Zang et al published in JAMA Open Network an analysis of the clinical trials supporting the approval of novel therapeutic agents by the US FDA over the last 3 decades. Authors concluded that the use of special regulatory programmes had increased over the years, while the quality of the clinical trials supporting the approvals had decreased. Along the same lines, Davis and col., (2017) reported in the BMJ that half (49%) of the new oncologic drugs approved by the European Medicines Agency (EMA) failed to report on the clinical endpoints that actually matter to cancer patients, either overall survival or quality of life, even 5 years after approval. In other words, some drugs were already on the European market for 5 years without any proof of prolonging life or improving the quality of life.

Now, let´s turn the view to Latin America and the Caribbean (LAC) to see how many countries are directly accepting, through the reliance mechanism, new medicinal products based on the sole argument that those agents were already approved by regulatory authorities elsewhere. As we reported in the Pan American Journal of Public Health (2021), 13 out of 20 LAC regulatory authorities have modified their approval requirements to directly recognize or abbreviate the marketing authorization of new products in case of earlier approval by a regulator from another jurisdiction, mainly the US FDA, the EMA and Health Canada. For instance, countries such as Colombia and Paraguay could rely on up to 14 and 15 foreign regulators, respectively.

This evidence shows a drawback of the reliance model. By approving new drugs based on this mechanism, Latin American and Caribbean countries (as well as countries in some other regions) are absorbing problems from  an imperfect pharmaceutical innovation model. Reliance may optimize marketing authorization by speeding access to essential medicines, which is desirable. However, regulatory efficiency must not jeopardize in-depth evaluation of new medicines. Reliance may foster cooperation and resource optimization, but it may also decrease transparency of approval pathways, induce loss of national control over approvals of doubtful and expensive new medicines, and promote quick approvals where capacities to supervise these new medicines after marketing authorization, and even to cancel them, are almost nonexistent. Patients deserve better drugs, but this does not mean to approve them as fast as possible, regardless of how effective they are and how much they cost.

Carlos Durán is an Ecuadorian medical doctor with experience in the fields of Drug Utilization Research, Public Health, and Pharmaceutical Policy. Currently, he holds a position as Assistant Professor in the Julius Center for Health Sciences and Primary Care at University Medical Center Utrecht, the Netherlands. He is also affiliated as Associate Researcher to the Think Tank 'Medicines, Information and Power' at National University of Colombia. For the last 13 years, he has been the Editor-in-chief of the Ecuadorian Green Book of Medicines, a source of independent therapeutic information.