Subscribe
Home > Featured Articles > The ‘Down’ side to the 2020 Oscars 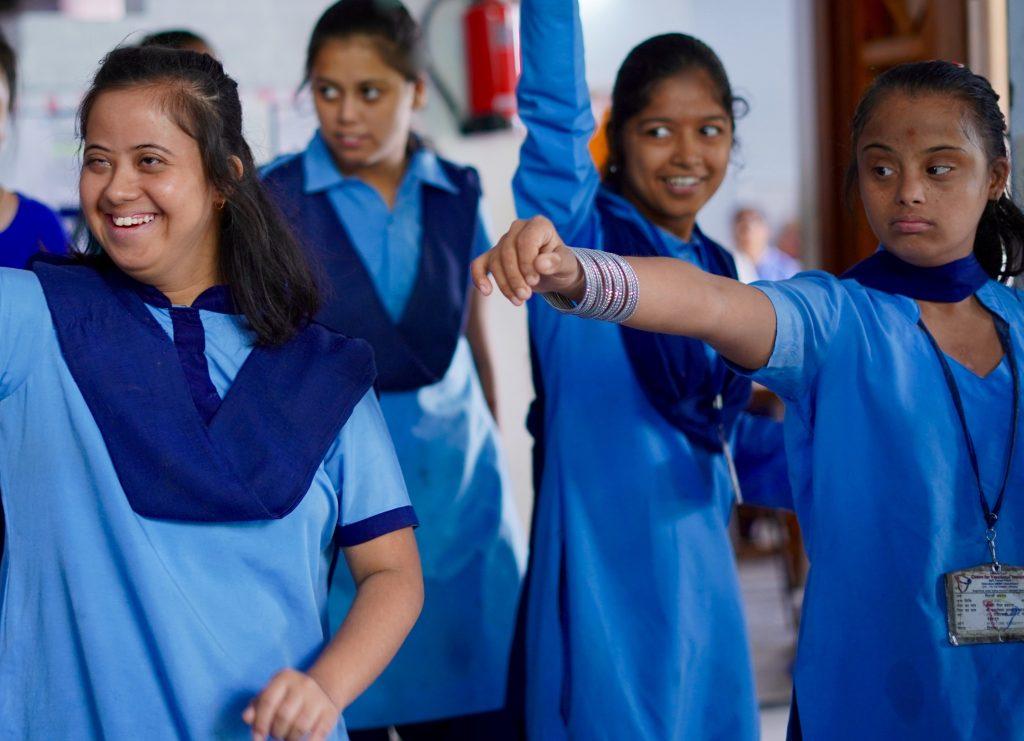 The 2020 Oscars made history for multiple reasons, among others: a foreign language film took the top prize, an actor from a Netflix series won, and one winner had 52 nominations in his lifetime!

What stood out for me, however, as a significant moment in the ceremony was when The Peanut Butter Falcon actor Zack Gottsagen took the stage with his co-star Shia La-Beouf, to become the first presenter with Down syndrome in the ceremony’s history. The Peanut Butter Falcon is an utterly heart-warming movie and captures vividly the life of Zak, a Down syndrome person living in an assisted living home, who runs away to pursue his dream of becoming a wrestler.  On his way, he meets Tyler, a criminal on the run, and the two make a lovely bond as they spend their days getting to know more about each other and the world around them.

As someone who works for Persons With Disabilities, the world’s largest minority population, in a context where the invisibility of disability cannot be overemphasized, moments like these bring hope, joy and visibility.  Coming from a context where disability is not exactly welcomed and continues to be seen as ‘inability with a lot of stigma’, a movie like The Peanut Butter Falcon, is very timely (I do hope the Indian cinemas screen this gem). I agree with Stephen Frost who in his recent book states, “The Inclusion Imperative: How Real Inclusion creates Better Business and Builds Better Societies” when he says that diversity is a reality and inclusion is a choice; a deliberate and intentional choice.

Down syndrome is considered an intellectual disability, consisting of both physical and mental attributes, resulting from a third copy of the twenty-first chromosome. It is the largest single cause of intellectual disability and continues to be the most common chromosomal disorder. Between 1960- 2007, life expectancy has increased dramatically, from around 10 years in 1960 to 47 years in 2007.

Across the world, people with Down syndrome are breaking stereotypes and have achieved great successes. Isabelle Springmuhl made history as the first fashion designer to be featured at the London Fashion Week, and has her own Down to Xjabelle range designed specifically for the unique body shape of women with Down syndrome; Madeline Stuart is the first professional model with Down syndrome; Lauren Potter, an actress serves as the goodwill ambassador for the special Olympic games and is a popular activist; Angela Bachiller is the first person with Down syndrome to hold public office in Spain and works towards equal rights for persons with disabilities. There are so many more.

In India, and specifically where I work, Uttarakhand, the Himalayan state of India, we don’t see enough inclusion in society for persons with disabilities (particularly for young adults). We don’t see young adults with disabilities in parks, at the cinemas or in playgrounds as much as they should be. They are often isolated, marginalized and sometimes even hidden in their homes. Bullying is common and the parents prefer for their children with disabilities to stay indoors, safe. As they need more supervision and supportive assistance, which is hard to come by, they find few opportunities to socialize.

For families with young adults with Down syndrome, it is vital to enable them with accurate information, education on accelerated aging and common medical issues, practical living arrangements, social connectedness and support them by setting the stage for adulthood and old age, all with positive approach and action.

As a society, we have an obligation and a responsibility to accommodate and nurture persons with different abilities to their optimal potential. As an organization we are committed to working with young adults with Down syndrome to shift mindsets, improve attitudes and create a better world for persons with Down syndrome. As a person who works to create effective and accessible environments for children with Down syndrome and other disabilities, a strong will to change things for the better, creation of services closer to the homes in remote locations, encouraging inclusion in schools and removing barriers to access services, particularly for girls with Down syndrome is the way forward.

Inclusion of persons with Down syndrome with adequate and appropriate support for health, education, employment, social opportunities and empowerment will enable healthy populations. This, in turn, could mean more equity, more inclusive development and more prosperity for all. Countries, globally, should aim to “Swing for the fences” here as well, for they face serious losses in economic terms if they exclude persons with disabilities from employment. Governments the world over should understand that inclusion is the way forward – investing in persons with disabilities is one of the smartest investments the world can make today.

Finally, and far more importantly (than smart investments), there is a strong need for Love. As I read somewhere, Love does not count extra chromosomes!

Shubha is a medical doctor by training and works with The Latika Roy Foundation, a non-profit that supports children with developmental disabilities in the Himalayan state of India. She strives to make Childhood Disability a global health priority. South-Asia correspondent for IHP.