Subscribe
Home > Featured Articles > The digital divide: The new “Covid-19 world”, a threat to equity and inclusiveness of young professionals at international conferences. 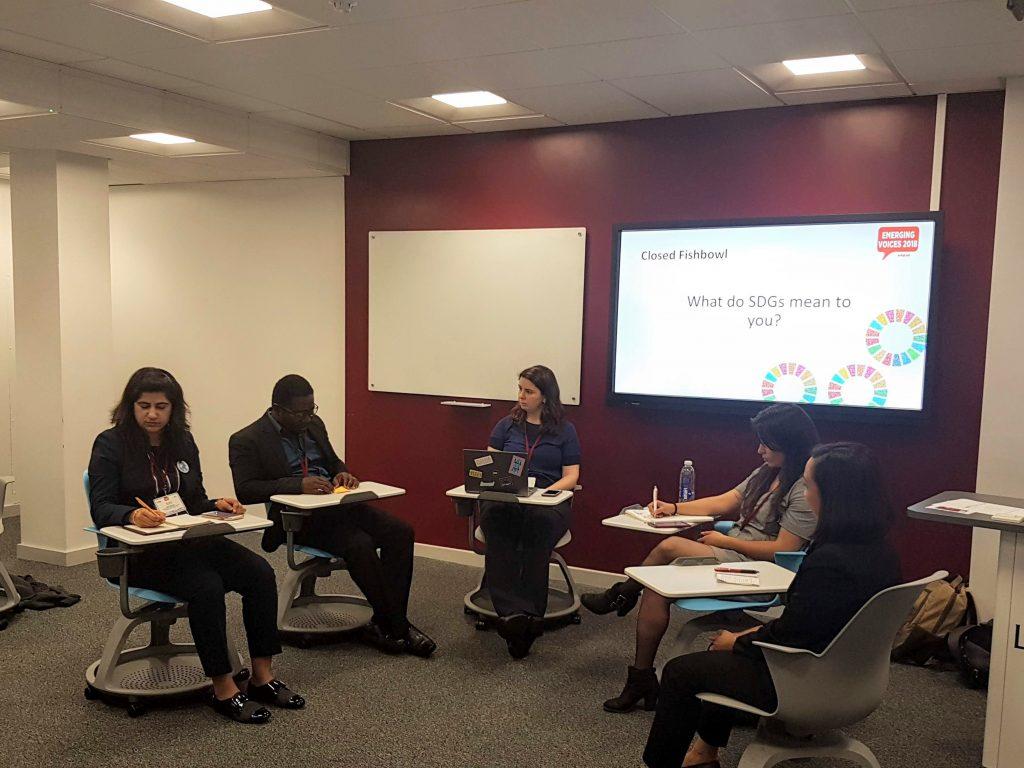 The digital divide: The new “Covid-19 world”, a threat to equity and inclusiveness of young professionals at international conferences.

The novel Coronavirus Disease (COVID-19) pandemic has sent the world into a state of panic leading, among others, to closure of international borders and the threat of another global economic meltdown. The global health security crisis also tests the resilience and functioning of health systems all over the world. In less than five months, COVID-19 has spread to over 213 countries and territories. There are now over 4.7 million confirmed cases and more than 313,000 deaths, and this was only the ‘first wave’ in most countries.  It’s a global tragedy, no less.

The disruption didn’t spare education and capacity building efforts. In the slipstream of  revised plans for the 6th Global Symposium on Health Systems Research (HSR2020), announced last week, the Covid-19 pandemic also heavily impacts on a capacity building blended training program organized and conducted by the Emerging Voices for Global Health Network (EV4GH). EV4GH is a network of young professionals mainly from the ‘global south’. The EV4GH program deliberately selects a cohort of early career young professionals, mainly researchers in health systems, living or working in Low- and Middle-Income Countries (LMICs) with an interest to engage critically on global health issues that have local relevance within their country/local health systems. EV4GH program provides training, mentoring, and networking opportunities for young health researchers and professionals with a focus on those from the global south.

The 7th edition of the Emerging Voices blended training program was scheduled to take place from August till November 2020, linked to the Sixth Global Symposium on Health Systems Research, with among others a F2F program starting end of October in Dubai (and ending on 13 November). As was the case in past editions of the EV program, the Dubai 2020 EV venture has a host institution, the Mohammed Bin Rashid School of Government (MBRSG), Dubai, United Arab Emirates. The 7th edition of the EV program also marks the  10th anniversary of the EV4GH network.

After the recent announcement to transform HSR2020 into a ‘global virtual event’ ( but still with the aim to “re-imagine our health systems for better health and social justice, to build resilient systems that will bend but not break in the face of the storm”), a core part of the EV4GH blended training program is affected. First of all, networking and meeting with peers and other professionals, senior or more junior ones, from all around the world. Second, the EV4GH program typically enables young professionals to ‘share’ the international stage with more experienced and older colleagues and have their voices heard during the symposium. The program provides an opportunity for some to meet their ‘professional heroes’ and learn from them. The relationship goes both ways: many of the more ‘senior’ experts greatly enjoy the youngsters’ enthusiasm and ‘out of the box’ thinking. As mentioned in some of the EV alumni testimonies, the physical interaction has in the past boosted the confidence of many of these young professionals and enabled development of networks, both personal and professional ones, that would have otherwise been unlikely.

While the sessions at an international conference are useful to share ongoing research, interaction is thus also a key ingredient of such a symposium. As HRS2020 goes virtual, new opportunities for engagement will be created, among others by potentially providing a larger number of people with the opportunity to participate online. However, this might favor those that already have (good) access to internet and online platforms that usually require having a license. As EV4GH strives for inclusiveness at the global level, the EV4GH has previously encountered challenges with visa applications for participants from the global south to attend the training program in Vancouver, Canada (2016), as was documented in an opinion piece by EV4GH alumni Faraz Khalid, Sara Ardila-Goméz and Kerry Scott. Similar experiences ahead of the 2018 Symposium in Liverpool, United Kingdom, were reported on IHP.  And so, when it was announced that Dubai would host the 7th edition of the EV program and the Sixth Symposium, with potentially more favorable visa application outcomes for participants from the global south, the network felt sort of relieved. At last, visa issues wouldn’t be a big barrier.

But now we’re in a different ballgame. There’s a real risk that the “digital divide”, due to (slow or non- existing) internet access in parts of the world, perpetuates inequality. Solutions to avert this should thus be sought. A recent report by the World Bank on Internet access in Sub-Saharan Africa in relation to Target 9.c of the Sustainable Development Goals (SDGs) (which calls for the achievement of universal and affordable internet access by 2020) noted the following:  1) rates of internet access reported in household surveys differ markedly and are often lower than the prevailing estimates of internet use reported by the International Telecommunications Union; 2) internet access in regions outside the capital city is still lagging behind; and, 3) lack of access to electricity is a key barrier constraining access to internet among poor Africans. As shown in the Figure, in 2017 almost twice as many people in the world were using internet in the rest of the world, compared to Sub-Saharan Africa (SSA), with even lower usage in some countries in West Africa.

The HSR2020 co-host and EV4GH host institution, the Mohammed Bin Rashid School of Government,  is continuously and closely monitoring the situation of COVID-19 with the UAE’s relevant authorities and is keeping EV4GH and the HSR2020 Executive Committee updated. Building capacity and strengthening the skills and competencies of health policy researchers, professionals and academics is within the mandate of the MBRSG and EV4GH network. Furthermore, as the only School of Government in the UAE and the Arab World (Eastern Mediterranean Region), MBRSG proudly organizes international and regional conferences, specialized workshops and trainings, and also holds forums to facilitate the exchange of ideas and knowledge between the Middle East and the rest of the world. Delivery of trainings and workshops usually takes place, like elsewhere in the world, in face-to-face settings.

While it is difficult to recreate online the dynamic and “feel” of physical interaction, the EV4GH network is committed to bend and not break under the disruption caused by the COVID-19 pandemic, which is not only testing the resilience of health systems around the world but also our effort to achieve a more equal world. The EV4GH 2020 program will redesign, innovate and collaborate with like-minded institutions and individuals to ensure that the voices of young professionals are heard, even at a largely virtual HSR2020.

As the world embraces the digital era as the ‘new normal’, global associations that are membership based such as HSG should find solutions to address the digital divide between the ‘North’ and (parts of) the ‘South’. One potential solution could be: providing young researchers and professionals (perhaps the ones with at least posters accepted for the symposium?) with poor internet connection (and/or electricity supply) virtual ‘scholarships’ to access reliable and fast internet.

The digital divide threatens to continue the inequality in the voices represented at the global level, not only underrepresenting young professionals but even more so those from the global south. The divide needs to be addressed – it’s 2020, after all. We hope that the global health community is cognizant of the potential negative consequences of the digital divide and will take this into consideration while preparing for HSR2020 and other virtual health conferences.

Because everybody’s voice needs to be heard.