Subscribe
Home > Featured Articles > The Coloniality of Being: Reflections on Trauma, Othering and Reimagining Praxis 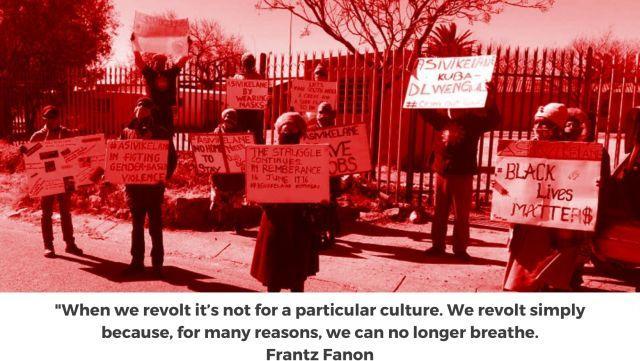 The Coloniality of Being: Reflections on Trauma, Othering and Reimagining Praxis

“I think (others do not think, or do not think properly), therefore I am (others are-not, lack being, should not exist or are dispensable) “ (Maldonado-Torres’ critique of French philosopher René Descartes, 2007:252)

This well-known quote from Descartes personifies some of the ways that have framed and informed our approaches to global health. Global health takes on the “I” in “I think therefore I am” when it operates using a depoliticized, ahistorical, saviour mentality mode, where knowledge and power hierarchies remain within Westernised academia in countries that were former colonies. Within this paradigm, the implicit assumption is that people who live in post-colonial contexts continue to be “non-thinking” or sub-human. This normalises the asymmetrical power dynamic in various relationships such as between donor and recipient countries, global health researcher(s) and the local communities, or in doctor-patient interactions. As part of our efforts to examine, unravel and disrupt coloniality in global health, we would like to expose how these and other assumptions impact on the individual and collective society.

Colonial power relations did not only have a profound impact on authority, sexuality, knowledge and the economy, but also on the general understanding of being. Sylvia Tamale, in her book Decolonization and Afro-Feminism states, “it is only with such a comprehension of the colonial history and process underpinning these assumptions that there can be a successful extrication from the bondage of colonization and domination and a reclamation of humanity”. More importantly, as scholars, practitioners and policy makers, we need to reflect on how we continue to reinforce these assumptions knowingly or unknowingly. This requires an examination of how we relate to power and how we use our skills, methodology and data to frame problems and interventions that impact on population health.

Making the invisible visible: grappling with these assumptions

Our modern ways of being are the product of colonial violence. Afro-feminist scholars (such as Tamale and Sarah Malotane Henkeman) and decolonial theorists (such as Maldonado-Torres and Walter Mignolo) urge us to critically interrogate our assumptions of being, many of which are rooted in coloniality. Some of these assumptions play out when we emphasize the individual over the collective; when we prioritise only certain kinds of knowledge and lived experiences over others; when we organise our social systems to undermine collective solidarity; and when we reiterate the dominant European philosophy of “I think therefore I am”, which suggests that since “the other” is not a (fully) thinking being, “it” cannot (fully) be. By implication, the only way we (people in post-colonised contexts) can be considered fully “human” is if we aspire to be the White Man – the Descartes idea of the ultimate man. Since we can never fulfil this aspiration, we can never be considered fully human.

The relevance for public health scholars and practitioners

Decoloniality’s offering of being to public health takes the form of a caution. Scholars such as Tamale, Franz Fanon, Nelson Maldonado Torres, Sylvia Winters and others have cautioned us, as Othered Racialised and Gendered beings, to be critical of the definitions of ourselves, our work, and what is appropriate in our actions and words. If the very essence of our humanity has been informed by colonial, violent, and traumatic experiences, then we need to be prudent in our approach to defining standards of appropriateness and worthiness, and the measure of being. Indeed, if we are not cautious, we might end up losing ourselves, as Frantz Fanon put it: “For the black man there is only one destiny. And it is white.”

A New Way of Being

We have existing philosophies and practices that we can lean on to find and imagine new alternatives. Ubuntu (meaning “I am because we are”) is about “rebuilding the sense of being a human being, of being conscious that being African is not being inferior. Of feeling entitled and worthy as an African person” (Huisman, 2021). Importantly, “ubuntu is an African traditional ideology of justice and fairness based on the philosophies of humanness, communitarianism, solidarity and interdependence”(Tamale, 2020, p.15). When we re-centre and reprioritise ubuntu as an alternative philosophy, we may begin shifting how we see ourselves, how we collectively engage with each other, how we build our systems and how we engage with the idea of Being.

We’re not arguing for the romanticization of ubuntu but rather for being open to exploring alternative ways to build equitable societies. If we are to disrupt health inequalities and disparities, concepts like ubuntu can radically change the way we do research, use research, conceptualise community, distribute resources, and value life and the environment. Ultimately, we are calling for a new way of relating to each other, in which you don’t have to “think” before you “are”, but rather, one in which your humanity is acknowledged, valued and celebrated simply because of your existence (and interdependent nature of existence).

i lost a whole language

i lost my religion

i lost it all in the fire

so I will not apologize

for owning every piece of me

they could not take break

and claim as theirs

Kentse Radebe is a sociologist with a background in Organisational Psychology. She is a Project Manager for Systems Innovation at the Bertha Centre, University of Cape Town Graduate School of Business. Kentse is a Fulbright Scholar, a Mail & Guardian 2019 Young 200 award recipient, and an Allan Gray Orbis Foundation Fellow. She is a Senior Atlantic Fellow for Health Equity. @kentse_radebe