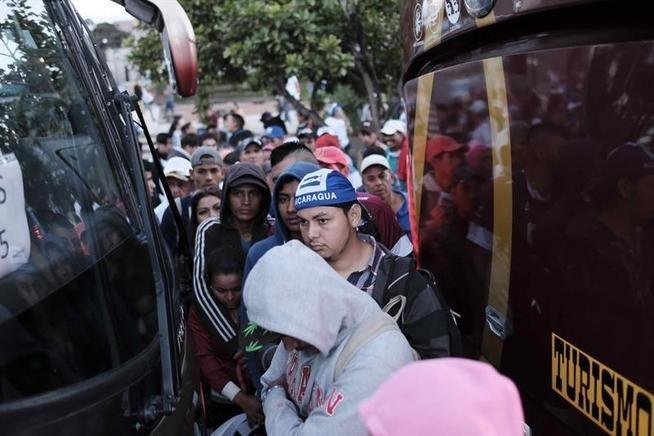 In my tiny Central-American subcontinent, people fleeing for their lives is not a new phenomenon. Civil wars, military dictatorships and massive killings of indigenous populations led to whole generations on the move, up to the 1980s. I heard the stories from the elders, but I never expected that I would have to flee one day, myself. Even in war-torn Nicaragua, my generation grew up enjoying some basic human rights, thanks to the struggles of the ones before us.

In 2018 it was my turn, though: I became part of the approximately 40,000 people fleeing state terrorism in Nicaragua, seeking asylum in Costa Rica. A small number maybe, certainly if compared to the many more Venezuelans and Syrians fleeing to neighbouring countries and further away, but a significant one nevertheless for a small country of barely 6 million inhabitants. I joined the Costa Rican asylum statistics along with Venezuelans, Colombians, Salvadorans and fellow Nicaraguans.  Despite the common depiction of refugees and asylum seekers (you know, the poster picture of adults and children, living in tents and receiving some aid from humanitarian NGOs), I felt no different from the rest of the non-asylum seekers in the world, or even of my neighbours, the Costa Ricans. That was until I realized I was not allowed to work, had no right to get sick (crossing fingers not to fall ill) because I could not afford medical care in one of the most expensive countries in Latin America, yet was paying taxes for every item I bought to thrive in forced exile.

It got worse when I witnessed how an angry mob yelling xenophobic slurs threatened and attacked people in the capital’s central square of La Merced, a spot where Nicaraguans usually gather. I felt ‘othered’ when I was not allowed to collect a remittance in a bank due to my condition of asylum seeker. I shivered every time an Uber driver noted I had a different accent. I was in a country considered to be a “haven of peace, keeping its doors open to those at risk”, and where the government claimed to be helping out those fleeing violence. Yet, I lived and witnessed a different reality, one that was not really in line with the alleged goodwill of the Costa Rican state:  people were sleeping in the cold parks of San Jose, trying to find medical help, trying to find any type of job and any way to cover basic needs of food and shelter.

This is the lived reality of too many people on the move, yet unfortunately not the one painted by mainstream media and right-wing politics. As a consequence, the misinformed perceive us asylum seekers as an endless tide of troublemakers who will steal jobs, as ‘benefit seekers’ or even ‘benefit tourists’, implying that we are a burden on the taxpayer, criminals and a threat to the native way of life in host countries.

June 20 is World Refugee Day, a day to raise awareness of the situation of refugees throughout the world and to pay tribute to their courage and resilience. I urge you to realize that refugees and asylum seekers need more than a catchy phrase and a hashtag that will make people look good on social media. Refugees need to be valued for their potential contribution to host communities. Walk the talk! The least you can do is contribute to guaranteeing the implementation of the 2018 Global Compact on Refugees. Give people a chance, wherever in the world, wherever they’re from.