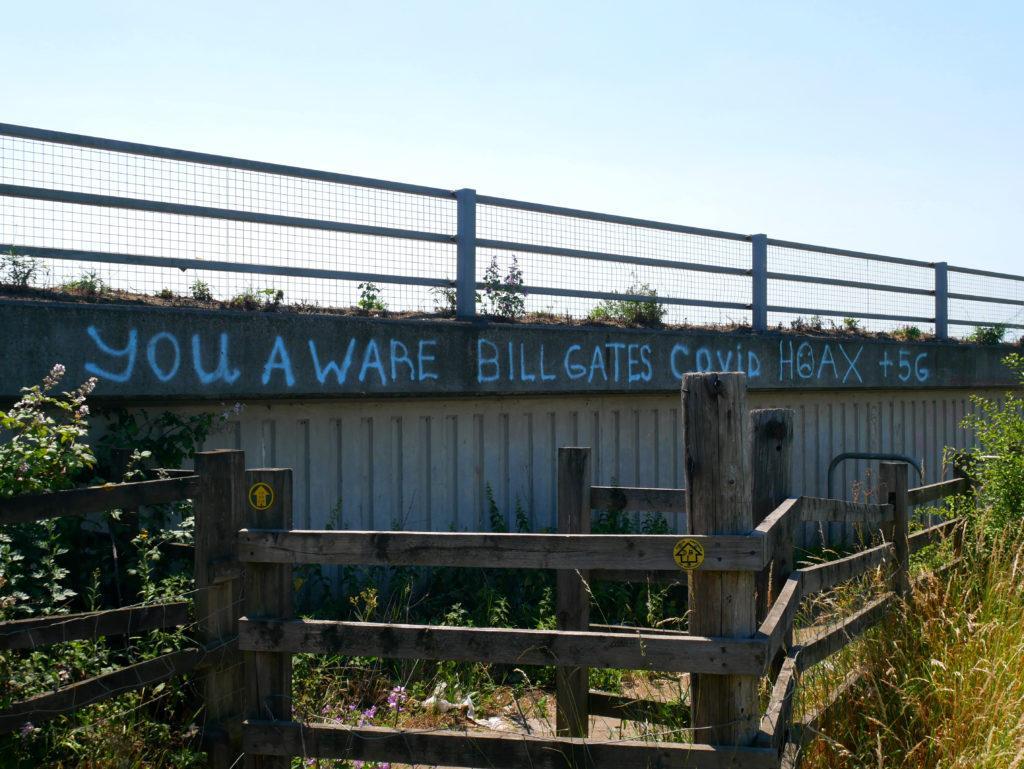 The negative consequences of vaccine hesitancy are both clear and dangerous – think of Andrew Wakefield’s legacy, for instance. His now thoroughly debunked claim that there is a link between the MMR vaccine and colitis and autism continues to be the bedrock of the “antivaxx” movement, the consequences of which still emerge. Following visits and lobbying from Wakefield and his colleagues to a Somali-American community in Minnesota, US, MMR vaccine rates dropped substantially among children in this migrant community, leading to the state’s largest measles outbreak in nearly three decades. The impact of this North American wave of anti-vaccination advocacy has, unfortunately, gone from strength to strength, finding backers from the most influential parts of society: political support from Trump and the Republicans, religious influence from evangelical Christian churches and the Vatican, and celebrity advocacy using mainstream media, like the Vaxxed films, film campaigns of Robert F. Kennedy, Jr. and Hollywood celebrities like Jenny McCarthy and Jim Carrey getting involved in driving the message home, a message that essentially boils down to trust: Do not trust the government, “mainstream” scientists or the medical community. They lie to you. While the message is simple, its real effectiveness lies in its delivery: creative, assertive, without doubt or grey areas, targeting common primal fears about government intentions, and relying on manufactured or amplified expertise of its spokespeople. Further, messaging is usually packaged in a repetitive way (thereby facilitating internalisation), using a deliberate use of pictures and GIFs, and creates a sense of legitimacy by referring to medical authorities and associations, uses pseudoscientific language in a convincing, readable style, includes accounts of individual experiences, and appeals to emotions (particularly fear, frustration and anger). A toxic but very effective cocktail.

Earlier this year, just as South Africa’s vaccine roll-out plans started to materialise, reports emerged about certain proportions of South Africa’s population not wanting to get vaccinated against COVID-19. South Africa has a controversial history in peddling in conspiracy thinking in health policy – the HIV denialism that was closely intertwined with traditional beliefs, distrust of American foreign aid intentions, and pseudoscience, infamously resulted in at least 330 000 deaths due to the government throttling antiviral drugs in the public sector. The collective memory of this government betrayal remains, and it’s unclear to what extent such trust and other factors may influence vaccine acceptance in general. Findings from a survey investigating people’s willingness to take a COVID-19 vaccine just before the vaccine roll-out began, suggested that people tended to be more hesitant when they are white, have higher levels of education, identify with opposition political parties, or likely to judge government performance as bad. While the survey underplayed the role of conspiracy theories in vaccine acceptance, there certainly seems to be a strange connection between a subpopulation of white South Africans and post-truth, Trumpist conspiracy-thinking. It has been estimated that around 20 000 South Africans are active on anti-vaccination Facebook pages, largely fed by source materials from the USA. QAnon, the movement promoting the idea that “Donald Trump is waging a secret war against elite Satan-worshipping paedophiles in government, business and the media”, purportedly originated in South Africa. Such transnational propoganda flows are a perfect fit for the vehicle of social media – to virally spread, between communities, countries and across languages, driven by adaptation. It has also been used to great effect to spread a Western anti-vaccination sentiment in West Africa, for example. Marc Roffey, a South African psychiatrist, recently wrote that “Rather than read and evaluate information from reputable online sources, conspiracy theorists frequently favour online video discourses, prompting the creation of the internet meme: ‘Conspiracy theories are published on YouTube, science in peer-reviewed journals.’” South Africa’s stuttering vaccination roll-out certainly did not help matters. The first consignment of AstraZeneca vaccines was sold off to the African Union following reports that it might not be optimally effective against the beta strain that emerged locally, and then, just as the Johnson & Johnson vaccine roll-out was underway, it had to be paused after it emerged that 15 million doses were potentially contaminated in a Baltimore plant. This pause was particularly worrying for confidence levels, and concerns were raised that it would lead to spreading vaccine hesitancy.

There have been incredible health education efforts made during the past year – campaigns by governments and UN agencies, materials developed by educationalists and content developers in many countries. In South Africa, a good example is the Knowledge Translation Unit, whose guidelines, online training courses, posters and video materials manage to convey much of the complexities of COVID-19 in a visually striking way. Nonetheless, we live in Giddens’ Runaway World, in a period of David Harvey’s Time–space compression, where technological advances and globalisation have excelled at such a rate that a search for truth often becomes obscured by the noise of billions of voices and opinions that change by the second. South Africa – and one suspects many other African countries – need additional strategies to battle misinformation.  A recent recommendation in the Lancet Global Health  highlighted an urgent need for “African governments, public health institutions, and other local stakeholders” to “take evidence-based COVID-19 risk and vaccine communication very seriously”. How and what should this look like? Especially given the apparent rise of misinformation spreading via social media and in many African communities? Some suggest a punitive stance, that governments should fine individuals and churches found guilty of spreading disinformation. This is not ideal, as more government aggression would do nothing more than – in their mind at least – confirm the conspiracy notions that drive disinformation. Further, this does not seem practical, there is simply no way where social media can be policed effectively without dangerously veering into “Chinese” territory. A more appropriate response might be to set up a tactical, strategic communication response plan that targets and debunks misinformation while also undermining non-factual statements on social media.

The WHO has already launched a “Stop the Spread” campaign, designed to address misinformation associated with the COVID-19 “infodemic”, while the Africa Infodemic Response Alliance (AIRA) “brings together fact-checking and media organisations, big data, AI and innovation bodies and leading inter-governmental and non-governmental organisations working in public health to respond to infodemics.” However, beyond evidence that tells us that people are hesitant and misinform, more research is required on why people are hesitant, as well as the multiple contextual influences that push and pull people towards and away from vaccination. Here, insights from psychology could be particularly helpful. A belief in conspiracy theories has been suggested to be driven by a range of motives, including understanding own’s environment, feeling safe in one’s environment, and maintaining a positive image in one’s social group. These motives are not necessarily satisfied by a belief in conspiracies, and this might present an opportunity for pro-vaccine messaging to focus on these needs. Similarly, people who believe fake news and are less able to discern truth, might lack careful reasoning, relevant knowledge and familiarity with a subject. A Nigerian study suggested that the sharing of COVID-19 related misinformation was strongly associated with altruism, an effort to inform others and engage in information sharing. Further, there seems to be a disconnect between what people believe, and what they share on social media, which suggests inattentiveness – nudging people towards accurate interpretation and relaying of information is a critical mechanism in correcting misinformation. An example of ground-up information activism is the Mistress of Science, a scientist who doubles as a false information debunker on social media. Another example: anonymous volunteers who participate in Facebook groups (particularly popular spaces for misinformation). Especially ones that involve young mothers, and nudge people away from misinformation towards evidence-based sources of knowledge. Such innovation and initiative should be applauded, awarded, and harnessed – surely there is a need for a well-supported, well-informed and local group of volunteers to engage with misinformation and uncertainty?

A coordinated effort has started to take shape in terms of identifying trends in misinformation – the National Department of Health has been releasing weekly reports, compiled by volunteers and partners, that describe trends in social media information.  The latest SA COVID-19 and Vaccine Social Listening Report, compiled at the beginning stages of the third wave, describes substantial spikes in Google searches on a local conspiracy theorist predicting that all people who receive the vaccine will die (interestingly, the theory has very little traction online, suggesting that it is mainly being circulated via WhatsApp). Other rumours doing the rounds include dangers of COVID-19 vaccine spike proteins, that the WHO is now advising to stop vaccinating children, and different variations of a theory that compares the roll-out of the “experimental vaccine” to the 1950s thalidomide disaster. YouTube searches related to vaccine safety spiked considerably, as much as by 5000% compared to previous weeks. The increased anxiety of COVID-19 waves seems to push a search for information, and this would make for valuable research. Ultimately through, there is a pressing need to not just monitor these information flows, but to intervene in creative and effective ways.

In a letter to The American Journal of Medicine, a physician asked: “What is our role as doctors and other health care professionals in this age of social media? Do we have a responsibility to fight against this new-age pandemic that spreads more widely and quickly than anything we have seen before? Like the current COVID-19 pandemic, social media is something that we very likely will continue to face for years to come. We must keep in mind this ever-looming threat to the integrity of our practice of medicine.” In sum, a critical goal in the COVID-19 fight is to identify misinformation, and counter it effectively by packaging evidence in a reliable, trustworthy and targeted way, always keeping in mind the realist adage of “what works, for whom, under which circumstances”.