Subscribe
Home > Featured Articles > Something old, something new: Linkages and lessons in the responses to tuberculosis and Covid-19 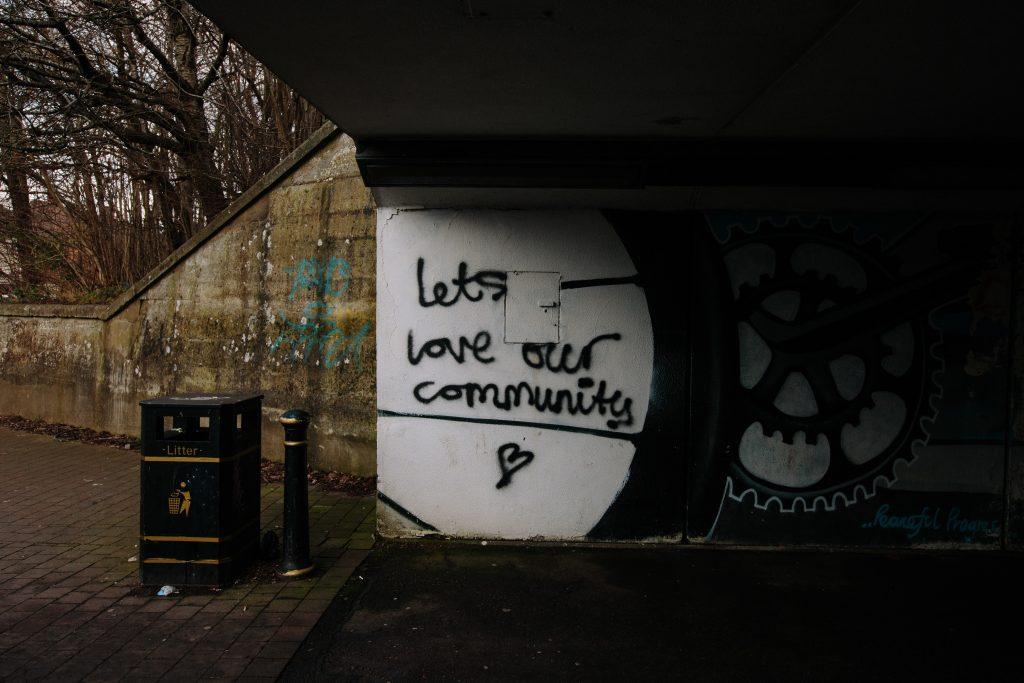 Something old, something new: Linkages and lessons in the responses to tuberculosis and Covid-19

As the global Covid-19 pandemic seems to grow exponentially at this point, we are reminded – as so often during times of crisis – how critically important responsive systems are to prevent morbidity and mortality during an outbreak. On World TB Day, we reflect how there are obvious similarities between Covid-19 and tuberculosis (TB), especially in how it is transmitted and, importantly, prevented. This provides a window for illuminating critically neglected mechanisms of prevention and treatment for these diseases, giving us some insight into what this means for how we proceed with the fight against TB.

Mycobacterium tuberculosis and Covid-19 both target entry into the human body via the respiratory system. Both occur in humans and animals, and both have an advanced degree of infectiousness, requiring similar infection prevention and control measures. TB, as is well-known, is intimately tangled up into human history – cases of TB infection have been a part of human existence for as much as 70 000 years. It used to be a significant strain on early health systems in Europe and North America, and is in many ways the “midwife of modern biomedicine.” Despite substantial investment in its eradication during the 20th century, TB remains a central consideration in global health discussions. TB is, and has been for a while, the leading infectious cause of disease globally. It has infected close to a quarter of the world’s population, caused around 10 million people to fall ill and 1.5 million to die last year. And these are only direct costs – the many health, psychosocial and economic impacts it has on individuals and communities are immense. It targets the vulnerable and drug-resistant strains are proliferating. The treatment is notoriously hard to initiate and complete, ranging from 6-30 months, with many terrible side effects, many times attempted in environments of incredible poverty, stigma and a host of other societal, environmental and economic challenges.

Probably the most important similarity between TB and Covid-19 – and infectious diseases in general – is the power of politics to shape how we understand and respond to outbreaks. While TB is now very much a working-class disease in many countries, Covid-19 is a different animal entirely. Its initial spread from the Wuhan epicentre was marked by the almost expected reactions of mild, moderate and aggressive racism wrapped up in the dietary habits of the Chinese, and south-east Asia in general. But, as the virus rapidly spread across borders, it started to flourish in Europe and North America – the new epicentres of the disease. The response has been unprecedented, in every sense of the word. Consider one of the key sectors of global capitalism: sports. Seemingly every possible sport event has been cancelled (Tokyo 2020 Olympics; Euro2020, African Nations Championship, UEFA Champions League and Europa League and most domestic football leagues; Azerbaijan, Monaco, Dutch and Spanish Grand Prix; rugby union Champions Cup and Challenge Cup; PGA golf tours, all major cricket events, Grand Prix), whole seasons have been put on hold, and sports news is reduced to report which sport stars are the latest to be infected. Indeed, news agencies tend to provide, in parallel with the latest figures of the pandemic, updates on famous people contracting the disease. While TB certainly has had its share of famous cases – Eleanor Roosevelt, George Orwell, Nelson Mandela and Tina Turner to name a few – more recent cross-overs from the lower class into the upper strata of society are increasingly rare. The incredible sense of global urgency and, perhaps panic, are further aggravated by daily reminders that none are safe – politicians, artists, sports stars, across borders and socioeconomic class we are all vulnerable. Such urgency has not been a feature of the global TB pandemic.

The de-prioritisation of TB

Ever since its decline in Europe and North America, TB has gradually slid back on the priority list for development assistance and donor funding. Salmaan Keshavjee and Paul Farmer describe how the last decades of the second half of the 20th century were known by the adoption of health principles that stressed “affordable care for all”, with cost effectiveness becoming a key consideration in disease responses. The sheer complexity of TB as a disease, with its strong foothold in community-based infection, rendered it a risky investment, paving the way for the introduction of the directly observed treatment, short-course (DOTS), a cost-effective intervention introduced to LMICs. DOTS had less expensive input costs, was algorithmic and fell comfortably into the selective PHC agenda of the time. And despite its successes in lower key morbidity and mortality statistics, DOTS was limited in the face of increasing comorbidities and drug-resistance. The authors conclude that the current global response to TB – especially its drug-resistant forms – has been “anaemic.” This is exemplified by the pretty large investment deficit in TB prevention and control. Global funding for TB vaccine development is strikingly low compared to other large-priority diseases such as HIV and malaria, even though its mortality and morbidity rates are higher. The development of TB diagnostic and treatment tools – including vaccines – is severely under-resourced. Importantly, while it used to be “a creative disease”, inspiring romantic passions and artistic merit (Susan Sontag’s Illness as Metaphor), TB has since become a disease of the poor, confined to spaces where the working class exist in low-to-middle income countries. Paul Farmer described TB as a form of structural violence against the poor, and today it is a well-established feature of the discourses around TB management.

The plight of the poor

At first glance, Covid-19 transcends the traditional boundaries of socioeconomic and demographic status, with seemingly everybody being at risk of falling ill (even though not all will show symptoms). In reality though, Covid-19 is, as most infectious disease outbreaks – a Janus-faced pandemic that accelerates and reinforces inequities. It has certainly not gone unnoticed that the virus was not spread from China by working class populations, but that international business and leisure travelling – a cornerstone of globalisation – delivered the virus to other countries through higher income people. In South Africa, for instance, the initial spread was tied to a group of holidaymakers in Italy. Global travel as an expression of economic activity is after all historically a key mechanism in disease spread. The global TB pandemic is the result of colonial expansion more than 400 years ago. However, as in the case with TB, the poor simply have less resources to prevent contracting Covid-19, and their chances of recovery after falling ill are considerably less. Global messaging to promote prevention, such as physical distancing and self-isolation have been widely adopted, highlighting questions about social responsibility and citizenship and protecting your local community. These measures have some important practical limitations, and social pressure to conform to such rules is very much reliant on the ability and willingness of people to do so. In many countries and areas, physical distancing and self-isolation are privileges. Some people simply cannot afford to not work. There are many industries kept afloat by day labour, with little to no social security and very thin social nets. This was also a feature of TB treatment during its Victorian age, where voluntary sanatorium admission was often a factor of someone’s social standing and wealth. The perception that “everybody and anybody can get it,” perpetuated by daily news of celebrity infections, obfuscates the disparities in the outcomes that events like Covid-19 may have. The principle of equity in health systems is very much mediated by their resilience to deal with crisis, and Universal Health Care becomes increasingly crucial. As noted recently by New York Times columnist Farhad Manjoo: “Everyone’s a socialist in a pandemic.” Inequity is a central mechanism in the escalation from epidemics to pandemics. Health systems is one – an important one no less – of the mechanisms that can help alleviate inequities.

Towards a people-centred response

We will have to get ready for a post-Covid-19 world, where people-centred health systems with community-driven interventions will become a vital instrument towards better health, economic and moral outcomes. It seems likely that Covid-19 will not be eradicated soon, and given that SARS viruses may further increase the risk of primary or reactivated TB, and that recent findings seem to suggest that TB infection may increase susceptibility to SARS-CoV-2 and increase Covid-19 severity, the TB pandemic may well serve, among other things, as a conductor for Covid-19 to proliferate further. A recent commentary by The Union Against Tuberculosis and Lung Disease highlights that many protocols for the management of TB and Covid-19 are complimentary, for instance triaging processes in health facilities; cough etiquette; contact tracing in communities; and infection prevention and control. The US Food and Drug Administration has also just authorised a rapid Covid-19 test that can be used by the GeneXpert TB diagnostic platform, which will be a welcome tool in LMICS. Health workers trained in TB management will be an extremely valuable resource in the coming period – the health of health workers has been extraordinarily sidelined in the fight against TB, and the addition of another respiratory infectious disease will no doubt stretch an already overstretched workforce. Importantly, both pandemics are aggravated by misinformation, stigma and discrimination.

While standardising protocols such as DOTS have a large degree of value in fighting infectious diseases, they could also mar contextualised approaches and become hamstrung emerging complexities. They also do not promote agency among communities – a critical element in the months and years to come. The possible coalescence of TB and Covid-19 makes people-centred care vital. Community-driven interventions nested in an integrated, people-centred system, have the potential to provide localised, collaborative solutions to interventions such as isolation and social distancing. Understanding the contextual interactions of diseases with local populations is a critical shaper of its eventual epidemiology, noted by Joseph Bates and William Stead’s advice in 1993. This factor is a much greater determinant of the course of an epidemic than any public health measure that man can institute, just as the currents in a river can have a more powerful effect on the course of a canoe than the most vigorous paddler.

André J van Rensburg, University of KwaZulu-Natal, is funded by the National Institute of Health Research (NIHR) Global Health Research Unit on Health System Strengthening in Sub-Saharan Africa, King’s College London (GHRU 16/136/54) using UK aid from the UK Government to support global health research. The views expressed in this publication are those of the author and not necessarily those of the NIHR or the Department of Health and Social Care.