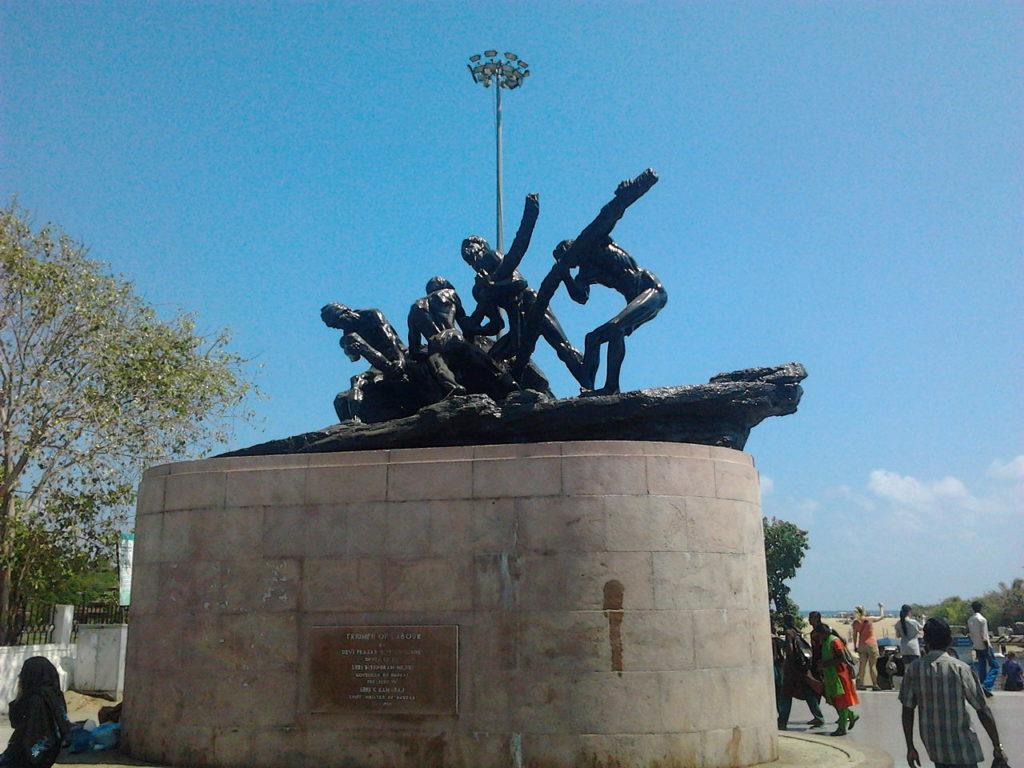 Some Labour Day ruminations on “Work”

Last year, when Labour Day rolled around at the height of summer, I wrote about how we were witnessing one of the most horrific migrations of workers across India, and the draconian, despairing changes that were taking place in labour policies. While that was largely the result of apathetic and hasty policy decisions and political one-upmanship, this year I feel like a more personal rumination as I watch the pandemic rage on – with India now as the “epicenter”.

After over a year of being in various phases of “lockdown”, there’s certainly a lot to reflect on, regarding “work”. As India’s COVID infections and death toll rise, it is telling who still continues to work without a break – domestic workers, sanitation workers, frontline health workers, crematorium and burial ground workers. These groups are largely dominated by those who the caste system excludes and oppresses, and this is the core question of labour in India. While the privileged fly away on private jets to the first world, it is the workers who are forced to keep our lives running. But even among those of us who are left behind, caste is so starkly visible in the roles the pandemic accords to us. In an overcrowded Delhi crematorium, for instance, it is Dalits who are doing the “dirty and dangerous” work of cremating the dead, and yet we do not know how many have tested positive and how many have died. A crematorium worker says “Almost everyone asks about my caste because everyone wants a Brahmin to do the rituals and not the Dalits, but they aren’t available. We are.” Similarly, female domestic workers are another class of workers doing “dirty and dangerous” work. In my own upper class Delhi neighbourhood, last year, when the nation-wide lockdown was announced, all movement of domestic workers was restricted. 82% of domestic workers in Delhi did not receive salaries and were left to tide over the crisis on their own. This year, the lockdown is not as strict but the pandemic is a lot worse. Despite the daily news of a highly transmissible virus and the massive strain on health services, many households in Delhi (including in my neighbourhood) continued to have a domestic worker risk her life and come to work every day (presumably for no additional compensation). At a time when we should have learnt to “clean our own shit”, we have instead, found a way to enact our caste privileges even now. It makes me wonder what the now almost mainstream discourse on feminism and gender equality means, when privileged (upper caste) women are quick to take advantage of “work from home” policies, but are unwilling to extend that same courtesy to the women upon whom they have offset the burden of domestic labour. Whither solidarity?

Speaking of solidarity, Labour Day is also an occasion to remember the power of collective struggles – worker’s struggles, clearly, but also other efforts of marginalized people the world over to challenge power. Now, more than ever, I miss the connections of solidarity (and no, zoom meetings do not suffice). For the second year in a row, there will be no Labour Day rallies in my city, even as the question of labour rights becomes murkier and murkier. I find myself struggling to maintain these bonds that were so often nurtured through regular meetings, travel trips and joint campaigns – all of which have been cancelled. As compared to the last COVID wave when I lost older family members (“they were old”, “they lived a full life” etc), this year the losses also seem to be among those closer to my age. One hears of 30/40-something activists, nurses, doctors and journalists succumbing to COVID, and every death feels like the caravan is getting smaller. But on the other hand, I see the massive solidarity extended by regular “non-activist” folks on social media, offering to help in whatever small or big way that they can, and it makes me think that perhaps this pandemic is a time of not just loss but also gain. I hope we will see the caravan grow larger. If there’s one silver lining, it’s probably that one.

The need for integration of value-based health and social care, and social innovation in health to address health disparities in Latin America and the CaribbeanDecolonization, LGBTQI+ and shifting the power – but it is getting hot.Opportunities for Sickle Cell Advocacy in the recently launched Global NCD Compact 2020-2030CHWs want lasting social contracts, not endless recognition‘Next time be prepared to replace your pill with herbal tea! ’ - The WHO Global Centre for Traditional Medicine and what it might hold for global health & the (new) world order
add a comment
Cancel reply
1 comments

Thanks for bringing up the caste hypocrisy. A bigoted society is an uncivilized one. We need more self-awareness and to treat these injustices with urgency.