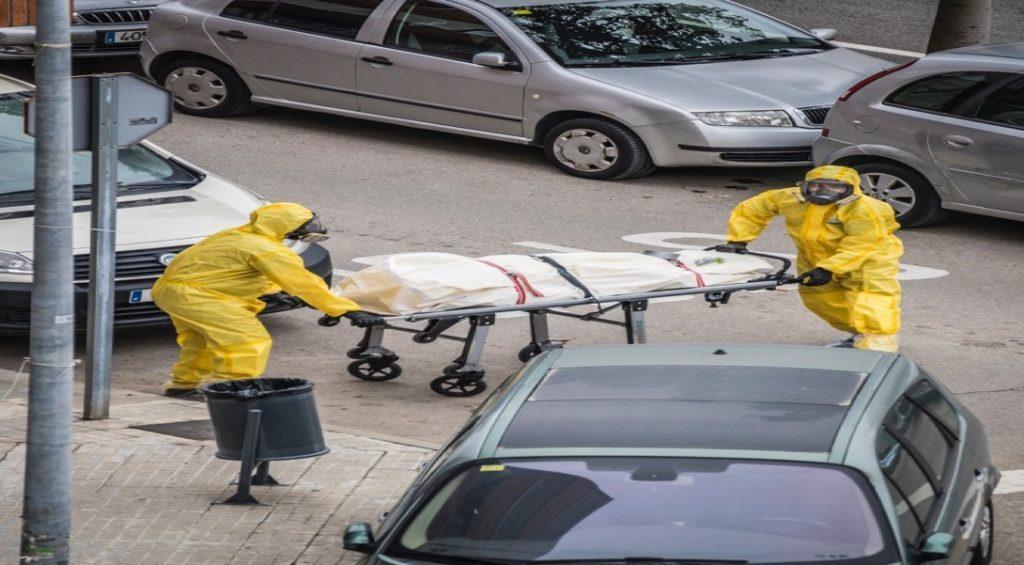 Second wave of COVID-19 in India: The politics of missing death numbers

“Epidemics are like signposts from which the statesman of stature can read that a disturbance has occurred in the development of his nation—that not even careless politics can overlook.” — Rudolf Virchow (1848)

More than 75 years after Bhore committee recommendations for a comprehensive health planning and development in India and decades after  the ‘health for all’ declaration in 1978, India’s public health system was caught off-guard to respond to the second wave of the COVID-19 outbreak, and literally left people gasping for oxygen. As the already-weak health system buckled under the surge of COVID-19 infections, the sick and their families found themselves running from pillar to post for hospital and ICU beds, oxygen, and even essential medicines. India’s chronic shortage of the health workforce meant an acute shortage of doctors, nurses, and other staff at this time of crisis. Financing of health care in India which was characterised by high out of pocket expenditure, often leading to catastrophic health expenditure, meant that even the better-off scrambled to find the resources to provide care for their loved ones. The digitally literate and relatively privileged turned to crowdsourcing and social media to find funds for COVID-19 treatment, or to source basic supplies like O2, while the poor and marginalized were left little recourse to care for their loved ones. Thousands were unable to even provide basic end-of-life ceremonies for the deceased. The numbers are only just trickling in.

At the best of times, access to health care in India has been among the leading causes of poverty. The pandemic has exacerbated the structural weaknesses and further eroded the fragmented health system in India.

The importance of Data

In order to even begin to understand the extent of damage to live and livelihoods, as well as start piecing together a responsive health system – we need data and evidence for policy.

Indeed, the pandemic has exposed, more than anything else, the importance of data. Quality granular data on mortality, morbidity, incidence of COVID-19, disaggregated by gender, geography are just some of the pieces of information needed to understand the epidemiology of COVID-19 in India. This is critical for the health system to respond COVID-19 effectively, and prevent and prepare for future outbreaks. Data including non-health data, is critical to study the impact of the  pandemic on society, and to take action. Only correct data can help us get a fuller picture of what works and what does not.

According to Murad Banaji, Professor of Mathematics at Middlesex University, London,

“counting the dead is important, even in the midst of this calamitous second wave. Low recorded COVID-19 mortality during the first surge fed the government narratives on the successful handling of the epidemic, and these, in turn, might explain the complacency which preceded the devastating current surge. Arriving at credible estimates of the epidemic’s true toll could be key to mitigating further disaster”.

Globally, India ranks first in terms of both daily new cases and new deaths because of COVID-19. The official number of deaths so far has crossed 300000 and daily fatalities over the last two weeks amounted to more than 4000. With the number of daily cases now going down, the pandemic is at last showing some visible signs of improvement, it appears.

If experts are to be believed, given the large size of the population and extent of disease spread, the actual deaths are much higher than officially recorded, however. Dr. Bhramar Mukherjee, Professor of Epidemiology at the University of Michigan, estimates COVID-19 fatalities could be underreported by a factor of between two and five. He calls it a “complete massacre of data”. The reporting from crematorium and burial grounds across states points to big discrepancies with official deaths. Epidemiologists believe that a full tally of death counts would put India far ahead of the US and Brazil in terms of the country with most people killed by COVID-19.

Reasons for the undercounting of Data include politics

The logical question to ask is, why are Covid deaths still undercounted? India has always undercounted the number of deaths due to various diseases because of the abysmal health infrastructure and poorly developed health surveillance and monitoring system. Poor testing in urban areas and lack of testing in rural areas are also contributing to the under-reporting of covid deaths.

The problem is not only technical, though, or related to methodological fallacies in capturing the death numbers. The underlying politics of not releasing the full tally of death numbers are also a key factor. Many states are violating Indian Council of Medical Research’s guidelines by not counting the Covid patients with comorbidities as Covid deaths; this reeks of political attempts to cover the truth. Perhaps not all, but certainly many Covid deaths are a symbol of the catastrophic failure of successive governments to guarantee access to basic health services and safeguard the ‘right to life’ of citizens enshrined in the constitution.

A perfect recipe for disaster is, however, when basic principles of science are overruled for political interests. Despite repeated scientific warnings about the possibility of a second wave, Prime Minister Modi in his speech at the World Economic Forum in January 2021 declared India’s victory over the pandemic and ridiculed the scientific forecasts. Despite warnings about the risk of super spreader events, the government allowed religious festivals and political rallies to go ahead, drawing millions of people from around the country. Raising serious questions of the intent of the government, the Lancet stated in a recent Editorial.

“At times, Prime Minister Narendra Modi’s Government has seemed more intent on removing criticism on Twitter than trying to control the pandemic and is responsible for presiding over a self-inflicted national catastrophe”

Improvement in the health of the population involves politics, including in terms of handling data. Public health data do not occur in isolation: the variables included or excluded from any given dataset reflect the choices of individuals and institutions with the power to make these decisions.The omission of death numbers is not by accident but by political design, a part of the conscious decision to erase the nation’s conscience and public memory to hide criminal failures. Despite being aware of the political underpinnings of the making or unmaking of death data, it is usually cast in apolitical terms and devoid of every tumult of sufferings, however.

The public memory might be short-lived, death numbers scripted in record books are not. They have the potential to challenge the status quo. Such information is concealed so that people do not turn into rebellion and start asking for the constitutionally mandated fundamental right to live a dignified life. The data on death could be a powerful tool to agitate the masses to ask serious questions on the governance and handling of the pandemic and may put the people in power on the spot and hold them accountable for the catastrophe.

On rare occasions, such as a pandemic of this scale, the politics of omitting the death numbers are overtly transparent as exemplified by the sight of thousands of dead bodies floating in the rivers and buried under the sand, graveyards running out of space, multiple bodies cremated in a single pyre and shortage of wood for funerals.

Rahul Rauny is a PhD scholar at JNU, New Delhi and has worked as a Commonwealth fellow at University of Sussex, UK.