Subscribe
Home > Featured Articles > Response to Covid-19 pandemic from a community engagement perspective: Sweden vs India in waves one and two 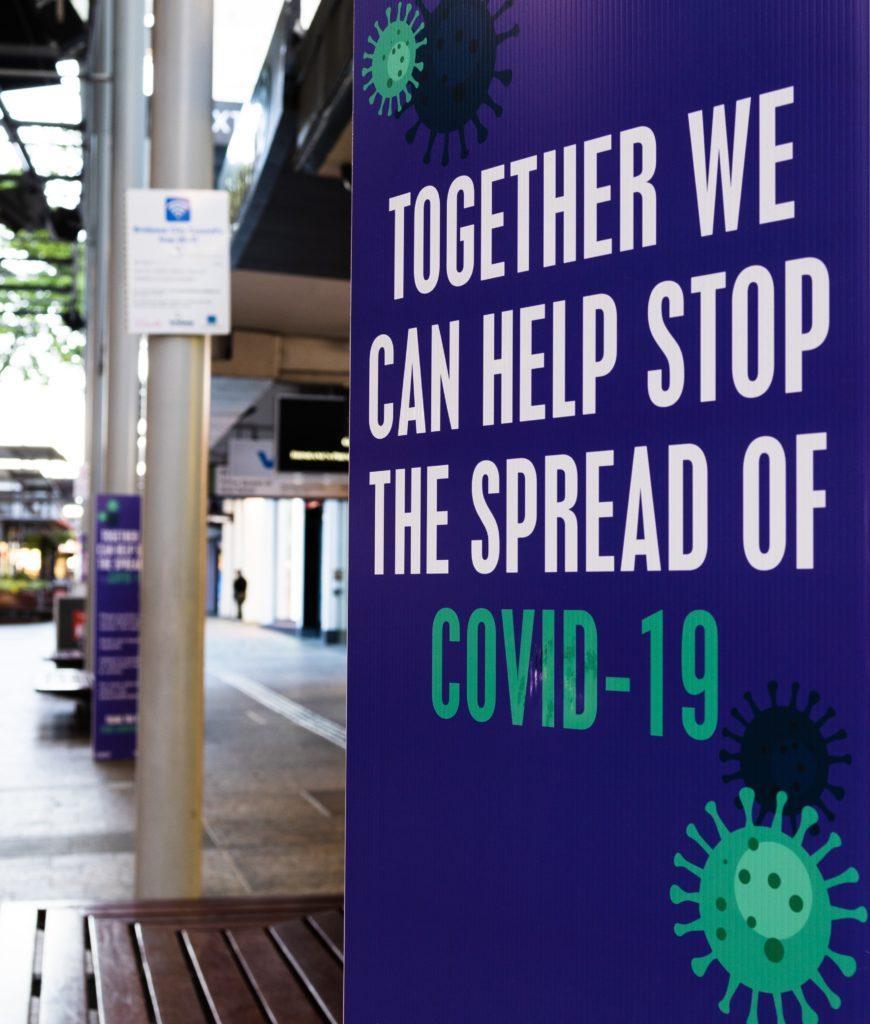 Response to Covid-19 pandemic from a community engagement perspective: Sweden vs India in waves one and two

The European Centre for Disease Prevention and Control (ECDC) has a podcast channel called ECDC on air. With the support of industry specialists in the healthcare sector, the channel focuses on communicating about emerging threats to human health in the EU. On September 29, they aired an episode in which the topic of community engagement in health care decisions was discussed by Dr Andrea Ammon  (head of the ECDC). She highlighted why the Swedish government’s approach against Covid-19 differed from the rest of the world via the perspective of community engagement. Although a bit of an exaggeration, there was some truth to it. As you probably know, community engagement in the health sector refers to including the users or general public in all stages and aspects of the health sector: design, planning, governance and delivery of health services.

I come from India and spent the first two years of the pandemic in Sweden ( and let’s cross fingers not too many pandemic years will follow 😊). Listening to  Dr Ammon’s thoughts about community engagement during a crisis situation, I wanted to compare the countries’ respective strategies towards Covid-19 pandemic through the lens of community engagement. Even if community engagement is not the only important factor in Covid-19 responses, and it’s not fair to compare two countries that are so different from each other, I still think their comparison sheds some light on the importance of community engagement. In spite of very different circumstances in the two countries in terms of political and  socio-economic situation, general public’s confidence, trust towards authorities, perhaps also education level & health literacy, etc. The way these countries dealt with the Covid-19 pandemic in successive waves revealed a lot about governance and power dynamics in health-care decision-making. With Omicron frighteningly on the horizon, nobody is really sure how the pandemic will evolve in the coming months, including in India and Sweden, so here we will mostly focus on waves one and two.

Early in the pandemic during the first wave, the Swedish approach towards the Covid-19 pandemic was debated all over the world as it stood out with a voluntary recommendations strategy that provided guidelines to its population rather than imposing lockdowns like in many other countries. Society in Sweden did not “close”, there was still free movement, and most significantly, schools remained open during the initial phase, unlike in most other countries.

How was this possible? In the OECD report of  2017, it is stated that the degree of competence and values in government are important drivers of trust building in the population towards authorities. In the episode, Dr Ammon also mentioned that Sweden’s initialresponse during the first wave of pandemic was based on the government’s trust in its citizens to follow the instructions and the public’s trust in the PHA (Public Health Agency/ Folkhälsomyndighet). She highlighted that this trust was not built overnight. The PHA (Folkhälsomyndighet) generally encourages “citizen dialogue” in the policy making process. According to her, it was the authorities’ (previous) investment in involving the general public in the health sector dialogue that aided them during the crisis. This policy dialogue gives a lot of power to the common citizen, which is reciprocated in the form of faith and trust in  government agencies. As a result, community engagement was a significant aspect of Sweden’s initial Covid-19 pandemic response, set by PHA. Obviously, there’s more to the so called “Swedish exception” than this, but community engagement was a key factor.

From the second wave on, the approach of Sweden’s public health authority was mostly in line with other EU countries, restricting movement and even closing schools for adolescents over the age of 16 years (though for a short time). Officials denied that Sweden had a different strategy and definitely did not stand out from other EU countries in its approach, which was probably true by then.  During the second wave the Swedish government set stricter rules, social gatherings were not allowed with restrictions on the number of people, gyms, shops and malls had to comply with set numbers of customers they could allow according to their size, restaurants and pubs were asked to close early… yet, still no formal lockdown was implemented. However, the population got confused with so many guidelines, sparking a lot of uncertainty amongst citizens during the second wave. Even though initially there was high community participation with people adhering to recommendations by the government, during the acute phase of the second wave  trust and confidence in government got strained as many officials were found not adhering themselves to those recommendations. Also, during the initial phase of the Covid-19 pandemic, in comparison with Nordic neighbours, Sweden registered a very high mortality rate especially among the elderly population in care homes which also somehow weakened the national support towards authorities over time.

Over to India then. During the first wave in India, as was reported worldwide,  the government imposed strict nationwide lockdowns,  businesses were closed, people were laid off, millions were uprooted, and children were particularly hard hit since they were kept at home since the outbreak began, as schools had closed. Looking at the response from a community engagement perspective, Dr Ritu Priya, a public health professor at Jawaharlal Nehru University in an article emphasized that the government’s response to the pandemic was a stringent lockdown,  never discussed with citizens, thus implying that the government’s actions were authoritative and that community engagement was a major missing link in India’s pandemic response – even if in rural areas some general community engagement was undertaken via the ASHA and other frontline health workers. In general, it is observed in India that citizens have less trust in authorities, including health authorities and staff. The latter is amongst others due to the poor quality of service in public hospitals, a high rate of absenteeism among health workers, and corruption.  As a result, despite the government’s best efforts to promote a large-scale behaviour modification campaign during the Covid-19 pandemic, the population never really understood it and had little faith in official entities.

There were some exceptions to this, though. For example the state of  Kerala  did well in the first wave containing the virus with the help of supportive and complementary actions taken by both the government and citizens of the state. The state government leveraged on the  trust built within the community from pre-existing health care activities such as the development of a robust health infrastructure, spending 60% of the state budget on health care activities, having dedicated community level health care organizations and continuous recruitment of social health workers for community involvement. Kerala also integrated social services with health, for example supplying groceries to the elderly. These exemplary features of the public health system in place contributed to the containment of the Covid-19 pandemic during the first wave in Kerala State.

Moving back to India in general, the Indian Government response to the first wave with lockdowns was also envisioned with a view on buying time to build infrastructure (hospitals, increasing capacity, arrangement of PPE) which the country lacked to a major extent. Not unlike the rationale of lockdowns in many Western countries in the first wave, in fact. Health ministry officials agreed that a lockdown was essential in India to ramp up resources in medical facilities.

During the second (Delta variant) wave of the Covid-19 pandemic,  the mortality rate spiked including among relatively young adults. The government’s response during the second wave was different as the Union government now gave the responsibility to states to set up and implement their own strategies (including lockdowns if required). Local governments were criticised for ordering lockdowns especially on weekends and nights, which made no sense to citizens. Meanwhile, as was reported worldwide, shortage of oxygen, infrastructure and health care facilities rumbling down were there for everybody to see during the second wave, tragically so.  In fact, our worst nightmare came true during this second wave of COVID-19 in India. One of the arguments to support India’s health information system was that if the COVID-19 outbreak became severe we would notice it. And indeed, notice it we did. The disease, which crippled the most advanced health systems in high-income countries, wreaked havoc in India as well during the severe 2nd wave of the COVID-19 outbreak. As the health system struggled to cope, and the capacity to put the deceased to rest also collapsed, it was civil society and community engagement which stepped forward to support the health system. Civil society groups and individuals cooked and served food for the sick, sourced and imported PPEs and medical equipment. Large camps were set up with beds and the capacity to respond to the medical emergency. Volunteers helped people irrespective of socio-economic status through all kinds of social media platforms. All this further infused a sense of mistrust of people in the government as it failed in guaranteeing basic health care facilities during the crisis.

Arguably, both Sweden’s and India’s response against Covid-19 have their fans and protestors, and obviously there is a lot more to their various responses (and their rationale) so far than mentioned above. Also, even if in Sweden there was high community participation, with citizens trustingly adhering to recommendations by the government, a rather high mortality rate was registered compared to its neighbours, especially among vulnerable populations. Conversely, while India’s lockdown response to the pandemic’s first wave was focussed on increasing and building health care facilities and equipment which the country greatly lacked, and the general public (especially the poorest) suffered a lot during the lockdown, there was less mortality than predicted during the first wave.  Tragically, and to some extent unexpectedly,  high mortality was registered during the second wave.

With the ongoing evolution of the virus and the development of public health tools and responses accordingly, we are still a long way from understanding whether or not countries  deployed the best strategies available according to the country specific situation and circumstances, during specific waves. Still, the pandemic does put a spotlight on the importance of community engagement in policy making, certainly also in relatively “quiet” times.

In the episode, Dr Ammon emphasized that the key to success in emergency situations is community participation, which should be institutionalized and woven into policy making processes.  It’s indeed important to understand the concerns and perceptions of the community before the authorities (and/or a nasty virus) put them under pressure during a crisis situation. Lastly, all governments should ensure that society and the government work together to come up with preparedness plans for emergencies.

Reflections on AIDS 2022 and global health diplomacyCan we reach ZERO HUNGER by 2030?The WHO Foundation: a potential game-changer ?Reflections on Promoting Sustainable Healthcare and Pharmaceutical Trade between India and Africa, including from a recent roundtable in HyderabadThe World We Want: Reflections on PMAC 2022 – featuring themes from Myanmar and India
add a comment
Cancel reply
3 comments

Good read. this just shows that no approach can be argued as good or bad, all approaches can work and for sure have both good and adverse affects on the community.