Subscribe
Home > Featured Articles > Reflections on Promoting Sustainable Healthcare and Pharmaceutical Trade between India and Africa, including from a recent roundtable in Hyderabad 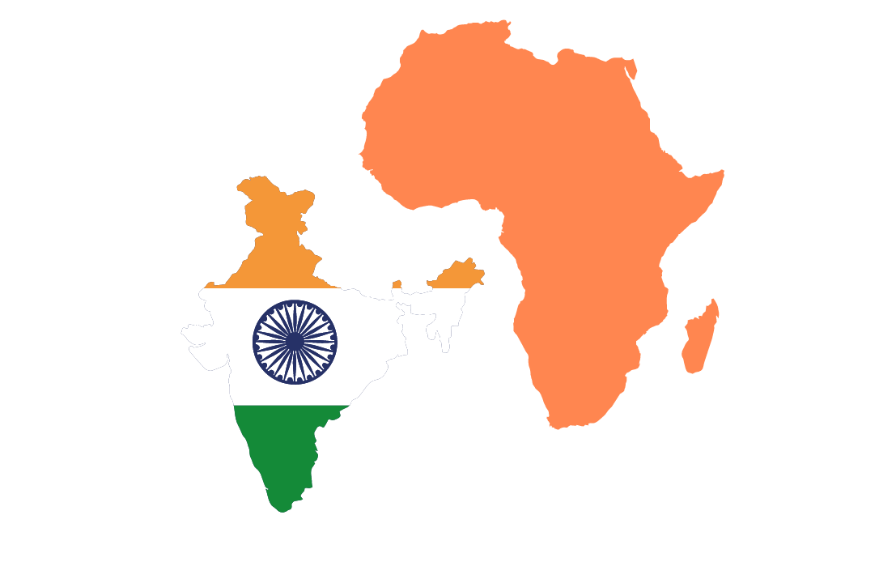 Reflections on Promoting Sustainable Healthcare and Pharmaceutical Trade between India and Africa, including from a recent roundtable in Hyderabad

India’s ties with the African continent go back many centuries. Age-old maritime networks that developed in the Indian Ocean region, were further strengthened during the 19th and 20th centuries spurred by European colonialism. Afro-Asian economic and cultural cooperation came to the fore with the Bandung Conference held in April 1955 in Bandung, Indonesia. It brought together 29 newly independent nations from across Africa, Asia and the Middle East, boosting the political imagination for a new world order that was truly international as well as prompting a radical departure from these countries’ colonial past.

While political engagement waned in the post-Cold War period, India has renewed ties based on commercial and developmental needs with African nations over the past two decades. More recently, the revived relationship has been developing in a context where the political right in India has become dominant, veering away from “mantras of post-colonial solidarity and South-South Cooperation” (SSC) to hard-nosed diplomacy guided by geo-economics.  India currently has 43 diplomatic missions in Africa. Indo-African engagement continues to develop in multiple areas – trade, culture, education, energy, agriculture as well as healthcare. In recent years, health diplomacy has grown to become a significant area of India’s engagement with Africa.

India and health in Africa

India’s tag of being the “pharmacy of the world” – since the early 2000s, India has been at the forefront in providing affordable branded and generic drugs, especially lifesaving anti-retroviral (ARV) medicines, critical for controlling and preventing the transmission of HIV/AIDS –  dovetails with its “India Rising” narrative and its quest for becoming a global influencer. Underscored by the elements of ‘affordability, appropriateness and adaptability’, the Indian pharmaceutical industry has significantly contributed to the promotion of affordable healthcare on the African continent. As for India’s stance with respect to the IP regime, through the Indian Patents (Amendment) Act 2005, India aims for a fine balance between complying with TRIPS (Trade Related Aspects of Intellectual Property Rights Agreement) and avoiding patent ‘evergreening’ (via some clauses), in the process enhancing access to affordable medicines.

The increased availability of quality-assured medicines, mostly procured through United Nations agencies, is attributed to Indian pharma’s strong compliance, in line with global regulatory standards. India accounts for more than 65-70 per cent of medicines in the WHO’s Prequalified List of Medicinal Products for HIV, tuberculosis, malaria, reproductive health and other categories. Not all Indian medicines and vaccines have been prequalified by the WHO, but it’s clear these prequalified products have been key in the scale-up of, for example, ARV therapy.

More recently, many African countries benefitted by receiving COVID vaccines under India’s Vaccine Maitri (“Vaccine Friendship” ) initiative. It is interesting to note that of the 11 vaccines that have been granted Emergency Use Listing (EUL) by the WHO, three have been developed in India. The humanitarian initiative undertaken by the Indian government aims to provide COVID-19 vaccines to developing countries at no cost or a minimal cost. The initiative can also be seen as an Indian health diplomacy maneuver to counter the vaccine nationalism seen in High Income Countries (HIC) such as the United States, the United Kingdom and Germany. The initiative was however jeopardized as a result of the harsh second (Delta) COVID wave in India during March to June 2021, when India’s commitment to supplying vaccines through the COVID-19 Vaccines Global Access (COVAX) initiative was redirected towards pressing domestic needs, leaving many countries across the world including Africa, even more vulnerable.

A recent roundtable in Hyderabad

These and a host of other issues regarding equitable and sustainable health policy were discussed at an informal roundtable held in Hyderabad under the aegis of the Oslo SDG Initiative, on 24 June. The roundtable was themed, “Strengthening South-South Cooperation for Promoting Sustainable Healthcare and Pharmaceutical Trade between India and Africa”. Participants included representatives from Indian pharmaceutical companies, pharma trade advocacy associations, the Pharmaceutical Export Promotion Council of India, the Bulk Drug Manufacturers of India and academics working on issues of diplomacy, development, public health and operations management. The roundtable was jointly organised by Infection Control Academy of India (IFCAI), Indian Institute of Public Health, Hyderabad, Centre for African Studies, University of Mumbai, The Oslo SDG Initiative, University of Oslo and the School of Law, Mahindra University (where I currently teach).

Although the discussions pointed out how India was a natural trade partner for many countries on the African continent, a number of bottlenecks were also identified that hamper SSC. One concern that arose was of India’s relatively modest pharmaceutical exports to different regions in Africa, at least when comparing to imports from especially the European Union. This could possibly be traced to the enduring trade ties of African countries with former colonial states such as the United Kingdom, France, Portugal and Belgium.

Concerns were also raised with respect to structural factors that afflict the African continent, including various “on the ground” complexities. Limited local manufacturing capacities along with the lack of skilled labour to operate machinery, unstable supply of utilities such as electricity and water, poor infrastructure and connectivity, lack of logistics hubs along with inadequate storage and transportation facilities restrict Indian pharmaceutical companies from (fully) benefitting from ‘economies of scale’ while operating in Africa, even if the picture is not the same in every Africa country, obviously.

A key issue that was stressed across discussions was the diversity of domestic trade and regulatory policies that Indian pharma faces in the African context. The lack of a common regulatory framework regarding procurement of Active Pharmaceutical Ingredients (APIs) was also pointed out as a major impediment for Indian drug manufacturers setting up manufacturing bases in Africa. Strengthening local API manufacturing capacity in Africa will not only promote efforts for new drug development that cater to the local needs, but also ensure a secure and more sustainable supply of essential drugs and other biopharmaceuticals across Africa.

Further, with 55 states across the African continent, each at different stages of economic development, Indian pharma has been selective in its approach to African markets. While the bulk of Indian manufactured medicines reach patients through global initiatives supported by the WHO, The Global Fund, Gavi – The Vaccine Alliance and various development agencies, industry-led access to affordable medicines has thus far been restricted only to lucrative markets such as South Africa, Nigeria, Kenya, Egypt and Morocco.

In light of the diversity of domestic regulatory policies, the African Continental Free Trade Area (AfCFTA) adopted by all member states of the African Union (AU) in 2021 might provide Indian pharma with the much-needed common platform to engage with a larger and more unified African market. In recent years, the AU has played a pivotal role in developing the African health sector, especially in terms of knowledge and capacity building as well as managing and preventing health emergencies, even if the “new Public Health Order” is still a work in progress.  Along with the AU’s Africa Centres for Disease Control and Prevention (Africa CDC), the soon to be set-up African Medicines Agency (AMA) will enhance states’ and AU-recognised Regional Economic Communities’ (RECs) capacity to regulate biomedical products to improve access to quality, safe and efficacious medicines, medical products and technologies on the continent. While the AMA will not replace national medicines regulatory authorities,  “it has the potential to improve efficiency, reduce duplication, harmonize standards and processes to enable comparability, and encourage reliance on tested methods of medicines regulation.”

Regulatory complexities apart, India’s opportunity for promoting greater SSC also lies in the historical ties with the peoples of Africa and in the strong networks formed through the Indian diaspora. Stakeholders including policymakers, industry as well as non-state actors such as advocacy groups and academia need to be mindful of engaging the diverse countries in Africa on their own developmental terms. Efforts should also be made to address and reconcile the regulatory complexities and technical limitations pointed out earlier in the article.

While these developments are encouraging, there is scope for further engagement. More initiatives such as the India Africa Health Summit can lead to enhanced cross-country partnership, enabling exchange of skills, technologies, research, medical education and eventually lead to bridging the gaps in health systems. SSC must also entail identifying opportunities for technology transfer especially in the areas of essential drugs, vaccines, diagnostics, medical devices and health workforce development to support public health services delivery. This will also help take both India and Africa closer to the shared goal of quality universal healthcare. Not to mention the fact the Covid pandemic just taught us how vital tech transfer is in a world of rather flawed “global solidarity”…