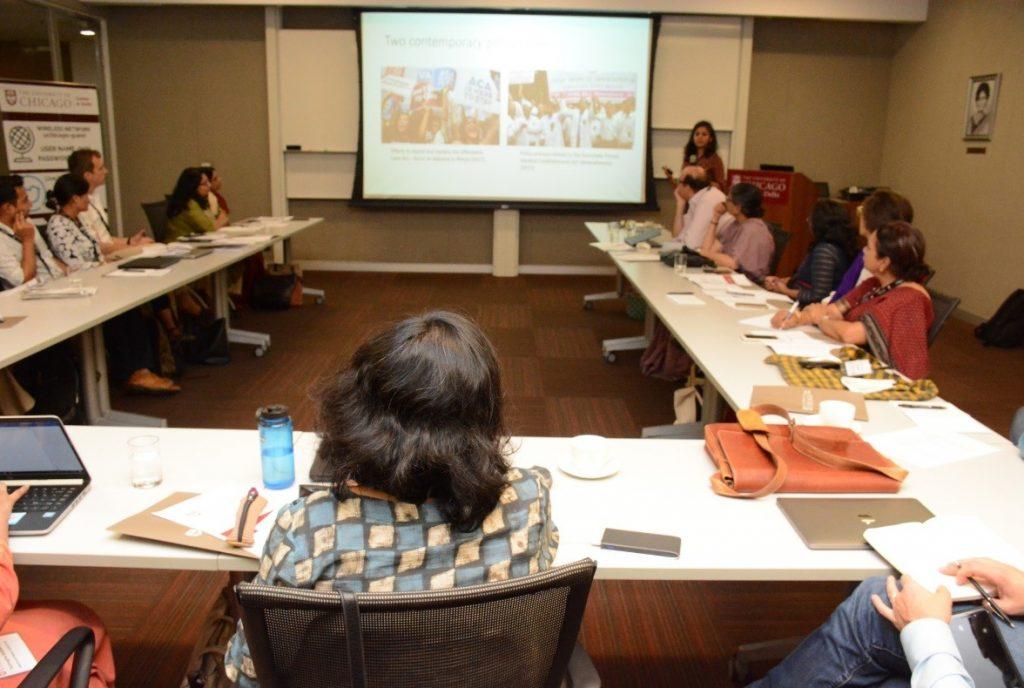 On June 17 2019, doctors across India in both public and private sectors boycotted non-essential medical services, responding to a call for a nationwide strike a few days earlier by the Indian Medical Association (IMA). The strike was in solidarity with junior doctors in West Bengal who were protesting a violent attack against doctors at a public hospital in Kolkata, yet another example of the increasing problem of workplace violence against health workers in India. The IMA and other groups used this episode to bring attention to this issue in the context of doctors in particular and demanded national legislation for strengthening workplace safety.

A week earlier, doctors, nurses and medical students were protesting at the annual meeting of the American Medical Association (AMA) due to the association’s position opposing single-payer financing options such as ‘Medicare for All’. The AMA has stood by its position, which has emerged from its representative ‘House of Delegates’, despite an increasing number of physicians and the public at large supporting some form of single-payer.

These cases highlight the continued relevance of medical associations in contemporary public policy debates. For many years now, health policy experts have argued about the declining power of medical associations and that the public does not trust the medical profession. However, there is plenty of evidence to suggest that the reality is more complicated – associations may be less powerful and less trusted; yet at the same time, these groups are clearly major voices in certain health policy debates – within the profession and with the public. One challenge is that there is simply not enough research and reflection about these associations in the context of low- and middle-income countries. Associations are regularly highlighted in health policy and systems research (HPSR) as key policy actors, but are often portrayed as homogenous and one-dimensional, when in reality, they are numerous and take a variety of positions and stances.

We decided to address this lacuna through a joint research project, conducted over this past year, 2018 – 2019. This study, a collaboration between Azim Premji University and the University of Chicago, compared the policymaking role of professional medical associations in the U.S. and India. One aspect of our project was to bring together a diverse group of stakeholders in India – researchers, practitioners and members of associations – to discuss these topics in the context of India and the U.S. We organized a workshop on April 27, 2019 in Delhi that aimed to share and discuss new research on the role of professional medical associations, understand the perspectives of practitioners and members of different associations and deliberate on directions of future research and collaboration.

The workshop led to a rich and wide-ranging conversation on the role of associations in India and the U.S. One of the important themes that emerged from the discussion is the multitudinous nature of medical associations. Associations are extremely heterogeneous, yet in the case of India, quite porous. A dizzying number of associations exist at the state and national level and for different groups – ‘umbrella’ associations, specialty associations, hospital-based associations, among many others. This is also a dynamic policy space, with shifting power dynamics, an important factor given the rising influence of the hospital industry. Physicians themselves seem dissatisfied with the organization and functioning of major ‘umbrella’ groups such as the IMA. Despite this, the association has endured for nearly a century as a somewhat unifying body for the profession, particularly in cases where physician views are more uniform – the recent IMA strike is a telling example. That said, the IMA varies by state; in some states, such as Kerala, the group plays an active role in engaging with the government, while in other states, their involvement is more nominal; and other associations have variable ties with the IMA, close in some cases, distant in others. Further research is needed to break apart our largely ‘monolithic’ understanding of medical associations, and to understand the power dynamics across associations and within associations.

In HPSR, associations are often discussed solely in the context of protecting or promoting physicians’ interests, at the expense of the public. Our conversation revealed a far more complicated picture.  While it is true that some associations are mainly focused on their members’ interests and in some cases make questionable deals, such as the endorsement of certain household goods, others appear to be making an effort to balance their members’ concerns with broader public health and equity objectives. We heard examples in our workshop of associations adopting community-based approaches. Further, associations do not have uniform stances on all policies, actively supporting certain public health issues and radically opposing others. More research is needed to understand such diverse policy stances as well as diverse orientations of different associations.

While a ‘union’ like strategy (for example, reactive measures in the form of strikes) seems to be increasingly the trend for many associations, lobbying strategies in fact vary across different policy objectives. The strategies could range from silence to opposition to forging partnerships through coalitions of convenience and individual or institutionalized networks. As our research shows, these strategies are marked by complex negotiations among different stakeholders involved in policy making – mainly the government, civil society as well as representatives of different associations.

Health policy processes are increasingly crowded and contested spaces, and yet, medical associations continue to play a major role. The workshop reiterated the need for more inter-disciplinary research that can contribute to a nuanced understanding of how power dynamics flow through different associations and shape the policy process, the politics of coalitions involving associations, the implications of a union/interest group approach to both organized medicine and the wider debates around national health reforms and universal health coverage.

Arima Mishra is an associate professor at the school of development in Azim Premji University in Bangalore, India.

Maya Annie Elias is a researcher with the Institute of Public Health, Bangalore. Her interests are in access to medicines and mental health.