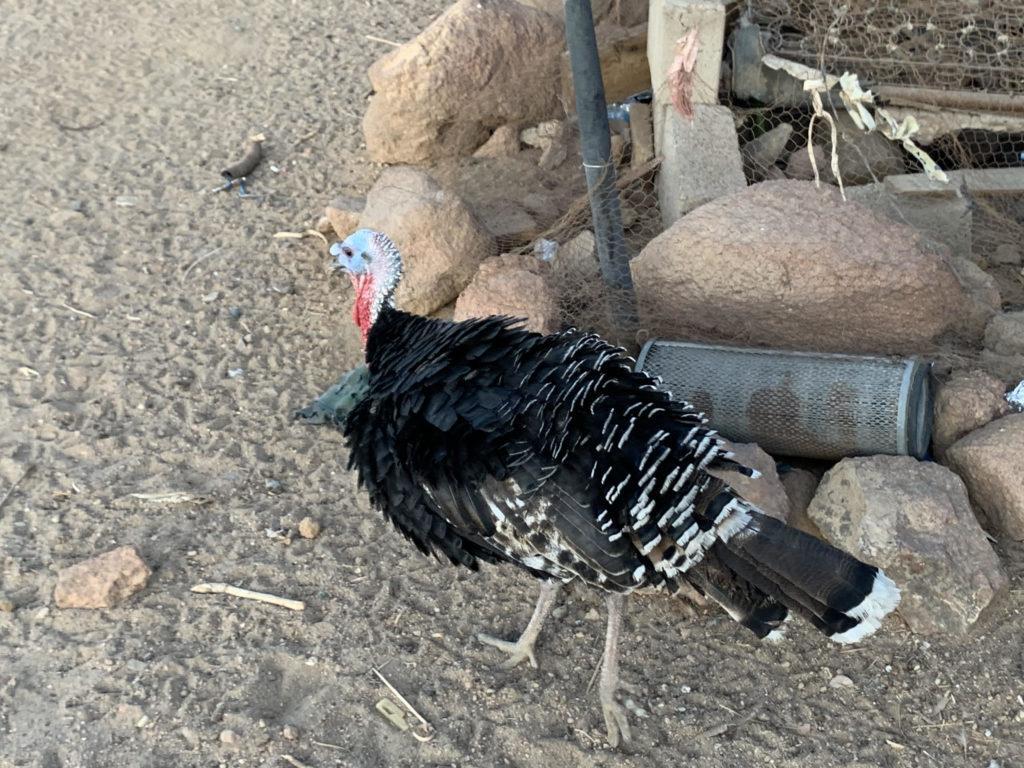 COVID-19 was a watershed moment for all countries in the Middle East and North Africa (MENA) region, especially after decades of geopolitical and economic shocks. But even before the pandemic struck, sustainable development was already jeopardized by an unstable economic environment and scarce resources, among other challenges.  See for example this 2014 Lancet report: “The dynamics of population change, ecological degradation, and resource scarcity, and development policies and practices, all occurring in complex and highly unstable geopolitical and economic environments, are fostering …. poor prospects [for health].” The MENA region is a global climate (crisis) hotspot and there’s also a constant threat of food and water insecurity. Over the past years, the region witnessed increased demographic pressure, rapid urbanization and increased cross boarder movement due to armed conflict and displacement.

The MENA region is also a hotspot for zoonotic diseases, among others due to its geographic location under migratory birds’ flight paths, mass gatherings (such as the Islamic pilgrimage, Hajj), political conflicts, and refugee crises. The region has a wide variety of wildlife interacting with the environment and allowing for zoonotic disease emergence and (re)-emergence. All this results in (potentially) devasting consequences: high morbidity and mortality, disruption of regional trade, extra stress on scarce public health resources.  Unfortunately, in the region there is still a disconnect between population, environmental policies and health starkly putting its citizens at risk. Against this backdrop, rethinking health security in the region has become a matter of survival. In this piece we argue that a  One Health approach should be a vital element of a global health approach “fit for the 21st century” in the region.

As mentioned, the MENA region is characterized by a unique vulnerability to zoonotic threats. In recent years, infectious outbreaks were detected in a number of countries in the region, among others yellow fever, cholera, the spread of avian influenza A (H5N1) and the emergence of MERS-CoV (2012). Antimicrobial resistance is also a serious threat in the region. An expert from the region put it in a Lancet World Report from 2019 like this:  “….Middle Eastern conflict zones, such as Syria, Yemen, Iraq, and Gaza, face a “perfect storm” of circumstances to foster AMR, including destroyed or collapsed health-care systems amid ongoing conflict, unchecked and unregulated use of antibiotics, and lack of laboratories and other diagnostic tools.” In countries ravaged by conflict, the risk of developing a drug resistant infection due to treatment interruption is thus common and exposure to sewage and wastewater may lead to drug-resistant outbreaks, for example in refugee camps. Humanitarian crises can exacerbate infectious diseases. For example, Yemen was recently hit by one of the worst cholera epidemics in history. Amid the lack of basic amenities, chronic malnutrition, and unfavourable weather conditions, aerial transfer infection occurred by cholera-infected chironomid insects. Moreover, cultural habits, such as the consumption of unpasteurized dairy products, can trigger diseases that can spread between humans and animals. All these factors threaten regional health security. It’s quite a list, sadly.

Against this backdrop, it is clearly time for the region to dedicate more attention to the animal kingdom and the environment, and how they directly affect health. The One Health approach connects disciplines across the human–animal–environment interface to address health through a coordinated, effective, efficient, and sustainable approach. Just a few months before the pandemic, a commentary titled “A chance to implement ‘One Health’ in the Middle East and North Africa”  was published in The Lancet Planetary Health. It sparked a thought in my mind that ‘One Health’ could break the health security conundrum in the MENA region and strengthen health systems. It wouldn’t solve everything, but it’s a vital part of ‘Health for All’ in the region, I believe.

While arguably, the introduction of a ‘One Health’ approach is not new in the region, practitioners have started to be more proactive lately in terms of adopting the approach. Egypt and Jordan are two countries that are paving the path towards (more) ‘One Health’ in the region.  As the old saying goes, you must ‘make the most of what you have’, and so Egypt is now strengthening its existing ‘One Health’ capacities by capitalizing on a multisectoral coordination mechanism, the 4-Way Linking (4WL) Task Force which supports regular information sharing across four functional streams: epidemiology, laboratories, animal and human health. Recently, a ‘One Health Technical Advisory Group’ (OHTAG) has been established which presents a real opportunity to strengthen health systems resilience. This group calls on relevant sectors and disciplines to collaborate, communicate and coordinate key actions, and comes up with recommendations to address Priority Zoonotic Diseases (PZDs),  including COVID-19 and antimicrobial resistance.

In Jordan, Priority Zoonotic Diseases were identified using a ‘One Health’ approach and  a systematized Center of Diseases Control (CDC) tool –  One Health Zoonotic Disease Prioritization (OHZDP). Input from representatives of human, animal (livestock and wildlife), and environmental health sectors was collected during an OHZDP workshop. This was a great stride toward strengthening surveillance of emerging infectious diseases in the region. It is a steppingstone in the arena of strengthening health informatics and paves the way for countries in the region to leverage “Big data” to enhance the effectiveness of “One Health”.

This is a wakeup call to integrate animal and environmental health into our response to future pandemics. As a chain is as strong as its weakest link, it is no longer plausible to work in silos. Consequently, ‘One Health’ should be the new nexus of global health in the region. MENA countries need to transition from traditional health strengthening approaches to approaches which also consider human societies and natural ecosystems.

On the bright side, the region supports the global calls for  establishing a pandemic treaty.  Indeed, it is crystal clear ‘One Health’ is not only a multidisciplinary collaboration but also a global health governance issue. As today’s crisis, the COVID-19 pandemic, should not go to waste, the International Centre for Comparative Environmental Law (CIDCE) recently developed a draft convention on pandemics.  ‘One Health’ is still not integrated in international treaties, and so, determined to avoid the next pandemic, the draft convention calls for operationalizing ‘One Health’ through a pandemic treaty. In fact, the international NGO in  special consultative status with the United Nations calls for the rapid conclusion of the pandemic treaty in the outcome documents of both UNEP@50 and Stockholm+50, in 2022 already, as this would help to promote progress in health law and environmental law globally, in harmony with nature, through a specific convention to combat pandemics.

That might be a bit ambitious. But in a world with so many threats, it’s perhaps good to be ambitious.

Hoda K. Hassan is a public health professional, has an MPH from the School of Health and Related Research (ScHARR), The University of Sheffield, United Kingdom and is also a pharmacist. She is passionate to improve the health and well-being of populations in the Middle East and Eastern Mediterranean region . You can follow her on @Hoda3011.