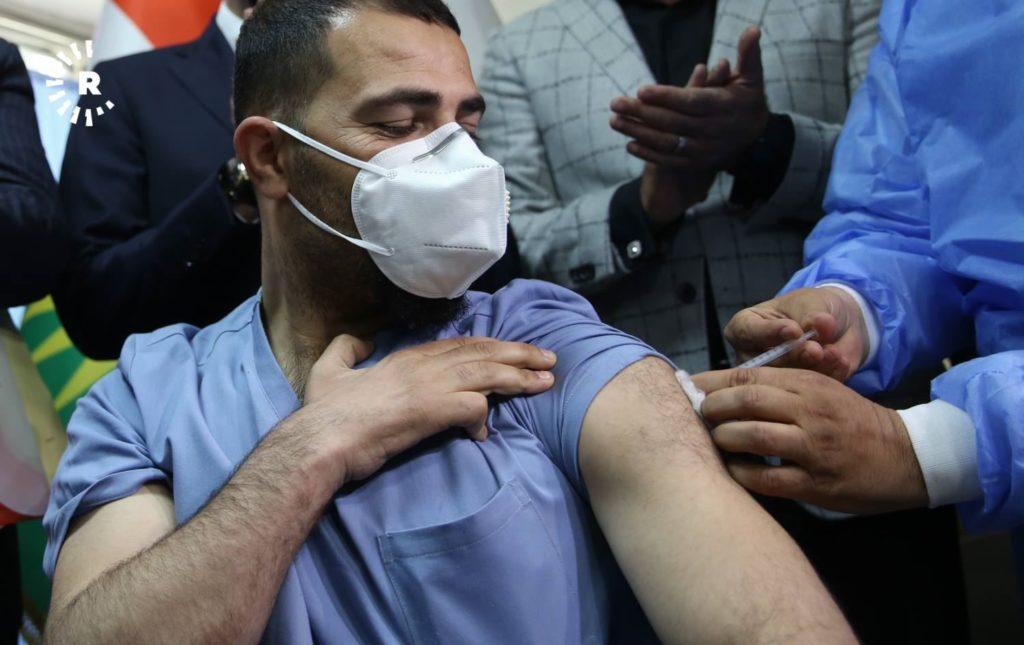 Most of the focus in the debate on COVID-19 vaccination has been on the global aspects so far. Global vaccine inequity, vaccine nationalism, rich countries failing to deliver on their pledges to the COVAX scheme,  a lack of convincing G7 and G20 commitments (and donations) at one summit after another, tricky Trips waiver negotiations, recently also the global discussion on booster shots which could even further increase the inequity, …   If you keep an eye on the global health policy news, we trust you are acquainted with many of these debates and follow them closely. However, we know much less about the intricacies of the matter at local level. With that in mind, we will explore some of the issues related to COVID-19 vaccination in the Kurdistan region of Iraq (KRI) in this article.

Although the global aspects are of vital importance, it’s imperative that researchers, activists and other stakeholders also pay attention to local determinants of vaccine procurement, distribution and uptake. Such issues,  in KRI for example, can offer important insights, including for some other settings.

Currently, the KRI is at the beginning of yet another wave of COVID-19. At the moment there are over 10000 active cases with more than 1500 new daily cases. By now, the overall death toll has reached more than 4500.

As of July 12th, 2021 the Ministry of Health in Kurdistan (MoH) had been able to vaccinate only 152,843 individuals. This represents 2.5% of the total KRI population of about 6 million. The number of people who received both doses of the vaccine is even lower.

With the high numbers of active cases and low vaccination rates, the “India scenario” is a very big worry in KRI as well, for the moment.

The main source of covid-19 vaccines has been the COVAX facility with coordination by WHO. Iraq and Kurdistan received the first doses of the AstraZeneca (AZ) vaccine as part of COVAX in March 2021, a second batch arrived in May. By the end of May, Iraq had received about one million AZ doses through the COVAX facility with KRI’s share determined through an agreement with the central government of Iraq. KRI also received five thousand doses of donated Sinopharm vaccine and purchased over 3,300 Pfizer vaccine doses.

Issues with vaccine procurement are exacerbated by local challenges for vaccine distribution and uptake.

Media outlets such as the BBC and Iranian news agencies have reported examples of Pfizer vaccine being smuggled from KRI to Iran. Some doses of the Pfizer vaccine were sold for thousands of US dollars.

Pre-existing social perceptions about the quality of goods produced in different countries have been reproduced about the vaccine in KRI. People here generally regard American products to be higher in quality compared to Chinese, Russian or even British goods. The Covid vaccines seem no exception with many preferring Pfizer over AstraZeneca and Sinopharm.

Gender dynamics have also affected vaccine uptake. More than two thirds of those who received the first dose of the vaccine were males. Although these data related to Iraq, the same proportions likely apply in KRI.

Furthermore, political and personal connections played a role in access to the Covid-19 vaccine. Individuals with strong political and personal connections were able to receive the vaccine quicker and receive ‘better’ vaccines compared to others. Politically well-connected individuals posted social media messages boasting about receiving a Pfizer shot while others have been waiting for months to receive any kind of vaccine.

Finally, mistrust in the government in general, and the public health system in particular, is also a significant factor in KRI (just like in some other countries in the region). Against that backdrop, many people were (and are) hesitant about vaccines as well as sceptical  that the government would be able to procure the covid-19 vaccine and distribute it relatively quickly.

In short, as the KRI vaccination story shows, introducing a vaccine to a country or a region will be affected by the existing social context (political, economic and cognitive) factors. Although global aspects play a key role in vaccine roll-out and inequities, without an in-depth understanding of local determinants of vaccine procurement, distribution and uptake the COVID-19 fight will likely continue for even longer than anticipated.

Specialist doctor in gynecology and obstetrics