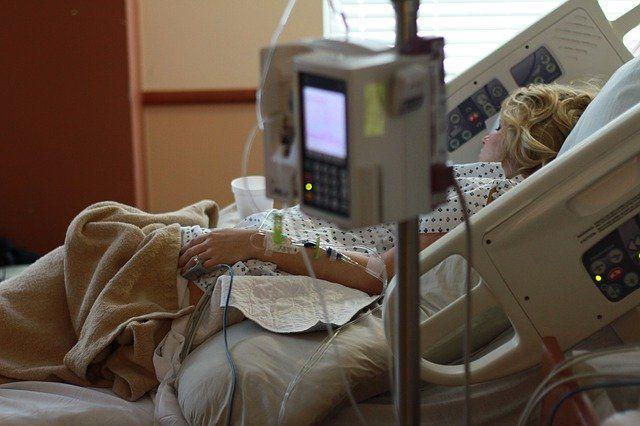 Being a woman in her mid-twenties I have noticed that my social media feeds have been taken over by photos of impossibly cute babies of friends who are radiating joy and a newfound purpose and making me wish to have one of my own.  However, every now or then, I hear a different story. A story of mistreatment, humiliation, abuse, violation, and dehumanization by healthcare professionals – those who should ensure safety and protection in the vulnerable moments of childbirth. Those stories make me wonder how in the 21st century, when women are more empowered than ever, there is a very specific type of gender-based violence present in, supposedly safe, hospital settings all around the world.

While it is still uncommon for women to share these unpleasant stories, the issue has been drawing some public attention in recent years, and has, rightfully been given the name obstetric violence. The term was first defined in 2007 in Venezuela as: “…the appropriation of the body and reproductive processes of women by health personnel, which is expressed as dehumanized treatment, an abuse of medication, and to convert the natural processes into pathological ones, bringing with it loss of autonomy and the ability to decide freely about their bodies and sexuality, negatively impacting the quality of life of women.” In 2014 the WHO released a statement on disrespectful and abusive treatment during childbirth, describing such practices as a violation of women’s fundamental human rights, and calling for “action, dialogue, research and advocacy to prevent and eliminate this problem.”

Obstetric violence occurs all over the world, including in countries like Croatia, my home country which has a universal national health care system and modern European hospital facilities. In response to this, in 2014, ‘Roda – parents in action’ started the #BreakTheSilence movement, with hundreds of women sending in anonymous letters that described the painful details of the obstetric violence they had experienced. They reported feelings of fear and helplessness, of physical and emotional pain, of being objectified, and even of being raped. Many of them were not informed about the surgical procedures that were carried out on them, they were not asked for their consent, and expediency was often favoured over quality of care. For example, some women did not receive anaesthesia even when required, because speedy action was needed to save the baby and it was presumed that the mother would be too emotional to reason with.

In 2018, a Croatian MP Ivana Ninčević Lesandrić, spoke in Parliament about what she described as the worst 30 minutes of her life, when following a spontaneous miscarriage, she found herself on a surgical table, hands and legs tied down, undergoing a curettage without her consent, and without anaesthesia. This heart-wrenching description of such a difficult time was then mansplained by the then Minister of Health, who assured her that this is not the practice in Croatian hospitals, and that she must have got it all wrong. Following this event, thousands of Croatian women #BrokeTheSilence again, sending more letters with similar confessions. Even the UN reacted urging the Croatian Government to “end violence and abuse against women in reproductive health procedures” and to “conduct an independent investigation into those allegations, to publish its results and to elaborate a national action plan for women’s health.” The Croatian Government responded with silence.

So why is this happening? Culturally and religiously, it is viewed as natural for women to suffer for their children. Even books and movies we grew up with portray childbirth as extremely painful, and as something women just have to put up with. Throughout the past century, the trend of moving labour from the home to hospital setting has significantly decreased child and mother mortality worldwide. However, putting pregnancy and labour into hospital environments has also medicalized an otherwise healthy, physiological process and created a perception of childbirth as pathological, even when this is unnecessary. Healthcare professionals often don’t recognise their actions as violent, but as part of good medical practice, and women are pushed into thinking that as long as the baby is healthy, there is nothing to complain about.

The lack of recognition of obstetric violence on a professional level, and insufficient initiative to change current delivery practices has resulted in women being frightened to give birth in hospitals, which in turn has contributed to the increase in home deliveries. When planned carefully, in countries with a well-established midwifery system integrated in the healthcare, home birth can be a wonderful experience, not only for the mother, but also for the whole family. However, there is a great danger that this trend could lead to an increase in delivery complications, possibly endangering both the mother and the child’s life. Some studies indicate this is already the case, which is a major setback in improving maternal and neonatal health and eliminating preventable new-born deaths.

While the world has finally started to talk about this problem, there is still a need to address the deep-rooted views of labour as a worthy experience, the medicalization of pregnancy, and the lack of communication skills among physicians, through education, awareness and women empowerment. Obstetric violence is only one of the many fruits of gender inequality that keeps festering in spite of efforts to fight the disparities among genders. It is a clear indicator that the societies all around the world are still very unaware of the gap between the genders and how deep and far reaching its consequences are. Clearly there is a lot of work to be done, even in the most developed countries of the world, on instilling the values of women, their rights and their empowerment into the foundations of our communities. As long as gender inequality exists as a systemic problem that is deeply rooted in our political institutions and social constructs, it will bear the rotten fruits of unsafe and unhealthy behaviours towards women, with obstetric violence being only one of many such unforgivable practices.

Ema is a medical doctor with experience in Emergency Medical Services in Croatia. Motivated to make a positive change in healthcare systems, she is currently enrolled in the MSc program in Health Economics, Policy and Management at Karolinska Institutet, Stockholm.