Subscribe
Home > Featured Articles > ‘Next time be prepared to replace your pill with herbal tea! ’ – The WHO Global Centre for Traditional Medicine and what it might hold for global health & the (new) world order 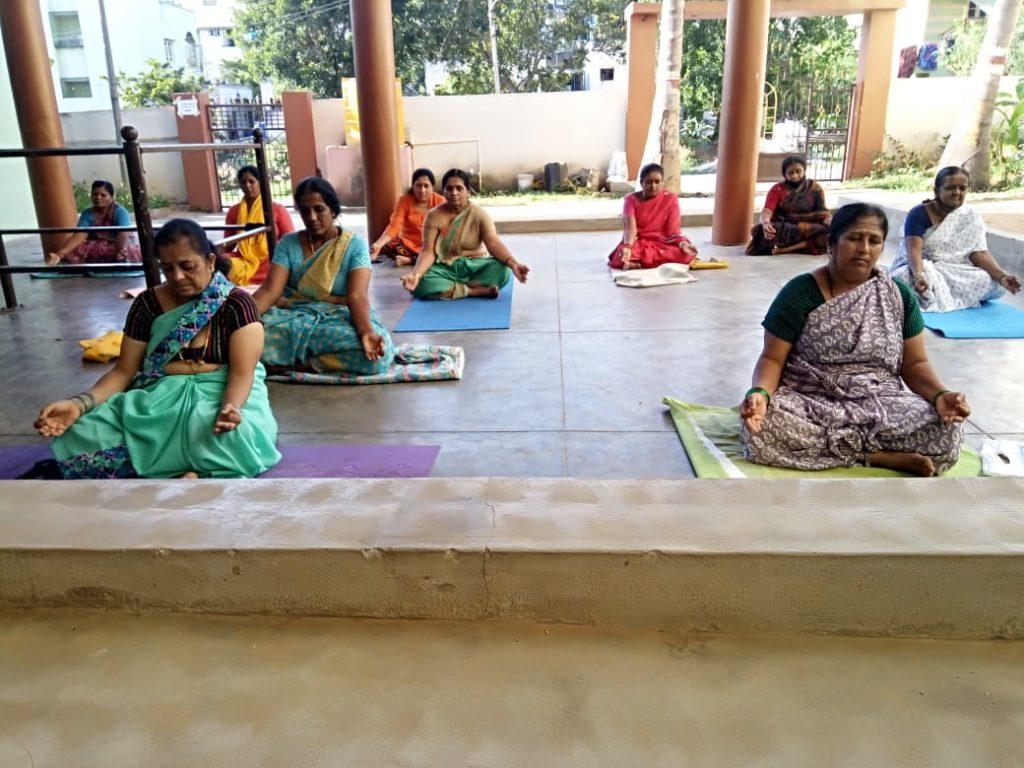 ‘Next time be prepared to replace your pill with herbal tea! ’ – The WHO Global Centre for Traditional Medicine and what it might hold for global health & the (new) world order

‘Namaste’, “Kem Cho, Badha? Maja ma?” (Greetings! How are you all? Happy?)  Those were the exact opening words of the director-general of the WHO, Dr Tedros Ghebreyesus, as he was speaking at the “foundation stone laying” ceremony for the WHO Global Centre for Traditional Medicines (GCTM) in Jamnagar, Gujrat, India. On 19th April, Prime Minister Narendra Modi and Dr Tedros laid the foundation stone for this centre which is to see the light in Jamnagar in the years to come. The timing was impeccable. While the world is on a downward journey and getting worse day by day, first with the COVID pandemic, now with the Ukraine war and its global impact (and let’s not forget about climate change acceleration), the only country that (still) seems to shine and brings that positive vibe is India. Although not entirely uncontroversial (certainly if you look a bit closer), India has been able to propagate its cleaner, “world healer” image for quite some time now. First by being the largest single supplier of the global COVAX vaccine sharing scheme (till that ran into some trouble), then by providing some of the biggest humanitarian aid in Ukraine, to the inauguration of this traditional medicine centre: India’s journey has been fairly phenomenal in recent years, also from a global perspective.

As per WHO, a whopping 80% of the world’s population is estimated to use traditional medicines; 170 out of its 192 member countries have reported their use while their governments have asked for WHO’s support in creating a body of reliable evidence and data on traditional medicine practices and products. Enter this new global centre. The new centre also completely aligns with PM Modi and India’s ruling party’s vision of boosting the AYUSH (Ayurveda, Yoga and Naturopathy, Unani, Siddha, and Homoeopathy therapy) sector. From setting up a separate AYUSH ministry (in 2014) to the establishment of this new GCTM centre, the current government has demonstrated an interest and put in the effort to strengthen the role of AYUSH in India’s health system. The inauguration of this centre coincides with another milestone –  the Azadi Ka Amrit Mahotsav (an initiative of the Indian Government to celebrate and commemorate 75 years of the country’s independence and the glorious history of its people, culture and achievements).  The Indian Government has  invested US$250 million in the centre which aims to harness the potential of traditional medicine from across the world through modern science and technology. During the COVID-19 outbreak of 2021, AYUSH therapies were used mostly for prevention purposes in India. According to WHO, the centre will strive to build a global evidence base for policies and standards on traditional medicine practices and products. It will further help countries integrate traditional medicine into their local health systems and regulate its quality & safety for optimal and sustainable impact. The new centre focuses on four main strategic areas: evidence and learning; data and analytics; sustainability and equity; and innovation and technology.

A few days after the onsite launch of the centre, the first Global Ayush Investment and Innovation Summit 2022 took place in Gandhinagar, Gujarat. Five significant MoUs were signed with Argentina, Brazil, Mexico, Canada, and the Philippines with lots of emphasis on research, development and innovation. The summit witnessed a potential investment of more than US$1.28 billion in major categories such as medical travel, R&D, pharma, technology & diagnostics, and farming & agriculture in the medicinal plant sector.  India’s AYUSH industry is projected to reach US$ 23.3 billion in FY 2022; that would be a further boost to the already rapidly growing global traditional medicine industry which in itself is estimated to reach US$ 430.05 billion by 2028. AYUSH products (dietary, lifestyle, pharma) and services (medical care, wellbeing) are poised to be the next (mega-) growth sector. Indeed, in line with PM Modi’s vision of Atmanirbhar Bharat (self-reliant India), with no restrictions on foreign direct investment, the Ayush sector has tremendous growth potential. AYUSH pharmaceuticals (generic, proprietary) and dietary supplements are already being exported all over the world while aligning with local regulation in the buying countries. In recent years, there has also been a rapid modernization of the ways traditional medicine is being studied. To that effect, the summit specifically focused on start-ups which are trying to bring excellence and standardisation across AYUSH products, services and practices through the use of scientific methods and techniques such as the use of artificial intelligence to study pharmacokinetic properties of the drugs, use of functional magnetic resonance imaging to study brain activity and the relaxation response for meditation and yoga. The new AYUSH Visa introduced under the Heal in India campaign will further boost the already thriving medical tourism sector in India.

With reports of the supply and demand gaps widening further to manufacture Ayurvedic medicines in India, we will have to see how the above promises will take shape in the future. Equally challenging: what will be the response from the ‘big pharma lobby’ this time? We all know the (ongoing) resistance by Big Pharma to the TRIPS waiver request that aimed to increase local manufacturing of COVID vaccines; how they will respond to something which could even more directly target their business? As Ayurveda & Yoga focus more on preventive care, the cost of healthcare & wellness could very well come down drastically if AYUSH makes headway nationally and globally.

The presence of Dr Tedros, aka Tulsi Bhai (as the PM himself fondly calls him) ( PS: ‘Tulsi’ is a medicinal herb and ‘Bhai’ means brother), at this momentous occasion and his famous ‘Thriveni’ speech (speaking in three languages) on India’s traditional medicine contribution to global health and sustainable development, further back up this optimistic viewpoint. Healthcare may be different by 2030 as the WHO and India aim to transform the health sector and usher in a change in the mindset of people by modernising and building an ‘evidence base’ for traditional medicines (or “grandma’s prescription”).

So next time, be ready for, say, a herbal tea which might prove as beneficial as your pill!

Dr Manoj Kumar Pati currently works as a Knowledge Management Specialist at KHPT, Bengaluru. India. He is a former EV (EV2016 cohort) and holds a special interest in global health, NCDs and PHC. He is currently pursuing a PhD. in social sciences from the University of Antwerp, Belgium. (Twitter handle: @drmanojkpati )

Spotlighting the role of courts in health policy processes: The role of the Delhi High Court in COVID-19 policy formulationKey features of an uplifting global health collaboration and work environment: From two mid-career African health experts.Are we really ‘one’ in ‘One Health’?Time to Rethink Global Collaboration: Travel restrictions for global health professionalsEV2022 in Colombia: On keeping Emerging Voices innovative, disruptive and relevant
add a comment
Cancel reply
2 comments

Interesting piece Manoj! Good to see this discourse shaping globally. A much needed one
.

Greats strides in traditional medicine for India and the world. The costs healthcare and wellness should indeed come down!