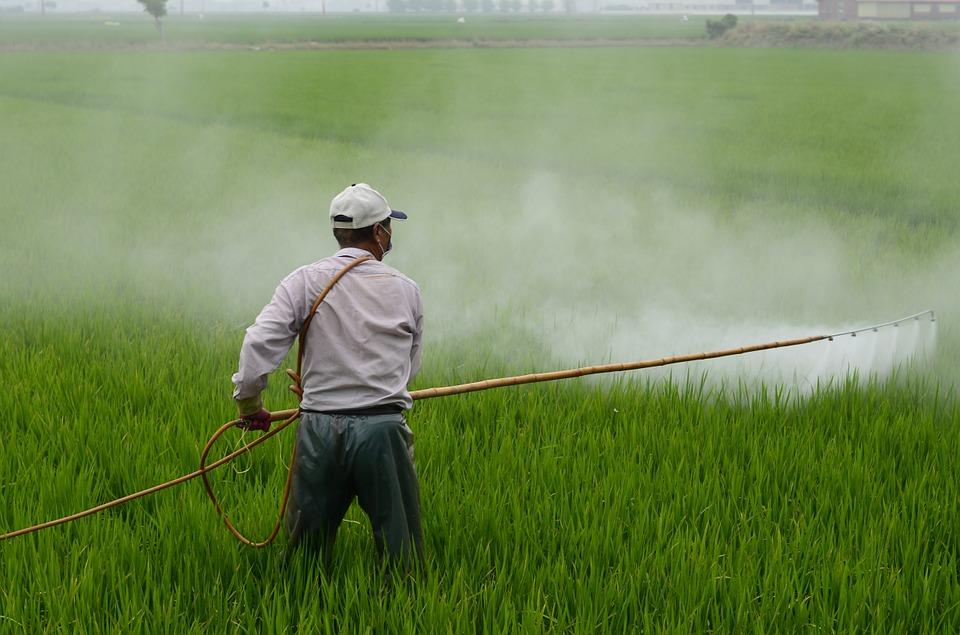 Mighty yet perilous: Why are pesticides ignored in global health debates?

My grandmother, later alone my mother were smallholder farmers in Uganda, and I grew up in the era where malaria was highly prevalent. So, I think I qualify to tell you a little bit about pesticide use for food production and public health. Quickly, I have witnessed both the use of sustainable (unconventional) and conventional food production practices. While synthetic pesticides were discovered as early as the 1930s, smallholder farmers like my grandmother and mother still relied on unconventional methods like growing crops in rows, burning, mulching and rat proof granaries to control pests in the late 1990s.

Over the years, the volume of food produced has increased all around the world with the use of pesticides. In the early 2000s, my mother moved onto the pesticide bandwagon to increase her crop production. She could often buy rodenticides to kill rats and squirrels; and later on, carry a knapsack filled with mixtures of insecticide or herbicides to spray her fields without using appropriate protective gear. Until recently, with the Intergovernmental Panel on climate change (IPCC) call on sustainable food production, pesticides were highly regarded as the silver bullet to agriculture intensification in powerful agri-business circles, in order to meet the global food demand.

Indeed, pesticides are mighty. Many years ago, several countries eliminated malaria and other vector-borne diseases like Dengue using the famous Dichlorodiphenyltrichloroethane (DDT) among other pesticides. Malaria was my biggest worry during childhood. In fact, I received a couple of injections for malaria treatment as I hated the then sour chloroquine tablets. Pesticides interventions for control of vector-borne disease were something ahead of us. Clearly, my small rural village was naïve about the mighty pesticides. Today, many African countries are working towards eliminating malaria using pesticides. In fact, the Uganda national malaria control programme is relying on indoor residual spraying, not with DDT but a string of other pesticides to meet its desired goal of malaria elimination. Other than food production and disease control, what is the cost…….?

In 1962, Rachel Carson defined the cost of pesticide use in her book titled “Silent Spring”. Here she documented the detrimental effects that the haphazard use of pesticides has on the environment. My curiosity about pesticide arose just last year when I read Rachel Carson’s book. I was a little worried for my mother and many other farmers in my community who have used pesticide over the years. With its might, pesticides have been linked to human health and environmental effects including degrading the quality of soils in the agricultural fields. However, due to my interests, I will focus here on the human health effects.

Inspired by Rachel Carson, scientists have over the years linked many pesticides to short-term and long-term human health effects. Save for my experience from my mother’s farming days, my first scientific encounter with pesticides was a record review of pesticide poisoning cases in five hospitals in Kampala. With largely acute cases, the situation left me a little terrified. Interestingly, many of the pesticide poisoning cases were intentional implying that beyond farms, pesticides are also facilitating suicides. When I held detailed discussions with farmers, they speak of pesticide as mighty in killing pests and weeds as well as increasing food production in especially in the early days. However, they lament its effects on biodiversity and the side effects they experience later on. They barely talk about the chronic health effects they might experience in the future.

Indeed, many farmers including my mother are not aware of the chronic health risk associated with pesticides. So, are many of us that consume the farm produce? We are exposed to pesticide residues every time we feast on our favorite foods. Reported to affect about 13 body systems, pesticides have been associated with several cancers, reproductive and neurodevelopment disorders, and genotoxic effects among others.  Recent evidence also implicates pesticides to accelerate cardiovascular diseases, asthma, autism and chronic obstructive pulmonary disease especially among farmers. Clearly, pesticides are a silent spring (killer) that global health discussions should bring to light and call for action.

A recent report by African Centre for Biodiversity titled “Africa must ban glyphosate” has called upon African leaders to restrict or out rightly ban the use of glyphosate and glyphosate-based herbicides as well as other herbicides of human health concern such as paraquat and 2,4-Dichlorophenoxyacetic acid in food production. In Uganda, authorities are under pressure from the public for guidance on the way forward with the use of glyphosate for food production. In Europa, North and South America, and Asia; several countries have already issued an outright ban on glyphosate and glyphosate-based herbicides. In the United States of America, many families that have lost their loved ones and victims of glyphosate implicated cancers have sued Monsanto the glyphosate producing company. By all measures, this is sufficient noise that global health experts can thrive on. There is no doubt about the efforts of the global health community as already evidenced with its action on tobacco use and associated health effects.

Additionally, the Food and Agricultural Organisation, World Health Organisation, the European Food Safety Association, the United States Food and Drugs Authority and the United States Environment Protection Agency, among other national bodies, have played a pivotal role with regulating pesticides exposure in occupational settings as well as general population. However, little has been done in many African setting and specifically in Uganda. Yet, the use of pesticides for food production and disease control is increasing with the growing populations and urbanization. Therefore, the efforts of the regulatory agencies need to be amplified.

Quick suggestions could focus on the health benefit analysis of pesticide use in Agriculture and public health. How about the policy environment in which the pesticide trade is conducted? Later alone the political economy of pesticide use. Indeed, pesticide exposure is such a timely issue. It is not only my mother’s or community problem but a global challenge that global health debates should bring forth.