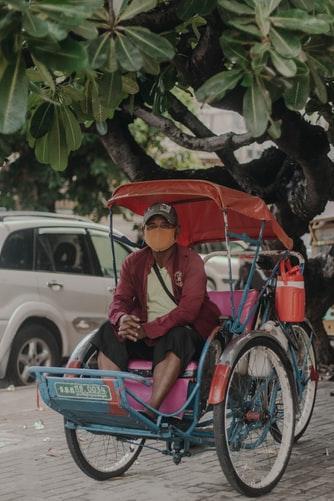 Men’s health: lessons from the pandemic

Over two million men have already died from COVID-19 worldwide. They account for around 60% of deaths and there is a higher ratio of male:female deaths in all but seven of 193 countries for which there is data. Women are much more affected by the secondary impacts of the pandemic, including employment and gender-based violence, but men have without doubt taken the biggest hit in terms of mortality.  Low-income and racial minority men have fared particularly badly.

The reasons for men’s vulnerability are not yet fully understood but are most likely linked to a mix of a weaker immune system, higher rates of a range of underlying conditions (including hypertension, diabetes and lung disease), and lower levels of preventive self-care (mask-wearing, handwashing and social distancing). Many men also have jobs, such as transportation, more likely to expose them to infection.

International Men’s Health Week (14-20 June) provides an opportunity, 18 months or so since the start of the pandemic, to reflect on whether it was inevitable that men’s health outcomes would be this bad and what lessons can be learned for the future so that the same disaster need never happen again.

Despite men’s dominance in global health leadership and clear evidence of men’s poor outcomes, including life expectancy and premature mortality, men’s health has not received systematic attention. An analysis of 35 national health policies in the WHO European Region’s member states found that the term ‘men’s health’ appeared just once. A review of national policies on health, HIV, sexual and reproductive health and mental health in 14 countries in eastern and southern Africa found that the health of men and boys was well addressed in the health policy of just one country, eSwatini.

Had comprehensive action to improve men’s health been taken before the pandemic struck, COVID-19’s impact on men would almost certainly have been far smaller. Fewer men would have had an underlying condition that put them at greater risk. Pandemic-response policies could have been informed from the outset by an understanding of sex and gender that recognized men’s specific needs. Health promotion campaigns could have drawn on past experience of targeting men successfully.

A new approach to gender and health is now needed for the benefit of everyone. For men, policymakers and service providers must take these five key steps:

Over the past decade, there has been a growing volume of men’s health scholarship complemented by the practical expertise of men’s health organisations around the world. We now know what works. There is no longer any excuse for failing to take action that would benefit men as well as their partners, families, communities and workplaces.