Subscribe
Home > Featured Articles > Life at the margins: Challenges to enhance healthcare use among ethnic minority, low-caste and indigenous women in rural Nepal 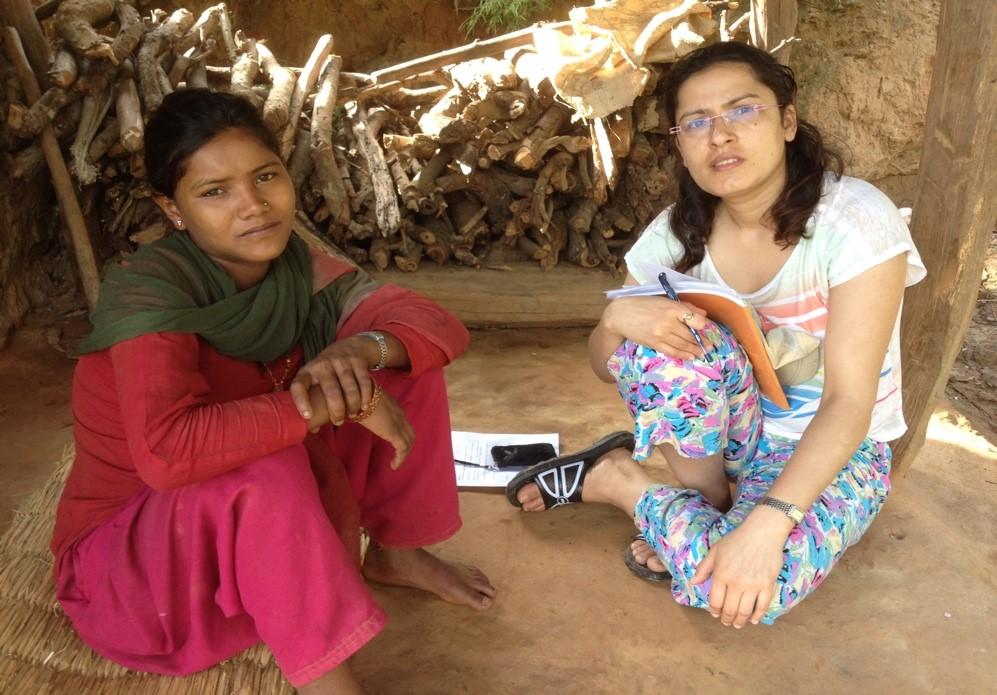 Life at the margins: Challenges to enhance healthcare use among ethnic minority, low-caste and indigenous women in rural Nepal

Ethnic minority groups tend to be marginalised across the globe, and the situation might be even worse in South Asia. Nepal, the country where I’m from, is a multi-ethnic (125 ethnic groups) and multilingual (92 spoken languages) country with still lingering caste-based hierarchies. In this hierarchical system, set up (formally) mid-19th century, Brahmin and Chhetri occupied the high caste groups while Dalit, (formerly) ‘untouchable groups’, occupied the bottom of the Hindu caste system. Although caste-based discrimination was officially abolished in 1963, Dalits are still widely discriminated against.  Similarly, indigenous groups such as Chepang and Tamang in the hill region, and ethnic/religious minorities such as Muslim and Madhesi, in the Terai (i.e. the lowland region of Nepal bordering India) tend to have a low social status till today. All these groups continue to underuse health care services even if they are locally available. In this editorial, I would like to highlight some of the key findings from my recent (2019) publication in Plos One, which focused on barriers to use healthcare for ethnic minority, low-caste and indigenous women in Nepal. The article is based on my PhD study conducted at the University of Sheffield (2012-2016).

My PhD study zoomed in on the role of community health workers in healthcare provision in two parts of Nepal. Study sites were villages of Dhading (a hill district) and Sarlahi (a Terai district) with a mix of Brahmin, Chhetri, Tamang and Dalit families. Dhading District also had indigenous populations such as Chepang, while Sarlahi District featured Newar, Magar, Madhesi and Muslim families. I studied the use of healthcare services by mothers and children from these communities and found that they often do not use healthcare even if it’s available through community health workers, known as Female Community Health Volunteers (FCHVs). For example, in the hill villages, 5 out of 10 Dalit and indigenous mothers interviewed delivered at home without assistance from health professionals, and this despite the option of referral to the health centre by volunteers.  This is in line with earlier findings where only half of Dalit/ indigenous women (approx. 26%) delivered at health facilities compared to women from high-caste groups (Brahmin and Chhetri) (48%).

In the Plos One article, I discussed the following five challenges that prevent these women from using healthcare services (PS: my study focused on the continuum of stakeholders from paid health care workers, volunteer health care providers to women service users):

First, there is a lack of knowledge about the importance of modern healthcare among ethnic minority, low-caste & indigenous women. Most of these women are illiterate and many local women volunteers tend to be illiterate too. Illiteracy made it difficult for volunteers to communicate health messages effectively across the groups. By way of example, I found an indigenous mother who had never vaccinated her kid and was reluctant to use contraception even after having six children.

Second, a lack of trust in volunteers among service users led to the latter not using volunteers’ services. For example, volunteers from the upper caste often did not visit the houses of Dalit women, as doing so would have prevented them from entering into the houses of “upper caste” people. While such discrimination against Dalit women obviously reduced Dalits’ trust in volunteers, I did not find a Dalit volunteer in the study villages (which might have been an alternative). Still, volunteers from ethnic minority groups & indigenous people, such as Chepang, Tamang, and Madhesi also complained that service users from their own communities often did not follow their advice. This could be due to a lack of communication skills and/or low educational status of volunteers.

Third, in many cases, traditional beliefs and healthcare practices prevented women from seeking modern healthcare services. While indigenous groups such as Chepang and Tamang reported visiting faith healers first to treat their illnesses, some Dalit women reported that praying to God would heal their illnesses. Many Dalit families are evangelized and they often expressed their belief in the healing power of the Bible, as reported by this woman: “Some people told us that if we believe in the Bible, we don’t need to go to faith healers. What to do, I don’t know. They told us we need to have faith in the Bible, then our children won’t become ill. Or, even if they become ill, if we pray then they will heal.” I found a case, whereby a mother sadly lost her newborn baby, as the family members kept praying for the life of the ill baby instead of taking him to a hospital: “The baby’s body became blue. We kept praying, and then he rolled his eyes upwards. Then they (relatives) said that it was not necessary to take him to a hospital. He died in my brother-in-law’s house.” While the mother regretted that she had not taken her baby to a hospital, she appeared nevertheless to have accepted the untimely death of her son as his “fate”: “His time had arrived. He might not have lived even if we had taken him to a hospital. However, it was a mistake to not to take him to a hospital.”

The fourth challenge that prevented women from using healthcare services was their low decision-making power within their families. Often husbands, mothers-in-law or other relatives perceived healthcare services as irrelevant or unnecessary to them and their families. People with rather traditional views might have found it difficult to accept modern healthcare services, as their availability is a relatively recent phenomenon. Moreover, in many remote communities in the hills, there’s still a lack of (immediate) access to healthcare services which presents an additional obstacle preventing women from accessing services. Women in these communities are busy with their household chores and farm work, and their (more powerful) relatives might thus consider it unnecessary (or burdensome for the family) for them to go to health care facilities elsewhere, perhaps days away.

Finally, perceived indignities experienced when using health centres, especially by Dalit women discouraged them from revisiting the health centres. Both volunteers and service users reported discriminatory practices towards pregnant women and mothers at local health centres. To ensure that women were at a low risk of being treated badly, volunteers sometimes accompanied mothers to health centres: “I go with pregnant women to the hospital; while the staff scold the women I close their (women’s) mouths. Then I say to the health workers, ‘why do you scold them, these are poor women, they cannot go anywhere.” A mother of two children echoed this sentiment: “I did not take those iron tablets. I didn’t like the taste. I had a stomach-ache, so I didn’t use them. I was worried that the health worker would scold me, so I told them that I had taken them. But, I threw them away.”

In short, tackling all of the above challenges is necessary to ensure easy and equitable access to healthcare services for ethnic minorities, Dalit and indigenous groups, who are often more vulnerable to health risks in the first place. These women along with their family members (husbands, mothers-in-law or household heads), traditional health practitioners and local health workers should be the target of community health programmes designed to serve them. And most importantly, local health workers, including volunteers should be trained to deliver respectful care irrespective of women and children’s caste and ethnicity.

Does Swedish legislation and health policy sufficiently address the problem of access to pornography for kids and adolescents?Attracting and retaining health workers in the Monga Rural Health District (DRC): what could work?A synopsis of current global support for Africa’s vaccine manufacturing roadmapCall for IHP correspondents (2022)The Francophone Africa & Fragility Network (AFRAFRA) takes off
add a comment
Cancel reply
1 comments

Thank you for sharing your work