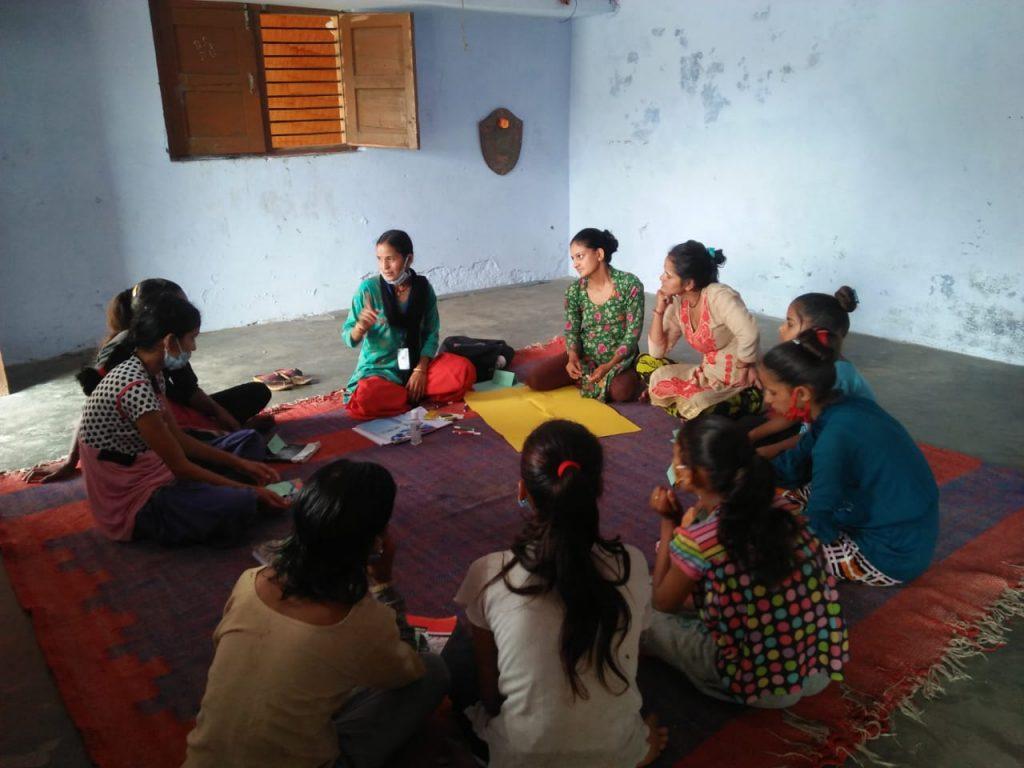 On August 12 we celebrated International youth day and this year the United Nations theme is youth engagement for global action. The last 12 months have seen a whirlwind of youth participating as leaders for a better world, as change makers and as an added bonus, the group most resilient to COVID-19 infection.

Young people are leading all of us to climate action. In September 2019, millions of young people in Berlin, Manila, Kampala, New York, Melbourne and many other cities, got out on the streets to protest government inaction on the climate crisis on the Eve of the UN Climate summit. In Mumbai, young people marched in the rain with signs saying “This planet is getting hotter than my imaginary boyfriend.” Youth leaders from Japan, Sweden and Thailand and South Africa organised, spoke at rallies and with media and inspired.

Young people are showing resilience and creativity when dealing with COVID-19. In our community mental health project Burans, in Dehradun, young people  have been central to our response to the pandemic. Rajni, a 19-year old Hindu woman who lives in a house with a plastic tarpaulin for a roof in Brahmanwala, Dehradun, got together with Azma and Pinky, young Muslim community health promoters. At the start of India’s harsh lockdown, they started knocking on doors in the local neighbourhood. In three days they set up a daily system of collecting donations of onions, rice and pulses from neighbours. Together they cooked food for 80 people daily for over a week along with others from the local Gurudwara (Sikh temple) until emergency Government relief measures were in place. Rajni, Azma and Pinky saw and responded to a need without waiting for others more qualified. During a global pandemic branded by social distancing, in an era with growing violence and exclusion, these young Hindu, Muslim and Sikh people gave us great hope. Young people, relatively less likely perhaps to experience bad health impacts from COVID-19, but nevertheless, showing us the way forward.

In recent years, young people are more and more using social media platforms to assert their voices and opinions. Applications like Twitter, TikTok, Whatsapp, Facebook and Instagram are being used ever more to bring issues to the forefront, raise awareness and engage globally. Last month young farmers and others in Seoni district of Madhya Pradesh launched an online campaign called ‘Kisan Satyagraha’, demanding that products be bought above the minimum support price (MSP) and seeking to educate the urban population about agriculture. They got widespread support and urban supporters shared their videos and photographs while holding placards on Facebook and Twitter.

Young people are claiming decision-making spaces even when they are not shared. Last month, July 2020, the Indian Department of Disability Affairs, in order to unclog the usually overwhelmed judicial machinery, proposed an amendment to the Rights to Persons with Disability Act, 2016 (RPWD) which would decriminalize marginal offence against Persons with Disabilities (PWDs). The amendment would have undone years of work by disability activists to ensure a life of dignity for PWDs.  The response was massive outrage on social media staged by organisations such as the National Platform for the Rights of the Disabled and in particular, young people with disabilities, and they won!  Preeti Singh, a 27-year-old with disability, used platforms like Twitter and Instagram to sensitize people about the possible impacts of this amendment for PWDs. In conversation, Singh told us how thousands of people showed their dissent to the amendments by writing emails to the Department of Social Justice. In a historic win for the PWD community, the culmination of all these efforts peaked within one week of campaigning, when bowing to popular pressure, the Department decided to roll back the amendments.

International Youth day celebrates the thousands of inspiring examples of young people who push hard on closed doors, and who shout loud to make their voices heard. A bigger question, though, is, how do we build structures and spaces to increase youth participation in decision-making and democracy? There are two key workstreams that promote youth participation in governance: empowerment (supporting youth to build skills for civic engagement) and creating enabling environments. Actions to support empowerment and participation include building youth skills in economic, political and community life (such as Ngā Pōti ā-Taiohi, a Youth Voting initiative run by local government in New Zealand that is aimed at 11-15 year old students to experience the election process first hand. Young people discuss key issues, vote for candidates on real issues, and compare their results against the official election results). Other empowerment actions could include increasing literacy or training youth to participate in media and to exercise active citizenship. The Danish government describes ways to create an enabling environment to ensure young people are engaged as equal and valued participants at decision making forums. They suggest development of policies at local, regional and national levels that make youth participation accessible and appealing. For example, requiring youth quotas in representation, supporting active youth citizenship financially and ensuring youth rights are protected when they engage in civic actions.

Young people are leading global thinking in climate change, using new technologies, creatively responding to new crises, overturning unjust legislation and showing they have the energy and skills to make decisions. International Youth day reminds us all to move from a metaphorical ‘pat on the head’ to actively ensuring there are large spaces accessible to youth to make decisions in the serious business of running the world. While governance is dominated by (able-bodied, straight, pale) people in their 50’s and 60’s we are betraying young people everywhere, and all our future.

Atulya Pathak is a Masters student of Development Studies at Azim Premji University, Bangalore. Currently, she is interning with Burans, a community mental health initiative of the Emmanuel Hospital Association based in Uttarakhand. She is interested in Mental Health, Advocacy for disadvantaged communities and the intersection between the two.

Romi Ahuja is pursuing her Masters in Development at Azim Premji University, Bangalore. She is interested in working in the Public Health Sector and is currently interning with Emmanuel Hospital Association, at Burans on a community mental health project in Uttarakhand.

Kaaren Mathias is a public health doctor/ activist and researcher based at the University of Canterbury, New Zealand, and also Advisor to Burans (www.burans.org), a community mental health initiative in Uttarakhand North India. She works in and around participation, gender, mental health, equity and health systems in communities.

Wow, a great thought! Good work, keep it up ria. ❤