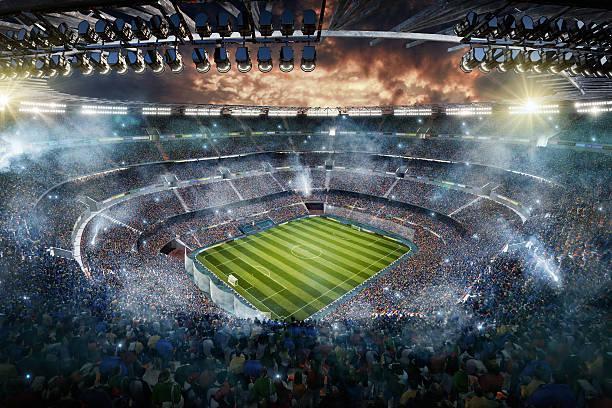 On Saturday May 29th the UEFA Champions League final match between Manchester City and Chelsea concluded a football season across Europe that threw up some unexpected first-time winners across the different league and cup competitions. Villareal, for example, won its first (European) trophy ever against European powerhouse Manchester United. Leicester defeated English powerhouse Chelsea to win its first FA Cup in history. And in France, Lille pipped PSG (with Neymar ànd Mbappé!), winning a first domestic title in many years. Such fairy-tale endings are the stuff that powers the game and the element of surprise that keeps the “beautiful game” from becoming boring. These surprises also justified the broad condemnation of the botched European Super League (ESL) format which intended to rival the current structure of European football competitions. It is safe to say that many of the first-time champions and cup winners would not have emerged in a Super League world. I think the ESL concept was a bad idea, both in terms of vision and timing. Still, I did not expect it to trigger the magnitude of outrage from fans, supporters, personalities, and the like – a rage which could have been better directed to the more urgent and insidious danger of COVID-19 vaccine inequity, I felt. But as I continued to ponder the rage misdirection, I could somehow understand why so many people felt so angry, and see some similarities with the current global vaccine inequity.

The ESL was designed to be a closed system of twelve to fifteen founding clubs. They were to be permanently immune from the current performance-based league reward system but promised nevertheless higher financial “winner takes all” rewards. The ESL vision and following backlash strongly parallels the present global COVID-19 vaccine rollout. A quick look at the worldwide vaccine league table shows that  a Vaccine Super League is already in place with one significant difference. With the ESL, there was no way to mask the fact that it was a closed system, but for COVID vaccines, COVAX is being used to give a semblance of an open system, giving a sense of equity in vaccine access in name only without addressing the underlying problems driving vaccine inequity. While you were either in or out for the ESL, COVAX delivers occasionally a few million doses to a low/middle-income country while the same big countries – who have bought one billion more doses than their citizens need – see rapidly increasing vaccination coverage. Seen from this angle, COVAX –  at least till it really starts to deliver big time to LMICs – is blunting the necessary outrage against vaccine injustices by masking and blinding countries to vaccine inequality.  Great PR in other words. Let’s hope that changes in the months ahead.

Advocates of the Super League also claimed that the current European domestic and continental format allows smaller clubs to take more revenues than they bring to the table. This has interesting parallels with vaccine nationalism in how wealthy countries prioritise domestic markets for COVID-19 vaccines. So far, this argument has taken a back seat to the arguments for solidarity and inclusiveness between clubs. Perhaps there is sound logic to the ESL outrage as equity in the football world is more likely achievable through inclusiveness and solidarity, which could be a valuable lesson too for the current vaccine scale-up. Apart from being a “catastrophic moral failure”, the slow pace of vaccinations in emerging and developing countries is a cause for concern among those waiting for a global tipping point to protect against the virus. Left unchecked, the virus could also mutate into strains that existing vaccines do not protect against. If there’s any lesson that the pandemic has offered, everyone is chained by the pandemic. It will not be over until it’s over everywhere.

In condemning the ESL, the UEFA statement read, “The principles of solidarity, promotion, relegation and open leagues are non-negotiable. It is what makes European football work and the Champions League the best sports competition in the world”.

Global health would do well to heed these words, as the football world has done. Time to open up the global Vaccine League and go for real solidarity (instead of vaccine nationalism, geopolitical “vaccine diplomacy” and ‘trickle down’ solidarity).

PS: That doesn’t mean the football world is without flaws, it still remains very crooked and money-hungry too. But hey, we live in an imperfect world 😊.

Okikiolu Badejo is a PhD Student at the University of Antwerp and ITM Antwerp; and an Emerging Voice 2018 Fellow