Subscribe
Home > Featured Articles > If you think you know about violence against women in the Middle East, think again! 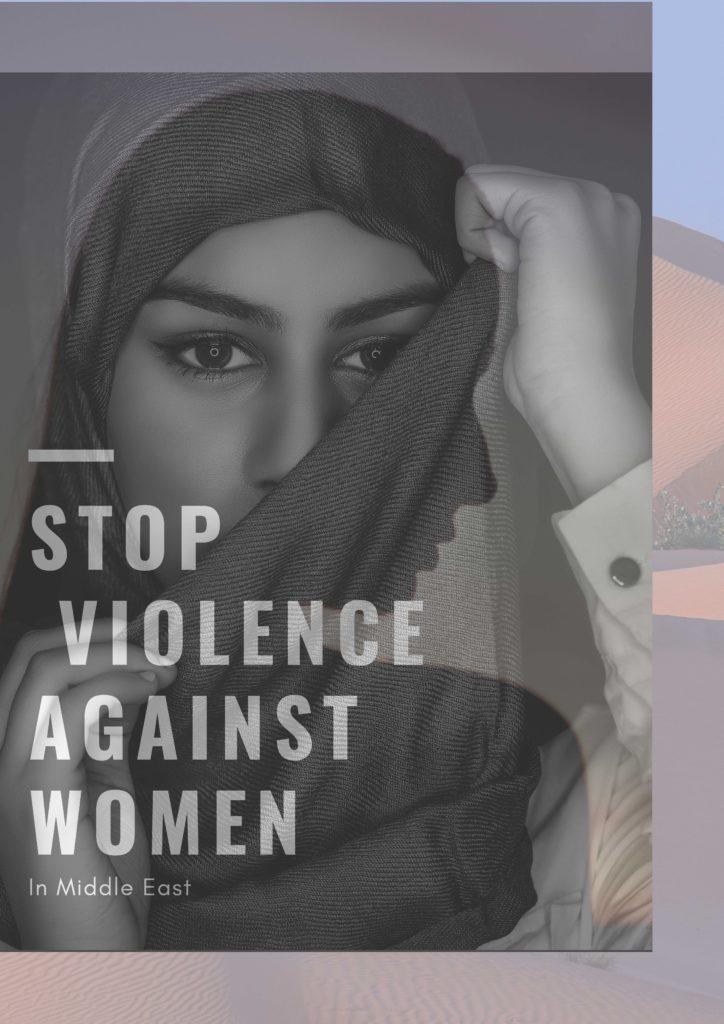 If you think you know about violence against women in the Middle East, think again!

It was a day of sunny skies, hot coffee, and silence. However, my mind could not remain silent while reading A Story of “Amal” (Hope).    In the article (2013), Amal is a woman from Lebanon abused by her husband.  Her story left me wondering how many “Amals” we have among us…

Suddenly the silence was broken. My office was crossed by a young woman asking about her daughter’s medication. At the time, I was working at a hospital pharmacy in one of Egypt’s rural areas. I quickly returned to my readings after helping her, then I surfed the internet to find out more about violence against women in the Middle East and North Africa ( MENA). I got anxious about what I found! Among others, a third of Lebanese women have experienced physical or psychological violence during their lifetime (Ghanim, D. 2012).  (In 2014, Lebanon passed its first domestic violence against women law, but critics state that the legislation did not go far enough to protect victims. I wonder what the current situation is, given the dire economic and political situation in Lebanon now.)

The young woman interrupted my reading (and surfing) again, but this time, she was talking to me about female gentile mutilation (FGM) for her daughter since she had gone through it and didn’t want her daughter to suffer that fate. I was shocked and explained what it was all about to her. I went on to explain to her that FGM was a cultural practice that could cause physical and mental harm for her daughter. The little girl looked scared as she stood beside her mother, while we were talking. I tried to soothe her and make her feel safe. I asked her name and she replied “Malak”. In Arabic, that means “angel”. Since that day I have decided to write about violence against women in the MENA region.

So, if you think that you know about violence against women in the MENA region, think again and let me tell you some facts!

Violence against women is defined by the United Nations as “any act of gender-based violence which results in physical, sexual, or mental harm or suffering to women, whether occurring in public or in private life.” In the MENA region, women face many forms of gender-based violence, including domestic violence, sexual violence, female genital mutilation, and honor killings. For example, in Egypt, where I come from,  92% of women and girls between 15 and 49 have experienced Female Genital Mutilation. Recent data shows some progress with FGM reaching 61% in girls between 15 and 17 years of age (down from 74% in 2008). But 61% is still a huge number!

You may be wondering now just like me: why have all these facts and cases for so long been ignored by governments and politicians?  What are the reasons behind the absence of deterrent penalties in the MENA region against women’s violations? True,  some countries   passed laws to eliminate violence against women, such as Jordan, Bahrain, Lebanon, Tunisia and others in the region are working on passing similar laws. Many also have national strategies for eliminating violence against women.  Yet, although some countries have laws or policy plans, they haven’t been implemented in a way that made sense, including in many local communities! Today, women’s rights in the MENA region continue to be influenced by cultural, religious, and political influences. Formulating and implementing such policies could be difficult without the support of political and religious leaders, for example.

The MENA region in global perspective

This is not just a MENA challenge, though. Also globally, violence against women is, unfortunately, still prevalent.  In February 2022, The Lancet published a study conducted by the WHO in 2018. The study specifically discussed global, regional, and national estimates of the prevalence and health consequences of violence against women, whether committed by intimate partners or not.

The study aimed to provide global, regional, and country baseline estimates of physical or sexual violence against women (or both). Two million women were surveyed in a total of 161 countries and areas, covering 90% of the global population of women and girls (15 years and older). Among the findings: globally, 27% of ever-partnered women of 15–49 were estimated to have experienced physical or sexual abuse.  There were regional variations, with low-income countries reporting higher lifetime and, even more pronouncedly, higher past year prevalence compared with high-income countries. According to the study, the regions most affected were Oceania (49 %) and central sub-Saharan Africa (44 %), as well as Andean Latin America and eastern sub-Saharan Africa (both 38 %). But also, South Asia (35 %) and the MENA region (31 %) performed worse than the global average.

A 2018 World Bank study pointed out that more than one billion women lack legal protection against domestic sexual violence. Gaps in legislation are most frequent in the Middle East and North Africa and in sub-Saharan Africa.

The WHO and UN have developed a series of policies aimed at ending women’s abuse over the years. However, the MENA region still has a long way to go in this respect. There are not enough laws to protect women from violence, and if laws are in place, more often than not, they are not enforced sufficiently.

There are numerous connections between ending violence against women and maintaining healthy societies. Victims of domestic violence, for example, often have trouble to become productive members of society according to WHO and UN WOMEN reports. The women and their families are also physically and psychologically affected by domestic violence. The promotion of gender equality is a crucial part of violence prevention,  and so are school initiatives, community interventions, and programs to empower women, as well as media campaigns and public awareness.

If you believe in healthier societies, countries, and a healthier world, you should consider ending violence against women and push policies to protect their health, humanity, and lives. This blog is just a voice that could be heard one day! A voice for every woman, who could be a victim one day. It’s the voice of Malak and Amal.

The need for integration of value-based health and social care, and social innovation in health to address health disparities in Latin America and the CaribbeanDecolonization, LGBTQI+ and shifting the power – but it is getting hot.Opportunities for Sickle Cell Advocacy in the recently launched Global NCD Compact 2020-2030CHWs want lasting social contracts, not endless recognition‘Next time be prepared to replace your pill with herbal tea! ’ - The WHO Global Centre for Traditional Medicine and what it might hold for global health & the (new) world order
add a comment
Cancel reply
2 comments

Well articulated article, thanks for sharing. Indeed socio-economic deterioration further compounds negative societal cultural practices such as oppressive, inhumane & condescending treatment towards women. Many thanks for sharing the article.

Very good article that touch many women in our area and the worked too , education is very important to enhance equality , forgiveness and equal chance to every one to choose .