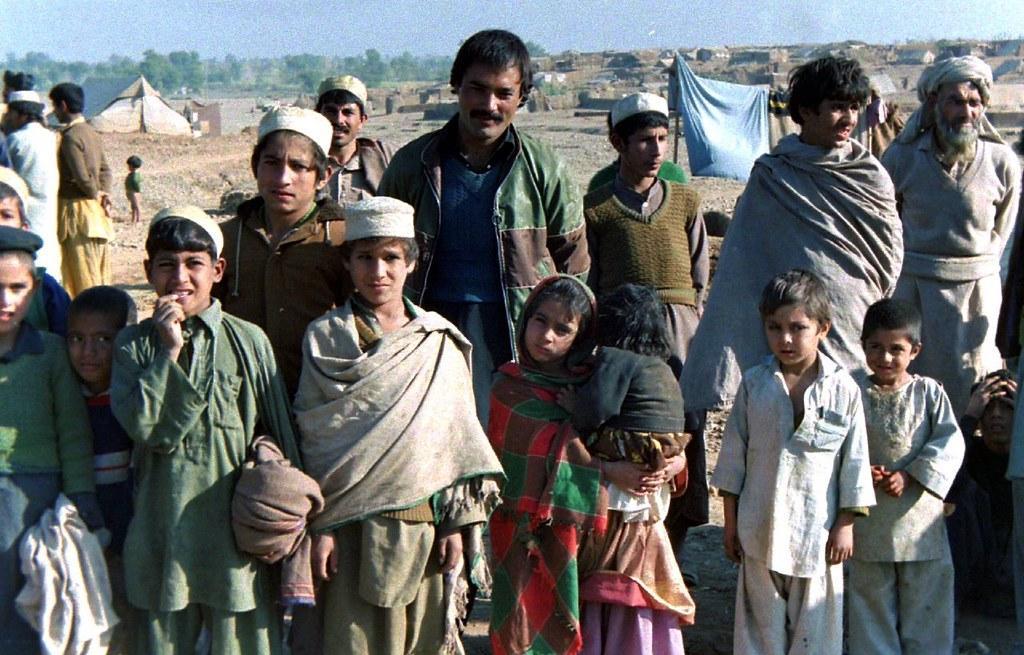 How the Afghan crisis could impact Pakistan

As U.S. and other NATO troops are leaving Afghanistan, and the macro-economic situation deteriorating rapidly,  the country finds itself once again on the brink of collapse. Echoes of desperation, fear, helplessness, and chaos fill the air as the Taliban take back control and are cracking down on individuals they believe to have helped or worked with the Americans, threatening to kill them. Even some of those who surrender are being executed. Many Afghanis see no hope under the Taliban, in spite of some of their more reassuring official messages, and want to flee the country. Although it’s far from clear which (political) scenario will prevail in the coming months and years, sustained Afghan instability forms a threat to the entire region for a number of reasons. In this article we will focus on the potential impact on Pakistan, one of the key players in the region.

Indeed, while most of the efforts to end the war in Afghanistan have focused on the Afghan government, the Taliban, and the United States, Pakistan’s (potential) role in facilitating meetings with the Taliban to negotiate a more inclusive government has largely been ignored by the U.S., mainly due to mistrust. Pakistan has previously been accused of its dual policy, of both aiding the Taliban behind the scenes, while also working with the United States in combating terrorism. Those who believe Pakistan gains from the current crisis, argue that the Taliban victory removes the threat of Afghan alignment with India, which was previously a concern for the Pakistani government. India on the other hand strongly opposes the role of the Taliban in Kashmir, thus limiting any possibility of an alliance with the Taliban. This view (of Pakistan being one of the geopolitical ‘winners’ in the current crisis) however largely ignores that Pakistan has been a victim of civil unrest in Afghanistan since the 1980s and continues to face the major brunt of the consequences.  Including now.

Major threats facing Pakistan in the aftermath of a Taliban victory include border insecurity, the growing threat of terrorism especially from “Taliban elements” within Pakistan that have been responsible for killing thousands of civilians and attacking the military, a potential huge new influx of refugees (which it can’t afford to take in anymore, considering that the country  already hosted millions of Afghan refugees in the past 3 decades), and a threat to women rights. Below I cover all four of them.

Pakistan has had a long history of tense relations with Afghanistan, with whom it shares its western border, resulting in poor bilateral relations marked by lack of trust and anti-neighbour sentiments on both sides. Upon the creation of Pakistan, as a sovereign state in 1947, Afghanistan was the only country who did not recognize the country and voted against its inclusion in the United Nations. Till now Afghanis don’t recognize the colonial-era Durand Line as an international border. Both countries blame each other for harboring terrorist elements that launch terrorist attacks on innocent civilians on both sides of the border, a porous border facilitating such threats. Recently, Pakistan has tightened its border security to reduce the frequency of such attacks.  Afghanis also blame Pakistan of having friendly ties with the Taliban and question why Pakistan has not leveraged these ties to pressurize Taliban to reduce violence. Pakistan denies such leverage.

Moreover, in relation to its neighbours, Pakistan feels a bit “sandwiched” with India sharing its eastern border, China and Russia in the north, and Afghanistan and Iran on the west. The growing involvement of China, Russia, Iran (and to a lesser extent India) in Afghanistan means more competition for Pakistan to maintain its strategic position (even if relations with China aren’t bad given the Belt and Road connection). There is also the constant threat of border insecurity and militant attacks from all corners, which has resulted in a major portion of Pakistan’s annual budget being allocated for strengthening its military capability and tightening its border security rather than spending on education and health.

It’s a complex picture, though. As the Taliban seize control of Kabul, Pakistan’s political stance on the Taliban will at least partly be “inspired” by its fear of India. Indeed, Pakistan is believed to seek support of the Taliban in combating Indian militant attacks. Also, as is well known, several factions of its army (and intelligence community)  admire the Taliban. Nevertheless, all in all, the security risks for Pakistan in the wake of Taliban’s victory remain a real threat for its own stability. Which brings me to the next point.

Recently, Pakistan army’s top command declared the Afghan Taliban and their counterparts, the Tehrik-e-Taliban Pakistan (TTP) group, “two faces of the same coin”. TTP has been responsible for launching several violent attacks in Pakistan, killing thousands of civilians (among others, in an attack on a school in Peshawar in 2014 that killed 150 people, mostly children). They have also repeatedly attacked the army. While many Pakistanis condemn TTP, it is widely believed that they have a soft(er) spot for the Afghan Taliban. There are various reasons for this. Many Pakistanis have mixed feelings about the role the U.S. played in the region and its fight against Islamic extremism in recent decades; the former Afghan government led by Ashraf Ghani (who fled the country as the Taliban entered Kabul), backed by the US, was perceived as weak and corrupt; and last but not least, India has been showing growing interest in Afghanistan, threatening among others Pakistan’s border security. All of these mitigated Pakistani sentiments on the rise of the Taliban, even if the latter comes with its own risks. Indeed, the rise of the Taliban poses a serious security threat to Pakistan in terms of spillover and terrorist groups like TTP becoming more active again. Furthermore, Pakistan doesn’t want a Taliban-type government in power over its own people.

On a side note: the #SanctionPakistan campaign went viral as the Taliban seized control of Afghanistan. It was tweeted around 73,000 times with 37% of the tweets emerging out of Afghanistan. The campaign represents anti-Pakistan sentiment among Afghanis who believe Pakistan to be supportive of the Taliban. Pakistan on the other hand blames the weak and corrupt (now former) Afghan government and its lack of military capability in controlling the Taliban from taking over. Afghanistan, after all, received $ 2trillion dollars over the last two decades to build and strengthen its own national army. Where was all that money spent?

Pakistan is the 5th most populous country in the world, with a population of over 208 million people. The current population growth rate of 2.4% is twice the average rate for South Asian countries (1.2%). At this rate, Pakistan’s population will double in 29 years. The province of Punjab remains the most populated province, among others due to inter-provincial and rural-urban migration taking place between Punjab and Sindh.  Pakistan has already expressed concerns on its ability to absorb more refugees: the country has hosted millions of refugees  from Afghanistan since the 1980s, and currently, at least a few million refugees are still living in the country (both registered and unregistered ones).  It’s the third largest refugee-hosting country in the world for the moment.   The near constant influx of refugees has posed a threat to the economic and health care system of the country as refugees face financial hardship and emotional trauma. The inflow of refugees has also been linked to over-exploitation of natural resources leading to deforestation, soil erosion, and depletion and pollution of water resources as people need to rely on water, food, shelter, and medicine for survival. A new Afghan refugee crisis and influx might further worsen the already difficult situation due to a deteriorating security situation, violence, drought, and threat of COVID-19. With international aid, as always, as a big ‘question mark’…

Women face an uncertain future under the Taliban regime (understatement). When the U.S. first invaded Afghanistan in 2001, they used women rights to help justify their action. While some progress towards gender equality and women’s empowerment was achieved with women entering political, economic, and legal spheres in the aftermath of the U.S. invasion in Afghanistan, it all seems to be under threat now under the new Taliban rule. Women in positions of power and authority, as well as female activists, also face the threat of kidnapping and violence. Taliban are already reported to have sent females home from schools and their workplaces.

Compared to their Afghan sisters, many Pakistani women have been enjoying greater freedom and rights, certainly when comparing with the Taliban rule in the 90s. While there are elements within Pakistan that (want to) limit women’s rights, the state is generally supportive of women’s education, their rights to own property, and work. As women face again a greater threat under the Taliban in Afghanistan, there is major fear of these conservative “elements” trickling into the fabric of Pakistan’s society as well.

Mehr Manzoor is a Fulbright scholar from Pakistan and a Ph.D. candidate at Tulane University. She is a member of the Global Health Workforce Network’s Gender Equity Hub co-chaired by WGH and WHO and previously worked with WGH (Women in Global Health) as a research director. Mehr’s research focuses on gender equality and women’s leadership in global health. She is also an IHP correspondent 2021.