Subscribe
Home > Featured Articles > Healthcare – the true test of a democracy: What’s the impact of CAA and NRC on Primary Healthcare in India ? 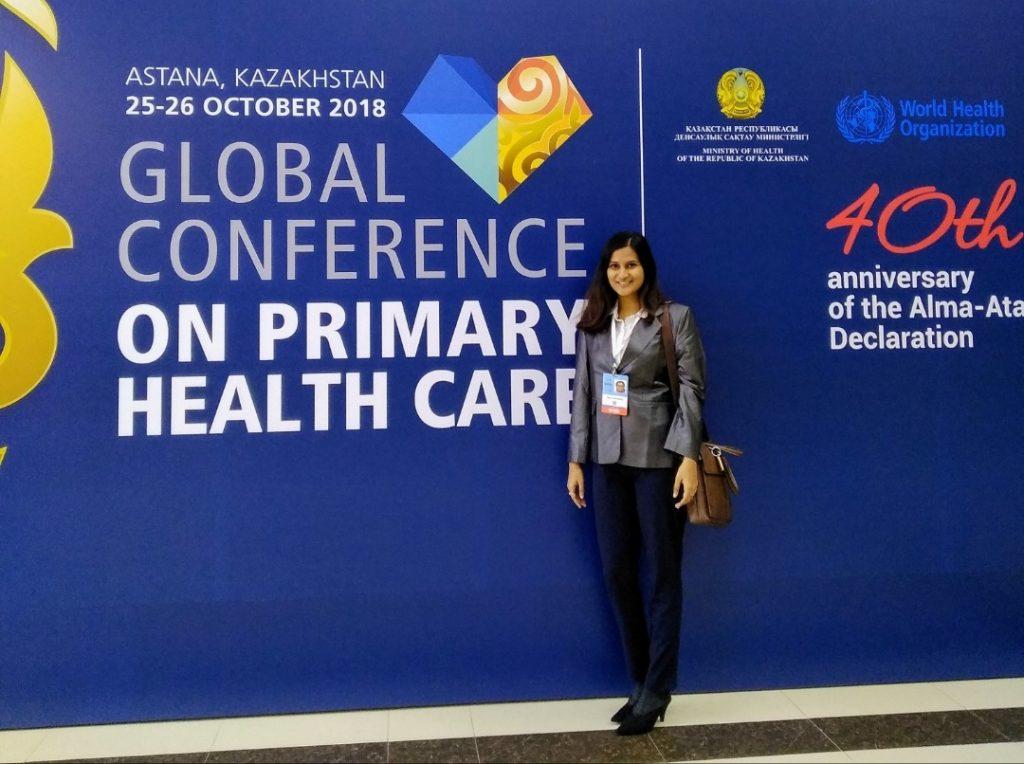 Healthcare – the true test of a democracy: What’s the impact of CAA and NRC on Primary Healthcare in India ?

Healthcare is the fundamental right of every individual. However, accessibility to quality, affordable and adequate healthcare facilities still remains a major challenge for most lower-middle income countries. Perhaps this is even more true for my country, India. As most of you will know, the World Health Organization (WHO) comprehensively defines primary healthcare, distinguishing three main components. And as last year’s conference in Astana reiterated, Primary Health Care (PHC) is the most efficient and cost effective way to achieve universal health coverage (UHC) around the world.

India’s primary healthcare services have been making some progress, lately, under one of the pillars of “Modicare”.  Under the first component of Ayushman Bharat, 150,000 Health & Wellness Centres (HWCs) are “to be created to deliver Comprehensive Primary Health Care, that is universal and free to users, with a focus on wellness and the delivery of an expanded range of services closer to the community”.  “It’s an attempt to move from a selective approach to health care to deliver comprehensive range of services spanning preventive, promotive, curative, rehabilitative and palliative care. “

So that all sounds great, but it’s hard to assess how the roll-out of this pillar of the plan is going (and whether it’s sufficiently resourced – there are some doubts, to say the least). In any case, so far, roll-out seems to go more or less according to plan, and should be finished by December 2022.  Still, it’s safe to say that, even if all were go according to plan (and that very much includes sufficient resources for these HWCs), there is a long way to go before primary healthcare in India reaches stellar standards. Mind you, it’s not just about resources, it’s also about governance. There still remains a disparity in terms of (health) governance across various states – some states are way ahead of others. Southern Indian states such as Kerala and Tamil Nadu are far ahead when it comes to ensuring healthcare accessibility of good quality.

“Politics” at work – CAA and NPR

As is the case around the world, healthcare is inevitably also influenced by politics. In my opinion, an efficient healthcare system is one of the major markers of a successful and well-functioning democracy. Lately, however, India’s image of being a vast sub-continent home to a plethora of diversity, known for its secularity and also for being “the largest democracy in the world”, has been under pressure.  One of the main reasons: a new act brought into force by the current Government of India, now led by the BJP (Bharatiya Janta Party). The act has already altered the face of Indian politics, even it perhaps fits into a broader (worrying) trend since the last elections.

The Citizenship Amendment Act 2019 ( CAA ) was  brought into force  on 10th January, 2020 – it’s  an amendment to the Citizenship Act of 1955. Through this act, the Government of India (as mentioned, now under BJP leadership) attempts to implement an exhaustive system demanding proof of citizenship in three phases. The amendment seeks to foster the route to citizenship for migrants belonging to six groups of religious minorities namely Sikhs, Hindus, Buddhists, Jain, Parsis and Christians from Afghanistan, Bangladesh and Pakistan who entered India on or before 31 December 2014. The bill does not mention Muslims and thus goes against  the secular nature of the Indian Constitution.

While the unsecular and idiosyncratic nature of the CAA has subjected it to widespread speculation (and commotion) from the common public, academia, political figures, influencers and leaders across sectors, there are two additional aspects to the CAA which the government has sought to introduce. These include (1) the proposed setting up of a National Population Register (NPR) which will enlist all the people living in the country, irrespective of their citizenship and (2) the execution of the National Register of Citizens (NRC), under which all Indian citizens must prove their citizenship by producing documented evidence. The CAA, NRC and NPR have been accused of being blatantly discriminatory against a particular religious group, namely Muslims, and also inconsiderate of various other sub-groups of religious minorities residing within India. Nevertheless, they have been defended constantly by PM Modi and Home Minister Amit Shah, as having been set up “to root out illegal immigrants”.

However, many citizens strongly believe that these proposals are a calculated move to subjugate Muslim citizens. The National Register of Citizens has already been swung into action in the North Eastern Indian state of Assam which has taken a severe toll on citizens’ fundamental rights there, whilst being treated as intruders in their own country. Various citizens have been denied citizenship due to their inability to produce age-old displaced documents. Lately, massive public outrage, protests and retaliation have taken place across the country (with the recent pogroms in Delhi as a sad ‘milestone’). There have been numerous reported casualties as well as incidents of physical harm caused to women, young students and even children.

Such events have left a dark cloud of despair lurking over the future of primary healthcare in India. Sadly, primary healthcare, whilst being the first and only line of access for a majority of the poor population of the country, might falter further due to the following foreseeable reasons:

First, as a result of the displacement of millions of poor and helpless citizens that might be left out of PHC once the NRC is implemented across all states.

Second, India currently already faces a significant shortage of healthcare professionals. Communal riots, protests and uproar being triggered in the national capital have caused innumerable casualties, in turn leading to an additional burden for healthcare providers who are already overburdened with trying to provide quality care to those with other ailments.  If the communal riots really go nation-wide, PHC providers will be under even more pressure than they already are.

Third, the Government of India has recently pushed for the utilisation of colossal funds from the budget for the implementation of the NRC – money that could be far better utilised for much more serious challenges burdening the nation such as healthcare, education and women’s’ safety.

Fourth, religion-targeted hatred has been planted into the minds of many common people by now. Healthcare practitioners are not immune to this; it is likely that the seeds of hatred have also been planted into many of their minds, which could possibly endanger the entire foundation of the health profession which is to be non-discriminatory on every ground, and might ultimately also affect India’s vision for attainment of UHC.

Last but not least: history has taught us time and again that divisive propaganda not only affects those being estranged but also, though perhaps not in the short term, those on the (ostensibly) favoured end. Thus, it might not be far-fetched to say that this entire ordeal has already disturbed the mental health of many citizens, living in fear, panic and anxiety of either being eliminated from the country or by simply belonging to a particular religion. Growing concerns among citizens regarding their mental health thus pose another potential threat to primary healthcare services which remain yet to cater to mental health issues across several states in India.

As healthcare professionals and even as general citizens, it is pivotal to not become perturbed by these trying times, but instead, to remain unified in correctly understanding the repercussions of the new act and staunchly stop the spread of hatred and misinterpreted information. The very roots of Indian values of brotherhood and the principles of healthcare professionals to serve selflessly, are intertwined and thus, must never be forgotten.

PS: Speaking of ‘trying times, now that Covid-19 starts to hit the country, we should keep these roots and principles even more in mind.

Currently an intern at Christian Medical College, Vellore. She is also a country representative for Healthcare Information for All; part of the SDG 3 (Good Health for All) working group for the United Nations Major Group for Children and Youth; a country correspondent for YourCommonwealth; a member of the Global Healthcare Workforce Network and part of Global Changemakers (GCM). In her work, she advocates for young people's health with special focus on the rights of people with disabilities. IHP Correspondent for India.