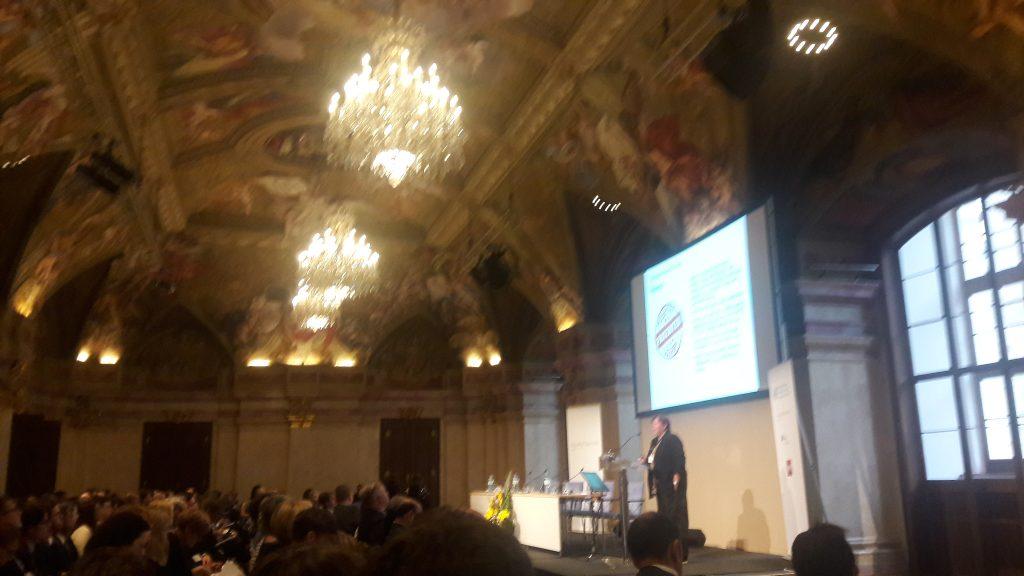 Attending the 4th Pharmaceutical Pricing and Reimbursement Information (PPRI) Conference in Vienna last month (23-24 October), allowed the first author of this blog to revisit issues surrounding the unequal access to medicines, from the perspective of a health economist. Further discussion with the second author, a pharmacist highly concerned by the lack of universal access to quality-assured medicines,  led us to reflect together about “medicines” as a powerful symbol of global inequalities in access to quality healthcare, and on the need of rethinking some economic (research) paradigms  for correcting such inequalities.

Some context first: global health spending estimates by the WHO  suggest that medicines and medical supplies represent 19% of total health spending at the global level but only account for 4% of what the public sector is spending on healthcare worldwide. (WHO, 2018) 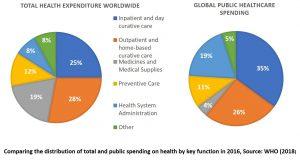 Variations in the price of medical products (to health systems, and/or to patients and households) are widely noted across countries and regions, in vertical programs versus primary health care, and in the public versus private sector. As a result, access to essential medicines and other medical products is still a major challenge for billions of people worldwide. When it comes to recent innovative medicines, in particular, problems are compounded by the lack of transparency on the actual R&D costs and on the price setting mechanisms.

In such a context, the recent conference in Vienna, organised by the WHO Collaborating Centre for Pharmaceutical Pricing and Reimbursement Policies and hosted by the Austrian National Public Health Institute, provided a welcome platform for government officials, the private sector, NGOs and academia to discuss access to medicines. Conference organisers provided countries from both the north and the south the opportunity to showcase and discuss initiatives to improve affordability and access to medicines. Introductory presentations and debates covered fundamental challenges and hard hitting truths across contexts which laid the foundation for the rest of the conference.

Ellen T’Hoen, lawyer and researcher at the University of Groningen, and a veteran of the “fight for access” (MSF Access Campaign, Patent Pool) explained how some European Intellectual Property Policies which date back more than 3 decades, prevent access to generic medicines for at least a decade after a patented drug has expired. “You do not get what you deserve, you get what you negotiate” was another key observation made during the “stakeholder debate: medicines access challenge – the value of pricing and reimbursement policies” when discussing the exorbitant prices of some newly developed medicines, the governance of price setting, and the challenges faced by those governments that try to engage in prices regulation.

More technical presentations by the University of Utrecht and the WHO pointed at significant variations in health technology assessment practices and pharmaceutical policies in high income countries. This led to exchanges on the limitations of cost effectiveness analysis in assessing the added value of new medicines. It was pointed out that this type of economic analysis does not always take into consideration the indirect costs of medicines from the supply chain to service delivery and beyond. Oncological care (including its effectiveness and the significant cost of new treatments) was one of the most recurring issues for health equity across all countries present.

Some specific new developments were also noted. Biosimilars represent an alternative to biological originator medicines, e.g. for cancer, neurodegeneration and auto-immune diseases, and they could provide opportunities to contain costs, once they are allowed to enter the market. It was mentioned that biosimilars are gaining in market share in countries such as Denmark. Innovative procurement partnerships between Denmark, Norway and Iceland to procure medicines at a cheaper price, so as to manage the escalating costs and to prevent shortages, were also shown to be successful. This initiative is reminiscent of the pioneering BeNeLuxa initiative  on multi-country price negotiation. Further discussions suggested that such practices can also be adopted by some middle-income countries with similar profiles and needs, in the European region. The implications of such practices for low and middle countries could be further investigated.

Other positive examples were discussed from countries from the global south, i.e. Sudan and South Africa, which are working towards providing maximum health coverage by means of adequate pharmaceutical policies. South Africa offers treatment free of charge to vulnerable groups such as children under five years old and pregnant women, and is in the process of reviewing its pharmacoeconomic assessment by using New Zealand, Australia and Canada as benchmarks. It was reported that Sudan is now able to cover 67% of its population and to reimburse 75% of costs incurred by households for an increasing number of treatments. Most essential medicines for emergency medicine, renal dialysis, and some essential medicines for transplantations and oncological care are now available.

As the conference progressed, it became clear that the perspective taken was limited to the health system with only occasional focus on patients and communities’ empowerment. The wider societal impacts of pricing policies and market regulations could not be discussed comprehensively. Nonetheless, catastrophic expenditures for households, of which medical products account for a significant portion, still persist across every contexts, even in the wealthiest countries in the world.

Poor affordability or availability for those in need, exerts pressure on supply chains, which may create (informal) market of substandard and falsified products. Unfortunately, their impact is often felt after it is too late, or never, in LMICs. But it is well known, for instance, that the use of poor-quality anti-malarials has significantly contributed to creating resistance to antimalarials and it is feared that poor-quality antibiotics are contributing to antimicrobial resistance.

The economic dimension of poor-quality medicines is not to be under-estimated, particularly  in populous countries with the highest prevalence and burden of diseases. For instance, it is estimated that poor-quality antimalarials were responsible for 12,300 deaths and $892 million ($890-$893 million) in costs annually in Nigeria. With a population of over 86 million people, the Democratic Republic of the Congo has one of the world’s largest malaria burdens with millions of cases and thousands of deaths in 2017. It was estimated that substandard and falsified antimalarials were responsible for $20.9 million in malaria (direct and indirect) costs in the Kinshasa province and for $130 million in the Katanga region annually.

It would be a mistake to think that poor-quality medicines are only having an adverse impact in the field of malaria. The reality is that while significant resources have been placed on  investigating pharmaceutical problems in the field of malaria, there is emerging evidence that it is a growing phenomenon in many other medical fields. For instance, a recent study on medicines used medicines for NCDs in Cambodia during 2011–2013, revealed that 23.4% of samples were non-compliant in one or more of the quality specifications. The resulting economic burden in that context is yet to be computed.

HICs are not spared by this problem, even if for different reasons and through different mechanisms. It is estimated that Europe loses €10.2 billion each year in sales, income tax, jobs and social security contributions because of falsified products procured mainly through online pharmacies.

A role for Health Economists

It is clear that health economists need to broaden the analytical perspective taken when evaluating the intended and unintended effects of medicines, medical devices and intervention through Health Technology Assessments, as well as assessing the impact of pharmaceutical policies. Rather than limiting the analysis to cost effectiveness within healthcare, direct and indirect returns in terms of human capital also need to be considered across contexts. Medicines and other medical products may be expensive, but the human and economic cost of not having access to adequate care, or of having access to medicines of unverified quality (thus, potentially ineffective or unsafe) is significantly higher. It can be argued accordingly that healthcare organisations which procure non-quality assured medicine following purely financial concerns completely misinterpret the real “value” of the medicine and increase the burden of care on society because of the failure of such products to cure.

This perceived loss, as well as the fact that the demand for essential medicines is not tapped into adequately, also explains why falsified and substandard medical products still find buyers at the individual and household level, and/or can infiltrate the legitimate supply channels. Investing in quality assurance and secured supply chains would yield a significant return on investment in terms of cost savings to the health system, productivity loss averted and consumption foregone, at the societal level.

However, this will only work if appropriate economic tools provide the evidence base for policies which ensure availability and affordability of such quality-assured products. The Lancet Commission  identified in 2017 five areas that are crucial to essential medicines policies: paying for a basket of essential medicines, making essential medicines affordable, assuring the quality and safety of medicines, promoting quality use of medicines, and developing missing essential medicines. A multidisciplinary approach, accompanied by better community and patient engagement and consultations, would help to clarify the apparent complexity of the decisions to be made in the years ahead. Health economists, in particular, should shift attention from an approach too often focused on cost effectiveness analyses, to a patient-centered approach that gives high consideration to the human and societal impacts of pricing policies, and to the human and economic cost of not having access to adequate care. Thus, let us hope that such issues will be tackled by health economists in the years ahead and comprehensively discussed at the next PPRI Conference set in 2023.

For more on the PPRI conference in Vienna, see   here.

And for an overview of the meeting abstracts, see: Abstracts from the 4th International PPRI Conference 2019: Medicines access challenge – The value of pricing and reimbursement policies (in Journal of Pharmaceutical Policy and Practice)