Subscribe
Home > Featured Articles > Failing humanity: looking back on the week, remembering the past 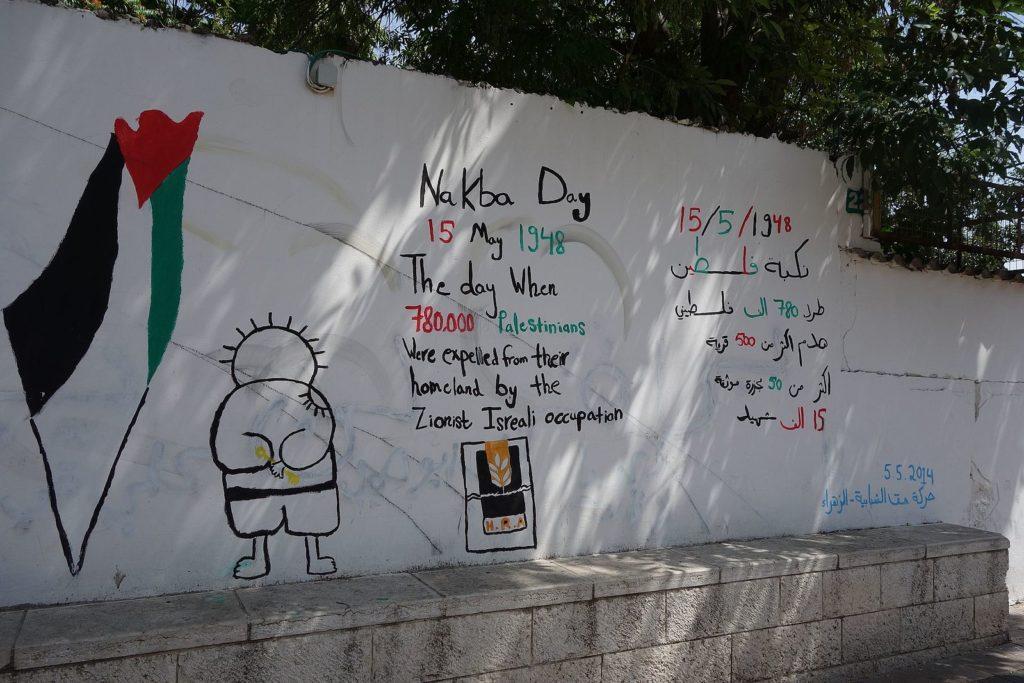 Failing humanity: looking back on the week, remembering the past

What a week this was. In case I wouldn’t have noticed, on Friday 14th the mayor of the privileged town I live in (Antwerp) warned against “the identification of young Muslims, 14-15-16 years old, with a certain frustration – youngsters who now receive those images, unfiltered through social media and with one-sided interpretation”. I didn’t feel addressed. After all, I’m 65. He was referring of course to what was happening in the Gaza strip, and the possibility that the conflict would be exported to the banks of the river Scheldt.

Saturday 15th. No need to be a Muslim to have a good morning coffee at Lari Chikh in my Antwerp-North neighbourhood. No usual Berber jokes about King Mohammed VI today. This is Nakba day, day of Palestinian mourning since 1948. We’re all watching the Israeli bombing of the Gaza strip on TV, mouth open, in painful silence.

Sunday 16th. My favourite procrastination day. After contemplating missed deadlines, I dwell through the weekend edition of this country’s self-declared quality newspaper. On the last page, a reflection on the Palestine-Israel crisis under the heading ‘The echo of Hannah Arendt’. Poor Hannah. She once really believed in utopian Zionism, then became overtly critical, and has since been vilified by her kindred (with the exception of Albert Einstein, of course, who also wisely enough refused to become president of Israel).

Monday 17th. In the Netherlands, Queen Máxima turns 50 and there is no way to escape that in the Low Countries. These days, anything goes to distract from the real news, even the daughter of a man actively involved in the ‘dirty war’ of the Argentinean military junta. And oh yes, Máxima gave a reading of a poem by Pablo Neruda. Aw.

Tuesday 18th. Kristof asks me if my editorial will be ready by tomorrow. I say yes (another deadline). Good Latin American friends write me not to forget that Tupac Amaru and Micaela Bastidas were gruesomely executed by the Spanish occupants of their homeland, 240 years ago. Long dead, they have inspired indigenous resistance and anti-colonial movements ever since. Maybe I could write something about colonialism?

Wednesday 19th. Quote from an opinion piece in ‘De Standaard’ by 100 Belgian doctors (I co-signed, no cause for congratulation): “a conflict in which the vast majority of victims fall on one side is not an operation of war. It is slaughter”. The killing in Gaza goes on. The European Union, minus Hungary, calls in vain for a ceasefire. I am on Facebook, reading a post from Gaza-born friend and colleague Majdi Ashour: “This time, from now on, our voices must rise above the voice of battle (…) Salute to the voices that rise above the sound of the battle, and to end this battle that targets the bodies, the right to self-determination and the resistance of our people”. Majdi worked many years for the United Nations Relief and Work Agency (UNRWA) in Gaza City. Is he safe? I haven’t seen him for a long time, so I call him. He’s in the UK, as a political refugee, yearning to be home. His voice is soft and gentle as he explains to me that even ‘battle’ is not the correct term for what is going on: “it’s a battering, with the intent to exterminate”. I’m afraid he’s right.

In 1944, Hannah Arendt concluded her essay ‘A hidden tradition’ with this sentence: “only when a people lives and functions in consort with other peoples can it contribute to the establishment upon earth of a commonly conditioned and commonly controlled humanity”. What we witness now – something that comes dangerously close to ethnic cleansing – is failing humanity, and we all have blood on our hands. We should raise our voice too.