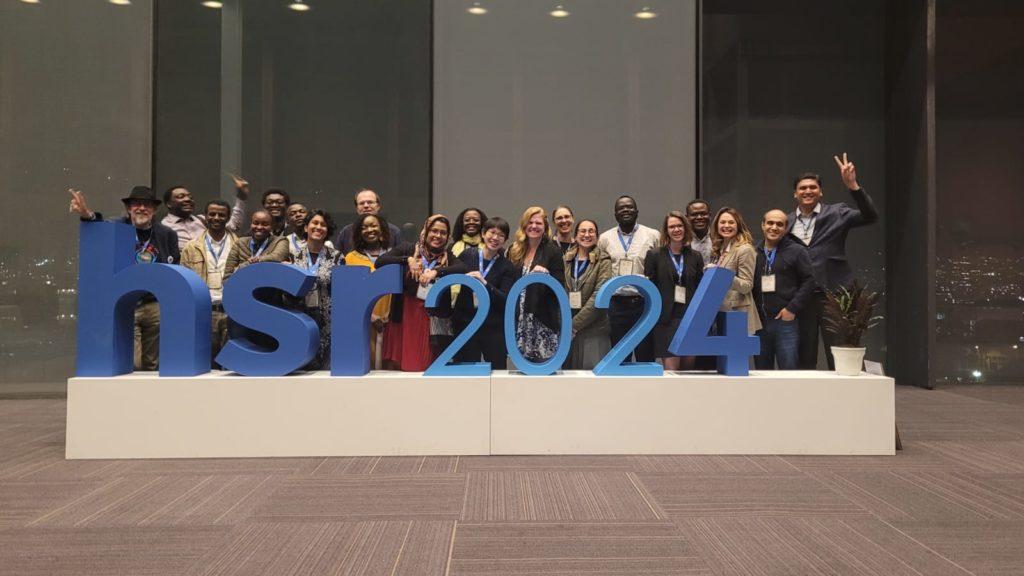 Less than a week has passed since the successful conclusion of the 8th edition of the Emerging Voices for Global Health (EV4GH) program. This year’s EV venture (EV2022) was held in Colombia, in sync with the Seventh Global Symposium on Health Systems Research (HSR2022) in Bogota (31 Oct-4 Nov). By now, sixty people, including participants and facilitators of 31 different nationalities, have mostly already arrived back home after attending/facilitating the program. Probably very exhausted, but with their hearts full of joy and plenty of memories of what has been called once again, by Wim Van Damme (EV’s founding father), “the best EV venture ever”.

The Face-to-Face (F2F) program took place in the resilient city of Medellin, during the first 10 days of a packed program that could (and perhaps should?) be ‘decompressed’ in future editions. Reflections focused on global health issues of local relevance that triggered in turn broader reflections: on violence and health, migration and health and intersectionality, all linked to immersive community visits. A good opportunity to go through the concept of glocality. I dare say that this ingredient of the 2022 F2F program should be preserved for future editions.

After Medellin, we flew to cosmopolitan Bogota (first time ever EVs took collectively a domestic flight  #EVplane). The agenda for EV4GH in Bogota started with the Thematic Working Group Network Capacity Strengthening Session, a satellite session. In the absence of Deepika Saluja (alumni taskforce), the session was led by Charles Ssemugabo, Tatiana Paduraru (EV co-chairs) and former ITM liaison Kristof Decoster. Focusing on the network and organisational aspects, it was an opportunity to share lessons on what it means to run the EV4GH network to strengthen #HPSR capacities, shedding light on assets as well as challenges. (Thanks Kristof for your contribution to EV4GH for more than one decade: together with others you have moved a mountain!). On Monday afternoon, EVs took part in a skill building session co-hosted with UNICEF on disability and inclusive health.

EV4GH also introduced the ‘Power Walk’ during #HSR2022. The first walk,  ‘A game of power and privilege in global health: can you walk the walk and talk the talk?’, during the EV organised session, moderated by Kranthi Vysyaraju (IPH Bangalore), allowed to identify, expose, criticize and address power imbalances and inequalities in knowledge production and use in #HPSR. The day after, EV alumna Nasreen Jessani started moderating “one of the most powerful plenary openings in recent memory!”, with EV2022 and EV alumni participating in a walk that raised important questions about the power and equity issues facing Colombian health workers, given ongoing violence, gender inequality and equity issues.

Throughout the week, the new EVs showed off their boosted communication skills by delivering engaging presentations – not boring at all – and displaying catchy posters. They also enthusiastically supported their peers (as well as EV alumni from previous cohorts) during #HSR2022, including on social media. And then the closing plenary still had to come. In the best tradition of Emerging Voices, and after her fellow EVs had assigned her as ‘the spokesperson’ of the new cohort for the Closing Plenary, EV2022 Daniela Da Costa “emerged” with a ‘powerful and moving speech’, challenging the audience: “What are you going to do to improve equity in primary care?”

Yes, these EV4GH folks were really taking over!

On Friday early morning, after the ‘social night’, Goran Zangana, now also a member of the Board of Health Systems Global, moderated the hybrid EV ‘Business Meeting’. Retiring Chair, Sara Ardila, whom we thank for her legacy and relentless commitment for EV4GH, and Co-chair Charles, presented the Governance Board reform proposals, and got feedback from EVs from different cohorts. To be continued!

May this reverberating energy maintain the good momentum achieved by EV4GH during this edition, to successfully face the winds of governance reform, elections and preparations for Nagasaki 2024 that lie ahead. The network has reached such a level of maturity that the new generations are claiming an active participation in the design of the program, while also aiming “to give back” in some way to the communities where the program is held. While all this is happening, and tired but overjoyed to have contributed as a local organizer, let me just say a big thank you! for loving the experience in Colombia.

Qatar, India and FIFA World Cups: The role of big sporting events in propelling digital health innovations to the centre of post-pandemic healthy city initiativesSpotlighting the role of courts in health policy processes: The role of the Delhi High Court in COVID-19 policy formulationKey features of an uplifting global health collaboration and work environment: From two mid-career African health experts.Are we really ‘one’ in ‘One Health’?Time to Rethink Global Collaboration: Travel restrictions for global health professionals
add a comment
Cancel reply
1 comments

Thanks at EV4GH. It was a pleasure participated un this version like host in the Univesity of Antioquia