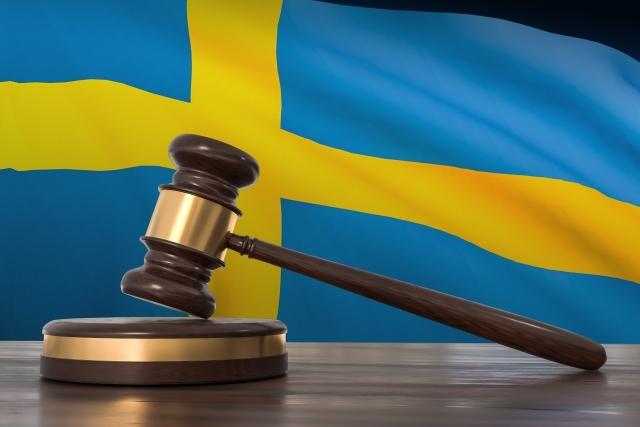 Does Swedish legislation and health policy sufficiently address the problem of access to pornography for kids and adolescents?

A lot has been written about the potential link between excessive use of pornography and poor mental health; sexual violence, and more generally whether addiction to pornography is a public health problem.  There is neither a definitive clinical consensus nor a decisive scientific stance on this potential causality. However, there is no denying that the problem exists judging from the literature and the outcry of expert opinion. Perhaps more important than this general concern, though, is the specific concern about how children and adolescents are affected by their exposure to pornography especially on the internet. What is being done in terms of regulation of access to the internet by children? This piece will therefore look specifically at the Swedish regulation of access to pornography for children and adolescents. Is there any regulation at all, and if so, does it adequately address the issue?

In February 2020, a motion/request in the Swedish parliament demanded an assessment of the consequences of pornography on adolescents and young adults. The motion stated that there might be a causal link between access to pornography and abusive sexual behaviour by children and adolescents especially violence against girls. Parliament decided that there was not enough understanding of the issue and thus tasked the “Children’s Ombudsman” to investigate and give recommendations to parliament. The Ombudsman’s report was published in June 2021. The report claimed that although availability of pornography increased greatly in the past 20 years, exposure and consumption by children and young adults in Sweden shows a decreasing trend. The report further claimed that every child has a right to explore their sexuality and pornography is part of this exploration. Therefore the report did not come out with a distinct standpoint.  Many were not satisfied with the report and thought that the ombudsman rushed the research to produce fast results.

Going forward, I don’t think the Swedish parliament – if based purely on the ombudsman’s report – will take decisive action on this issue and come up with new regulation or modify existing legislation. The existing legislation, with parts of it legislated already in 1962,  is not in sync with the rapidly evolving social and technological context of modern societies. Thus, we see that the (current) law is inadequate to address the core problem of unfettered access to pornography by children, adolescents and young adults.

Swedish law with regards to pornography vis-à-vis adolescents can be summarised as follows:

The law does not explicitly mention or address digital content. Whilst TV is largely digital nowadays, the bulk of digital content is of course to be found on the internet in this day and age. Children and adolescents’ access to digital content on the internet can be a problem if not regulated.  Surveys have shown that Swedish children as early as 2 years old have access to tablets which are connected to the internet. 90% of children of 6 years and older use internet with the majority (59%) using internet daily. More than fifty percent of 8-year-olds and above have their own mobile phones which are connected to internet. One can easily guess that the intention of the law is to protect children by guarding them against inappropriate content on the internet. It is therefore counterintuitive that efforts are not being made to regulate the internet at least for children and adolescents, more so for children below 12.  Although Sweden is often regarded as being at the forefront in internet freedom, this issue warrants strict regulation.

Now, you might ask, why should a student of health systems be worried about the law when he should be concerned about health policy? Well, health policy “seeks to understand and improve how societies organize themselves in achieving collective health goals…”. The law drives this organizational process and sets priorities based on what is considered a more serious threat to societies. If the lawmakers recognize a threat, are willing to investigate whether the threat is credible or not, then there is a possibility for them to drive health policy. Countries such as Singapore have recognised this threat and taken steps in their regulation to bind internet service providers and internet content providers to ensure that pornography is not broadcast to the public. Up to 100 pornographic sites have been banned.  The explicit aim: “…The main purpose of the ban was to prevent young children and the youth from accidentally (or even purposefully) accessing these websites.” Another sterling example of legislative action against children’s access to pornography is the UK’s introduction of the age appropriate design code.

The point here is that countries have the political and legislative tools to limit access to pornography on the internet for children and youngsters. These tools such as content filters and age verification have been put in place in other countries. The debate whether these tools may or may not have the intended effect is out of the scope of this piece (and also an issue for further research). But it is another question if the Swedish parliament does not understand the potential effect that pornography has on children and adolescents (especially through excessive and unregulated use), and because of this is not willing to commit to legislative action. In 2017, the Swedish Public health agency conducted a survey to establish the extent of pornography use amongst persons aged 16-84 years. Till now, there is no such survey, however, for children, this is therefore a grey area that needs to be researched.

In conclusion, the difficulty in regulating the internet is claimed to be partly linked to “the violation of freedom of expression and information”. The argument is whether the spreading of such content should be considered as a right? Is it or should it be covered under the freedom of expression act? It is obvious that difficult compromises should be made by both the public and the lawmakers, but avoiding the question is not an option. The pornography industry will not sit tight when state regulation seeks to limit its market. However, government must weigh seriously the health impacts on these vulnerable groups, find out what the effects are and take decisive action to limit access to pornography by children and adolescents. The ombudsman’s report has conflated the issue and might probably mark the end of the debate at least in parliament. Sooner or later, though, this vital debate should be picked up again.