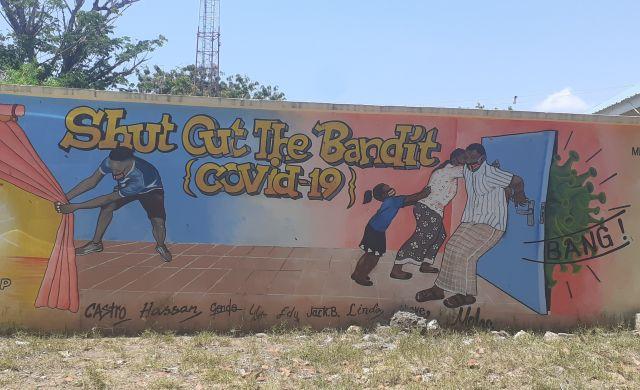 COVID-19 vaccinations in Kenya: What’s the current state of affairs?

In Sub-Saharan Africa, the first (COVAX) vaccine doses were administered on the 1st of March 2021,  in Côte d’Ivoire and Ghana more in particular.  Kenya followed closely with its first batch of COVID-19 vaccine (AstraZeneca) arriving on the 3rd of March, bringing a ray of hope in a dire pandemic situation. Since then, vaccine donations have picked up a bit on the continent, though not nearly enough. Currently, 4.5% of the African population is fully vaccinated. According to WHO, African countries have received 201 million doses by now, a mere 2.4% of the world’s distribution.

How are things going in Kenya? Well, the country now has four types of vaccines available: AstraZeneca, Moderna, Johnson & Johnson and Pfizer vaccines. Meanwhile, COVID-19  has long spread beyond urban parts of the country, and is now also very much present in rural parts of the country as Kenya enters its fourth wave with Delta variant dominance. As of 6th October, 250 000 (confirmed) cases and 5, 150 deaths had been reported in the country. For months now, hospitals have been grappling with the numbers of infected. Although the COVID-19  vaccine has been available in the country for a while now and recently 795 600 Pfizer doses were received from the United States, given the limited quantities from donations and purchases, many Kenyans are yet to receive the vaccine.  Even if it’s true that there is also vaccine hesitancy which has contributed to slow uptake of vaccines.

The original roll-out of the vaccines targeted health care workers, and some other frontline workers, people over the age of 58, and those with  certain medical conditions. The initial vaccine rollout also included other vulnerable populations such as those living in informal settlements. The rest of the population had to wait, impatiently.  However, even though the plan was set, not everything went according to this plan: eg. back in March already,  the government allowed vaccination of the foreign diplomats before the frontline staff or the elderly, with shots supplied via COVAX moreover. Obviously, the Kenyan people weren’t amused.

Globally, 34.7% of the world population have been (fully) vaccinated by now. Sadly, Kenya’s vaccination rate is nowhere near: it currently stands at 1.7 % with 3.8 million doses given and 929K fully vaccinated. And so Kenya was one of the many countries in Africa that missed WHO’s target to fully vaccinate 10% of its population by 30 September.  Put differently, Kenya is still struggling to vaccinate high risk populations while many developed nations have already inoculated all their adult populations (and some even their teenagers).

As the struggle continues, a return to normalcy has nevertheless ensued with many people going their own business. Understandably, the fatigue in keeping with COVID-19  protocols and guidelines have set in. Social  distancing is now slowly becoming a thing of the past. Masks are down or out, and sanitizing or washing hands happens is far more casual than before, with exception of some heavily monitored areas  such as banks and shopping malls. As for the implications of the low vaccination coverage, and diminishing COVID-19 preventive measures on any future outbreaks, we’ll find out later.

Massive inequities continue to exist globally on access to COVID-19  vaccines, which is reflected in the availability of the COVID-19 vaccine in Kenya. There is the hope that the government can do better, and that the vaccines can reach everyone in line with the right to health, sooner rather than later. In keeping with the next WHO target, Kenya seeks to vaccinate 10 million people by the end of 2021 (40 % of the population). Yet, Christmas will be here soon and this target seems unlikely. More needs to be done by those in power to ensure that access to COVID-19 vaccines is improved for poorer countries, and those with limited capacity to manufacture their own. Vaccination of the population in Kenya and elsewhere is paramount, as indeed “no one will be safe until everyone is safe”.