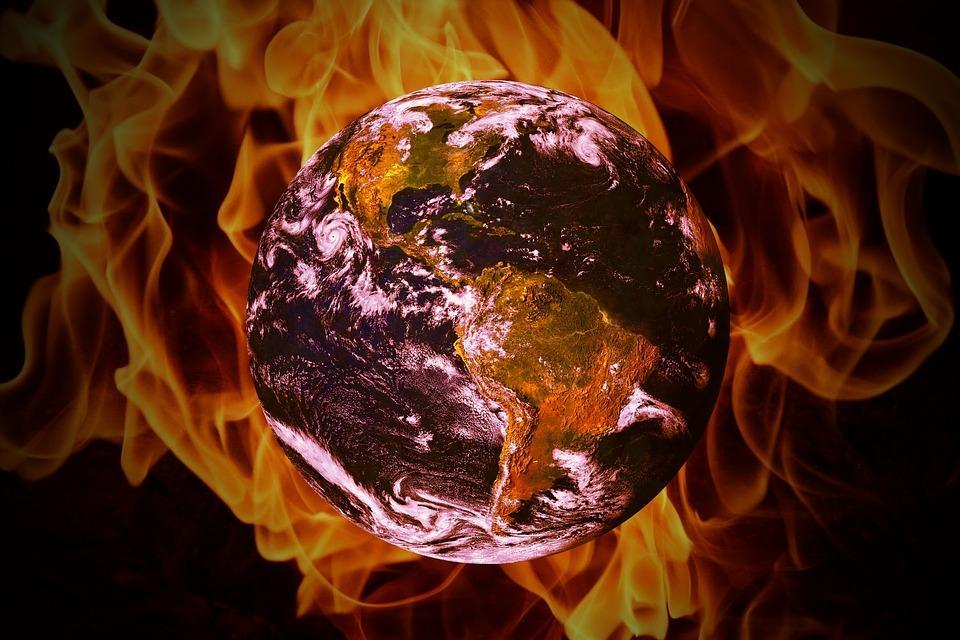 In November 2021, in a mid-term evaluation for their paper on ‘Fundamentals of Political Science’ (an introductory course to political science that I teach), one of the questions I had asked my students in their first semester of the undergraduate integrated Humanities/Law honours programme, was the following: explain the (heavy) ‘luggage’ carried by the Global South in the context of the cartoon by Rohan Chakravarty in his comic-strip Green Humour. The cartoon appeared as part of a series by the comic artist on COP 26, held in Glasgow at the time. One of the students (of nearly half of the class who attempted the question), explained in plain terms, “The cartoon depicts the amount of issues that we have in the world and the leaders who hardly make (any) effort to solve it”. Another pointed out how the ‘luggage’ reflects the “problems faced by countries in the Global South due to climate and ecological factors,” with them bearing the brunt of these problems while the Global North is (singularly) focused on reducing global temperatures by 1.5°C, without bearing any responsibility”. Yet another student noted, “problems that are unattended (to) by society, problems which they carry with them, things which happened in the past”.

The following month, the United Nations Security Council (UNSC) rejected, in what the body itself called a ‘contentious meeting’, a draft resolution that would have integrated climate‑related security risk as a central component of United Nations conflict‑prevention strategies aiming to help counter the risk of conflict relapse. India and Russia voted against the resolution. India’s representative, while stressing his country was “second to none in addressing climate action and climate justice”, stated that “the Council is not the place to discuss either issue”, adding “an attempt to link climate with security obfuscates a lack of progress on critical issues under the United Nations Framework Convention on Climate Change (UNFCC) process.” He further pointed out that the resolution in its current form “would constitute a step backward from collective resolve to combat climate change.”

The two events are linked through the fact that despite decades of scientific work with evidence pointing to gloomy prognoses as a result of anthropogenic interference with the climate, governments across the globe (especially in the Global North) have failed to act to the degree and rate required.

While the terms Global North and Global South are not uncontroversial, for the purposes of this article I’m using them as defined by A M Kowalski in his chapter ‘Global South-Global North Differences’ from No Poverty: Encyclopedia of the UN Sustainable Development Goals.

The Global South, as my student noted, is also burdened by what Amitav Ghosh in his recent book, The Nutmeg’s Curse: Parables for a Planet in Crisis points out as the “violent trajectory of the colonial mindset that justifies the exploitation of human life and the natural environment, and which dominates geopolitics to this day.”

Colonialism and by extension capitalism, has seen multiple mutations since the early 17th C when the Vereenigde Oostindische Compagnie (VOC) (the Dutch East Indies Company) reached the Banda archipelago in Indonesia in search of a spice – which in medieval Europe was so highly valued, that a handful of it was sufficient to purchase a palatial house or a ship – the nutmeg. They also set in motion the massacre of the Bandanese in 1621, save 530 individuals who were brought back as slaves, as only they had the much-needed “lie of the land” for nutmeg cultivation eventually leading to the Dutch monopolising the nutmeg trade.

The ‘nutmeg’s curse’ faced by the Global South in the current context can also help frame the climate change security dilemma more effectively. Amitav Ghosh goes on to describe:

“And should you then break the nut open, you will see inside something akin to a geological structure — except that it is composed of the unique mixture of substances that produces the aroma, and the psychotropic effects, that are the nut’s very own superpowers.

Like a planet, a nutmeg too can never be seen in its entirety at one time. As with the moon, or any spherical (or quasi-spherical) object, a nutmeg has two hemispheres; when one is in the light, the other must be in darkness — for one to be seen by the human eye, the other must be hidden.” (p 10)

With respect to climate change it is quite clear that the Global South has been the darker-hidden hemisphere to the light of the more visible and wealthier Global North. The dominant nature of international institutions such as the International Monetary Fund and the World Bank in shaping policies in relation to global governance of renewable energies is the more recent shift witnessed in a series of historical shifts since the discovery of fossil fuels by colonial powers in various parts of Africa, Asia and Latin America.

Global Health Governance (GHG) is no different. Mainstream ideas of global health continue to reflect the hegemonial notions inherited from colonial medicine, including primary concerns such as retaining monopoly in trade of essential medicines, restrictions on intellectual property rights, focus on infectious diseases and pushing the securitization of health. Global health strategies that are led by the richer part of the world reproduce the exact same processes that have led to their higher levels of development, aside from generating unequal global distribution of resources. The “decolonise global health movement” is currently making a dent within these mainstream perspectives, long overdue. It calls for decolonising medicine and global health (by academics and researchers mainly based in the Global North, notwithstanding) and the larger aim of the project is to realign the socioeconomic and political context of the globe, including structures and processes, “that address the whole spectrum of health determinants.”  But there’s still a long way to go in this respect.

In order to reconceptualise global (and planetary) health the right-side-up, as well as to avoid the impending climate change doomsday scenario, there is a need to go beyond the trope of security and global governance and policymaking by the few. Security when envisaged as a primary concern for understanding world politics and as a means to survival, continues to emphasise the fundamental role of the state. By engendering such a discourse, the onus of maintaining “security” for the larger benefit of society is deemed to be seen in the ‘good governance’ prescriptions of the Global North, who attempt to put things in order in the ‘unruly’ South. If climate change were to be brought under the UNSC, the governing mechanisms would further be restricted to the permanent five states and not the more democratic structure of the UNFCC. Breaking the deadlock requires a more inclusive system which emphasises the participation of heterogeneous interstate, intra-state, public-private and private transnational institutions, formal and informal actors from across the globe – both in decision making and implementation. This has been characterised as the “hybrid institutional complexes” (HICs) in global governance. While the governance model of “multistakeholderism” also claims to bring  together all concerned stakeholders, the hybrid institutional complex is more broad-based and includes actors who have been marginalised.

So, what are the possible ways out of the climate change-health security (governance) dilemma one might ask? Adopting alternate approaches to climate change-health security and policy making by acknowledging the ‘context of hybridity of political and social orders’ (state and non-state actors outside the institutionalised set up) in postcolonial countries would be a start. By way of example, let’s look at the incidence of noncommunicable diseases (NCDs) – which cause 41 million deaths annually worldwide, with 76% of the cases from the Global South. The situation has further worsened due to treatment delays caused by COVID-19. Governance for this area is confined to select top-down policy decrees from international institutions and powerful developed countries. National states and regions in the Global South are sidelined in policy making, with an even lesser space for participation for non-state actors such as advocacy groups.

Recent studies have highlighted the reasons for prioritising issues like AIDS and other health security concerns over NCDs in global health policy and funding. More recently, in the wake of the COVID pandemic, pandemic preparedness and response has become a top GHG priority, relegating something as crucial as universal healthcare to the backburner (even if some try to link it to global health security). These examples underscore the political role of epistemic communities in framing issues in the Global South in a manner that advances the agenda of dominant actors.

A hybrid system of governance will help in structurally changing the primary role of the state (in its modern from as conceptualised by Max Weber) to also include non-state actors such as social care workers, patient’s rights groups, affected communities and others. Focusing more on the research side of things, the interdisciplinary nature of Health Policy and Systems Research (HPSR) makes it well positioned to tackle the complexity of climate change while also improving the analysis of linkages between health and climate change within the larger socioeconomic and historical-political context. While the new Health Systems Global (HSG) Thematic Working Group (TWG), “Climate Resilient and Sustainable Health Systems”  is obviously very welcome from this angle, it would be good if HSG (in a separate TWG perhaps?)  also acknowledged and pushed for the decolonisation of global governance, including a greater role for non-state actors, especially marginalised voices from the Global South.

To conclude, in order to integrate climate change mitigation with policies that promote public health care leading to universal health coverage, global governance must also include the marginalised voices from the Global South. Given the growing calls to decolonise institutions, global governance mechanisms must pay heed to them to avoid an impasse on the crucial issue of climate change and health for all. The impending climate disaster and the lives of nearly three billion people cannot be left to the mercy of a select few.

Note: The students whose responses were cited, in order- Bonu Oorjitha Lakshmi Anjali, Rindha Mahankali, Voni Venkat, Annu Akshara Reddy and Medepally Meghana. They are all in the first year of the five-year integrated BA LLB (Hons) course at the School of Law, Mahindra University, Hyderabad, India.