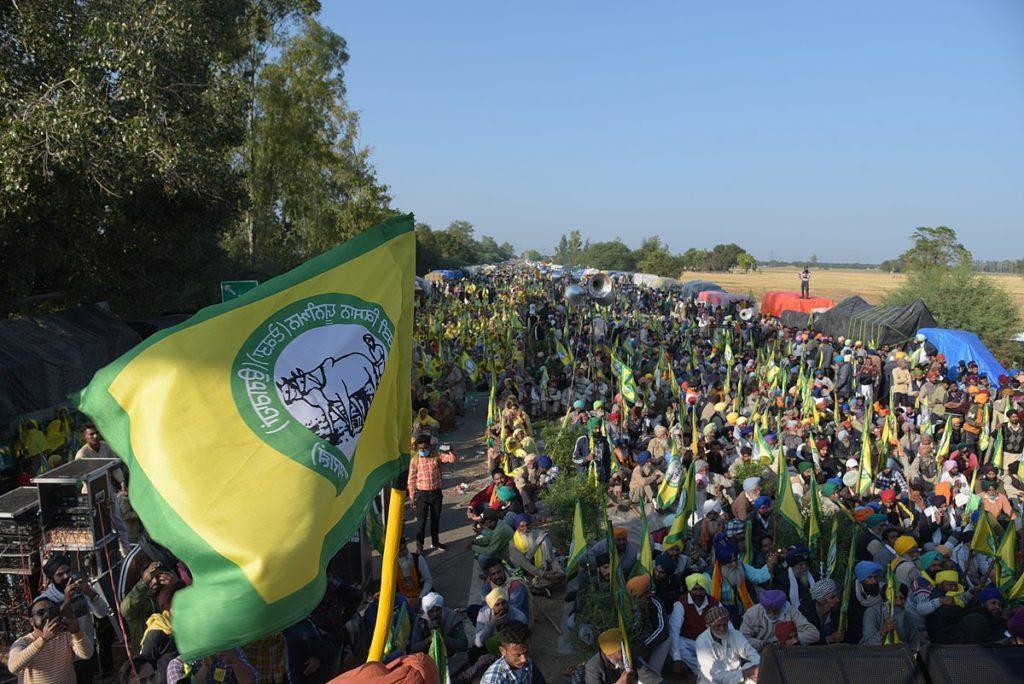 Building Back Better: The power of mass mobilization in India

On 5th September 2021, over 500,000 farmers gathered in Muzzafarnagar, a town located 130 km from New Delhi, to protest a set of three legislations or “farm laws”, passed by the government last September. This gathering or “Mahapanchayat” is the latest in what can be considered one of the longest and most powerful mass mobilizations in India in recent times. Spearheaded by farmers, these protests have now lasted for over one year and opposition to the laws – which are a move towards deregulation of the agricultural sector in India (through relaxing rules around pricing, sale and storage of farm produce) – has been growing. Critics of the laws say that this would allow large corporates to grow unregulated, to the detriment of smaller farmers. In protest, individual farmers especially in the northern states of Haryana, Punjab and Uttar Pradesh have been protesting in and around Delhi since last September. The protests, which began in Punjab and Haryana, moved towards Delhi in November and since then have been met with tear gas, barricades and even trenches to prevent farmers from moving ahead. On January 26th, India’s republic day, farmers dominated news headlines when they brought a tractor rally to New Delhi (with violence ensuing in some quarters). If you are wondering how the farmers have managed to hold for in these dharnas (sit-ins) for one whole year, it is because they are fully equipped with community kitchens, health camps, and other sustenance including libraries. In an unprecedented show of solidarity, they have been supported by millions across the country who have participated in nation-wide strikes and rallies. On the more tragic front, some farmers have allegedly committed suicide in protest against the laws as well.

The protest is of significance for a number of reasons which should be of interest to a global health audience. For one, they signify an opposition to the deregulation of the agricultural sector in India which exposes it to neoliberal dynamics, with implications for livelihood, the environment and food security. (to read more about the implications of the laws see for instance this). But in a larger context of governance, these protests are a symbol of the growing discontent with top-down policy making in India. Over the past years, and especially since the start of the pandemic, there has been stifling of protest, a crack down on civil society organizations, and passage of legislation without debate and consultation. The farm laws are an example of this: the laws were promulgated and passed in parliament without consultation or debate even though farmers had already expressed dissatisfaction with the laws; an area of governance that, as per the constitution should be within the jurisdiction of the state has been interfered with by the centre; and at various points, protests have been disrupted and activists detained. This manner of law-making has been criticized by many in the past, but the farmers have shown how direct action can be an effective form of seeking accountability when formal avenues of governance do not allow it. In part this has been due to the sheer numbers, but also undoubtedly due to the myriad alliances that the protests have managed to forge. For instance, the symbolism of the mahapanchayatbeing in Muzaffarnagar, a site of communal riots against Muslims in 2013, which some say catapulted the ruling right-wing BJP to power in the elections that year, is not lost on anyone. Farmers across religious lines participated in the protest, and the slogan of Hindu-Muslim unity was writ large, as if to signal to the right-wing government that the protest is above its communal politics. With the next election of Uttar Pradesh, one of the sites of the protests and the largest state of India just a few months away, the protests are undoubtedly significant.

This is not to say that the protests have been entirely egalitarian or that the repeal of the three laws will fix the agricultural sector. For instance, a lot of the alliance building has been along caste lines. But at a time when frustration with non-participatory policy making is growing and India has fallen to 53rd rank in the 2020 Democracy Index, these protests signal some reprieve. Irrespective of whether they truly signify a reconciliation between genders, communities and castes, what matters is that these “even somewhat uncomfortable” alliances are able to hold. For those of us seeking to “rebuild” in the post-pandemic world, these protests (and others around the world) hold important lessons for re-orientation towards progressive grassroots politics and the power of mass mobilization.