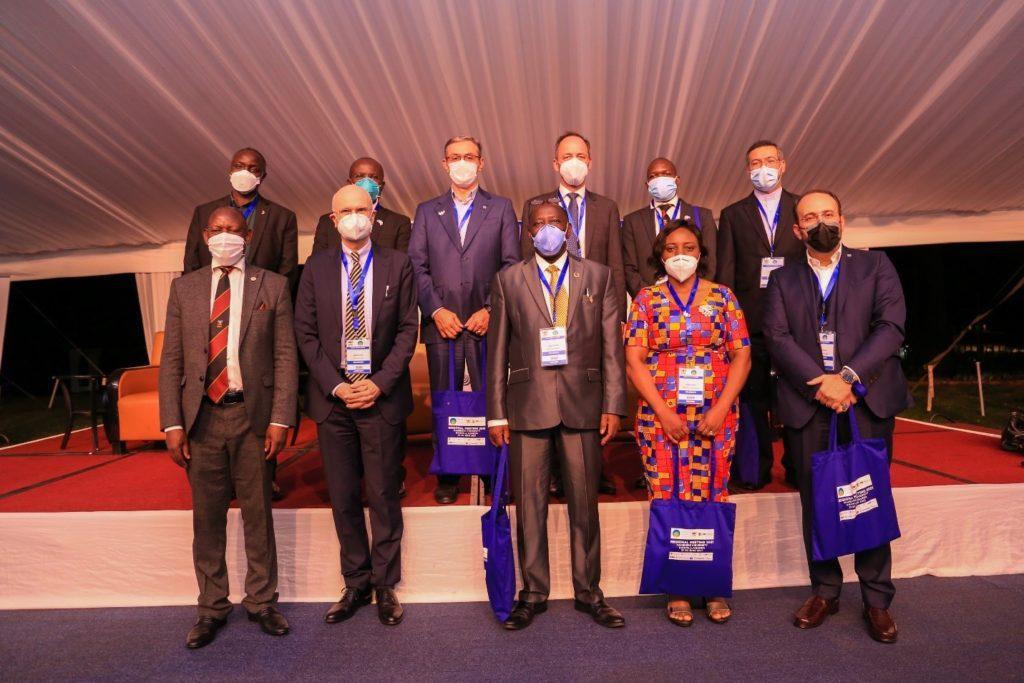 The World Health Summit regional meeting in Kampala, Uganda (June 27-30), which was first slated to take place end of April 2020 has just been concluded. The reason for the postponement of the meeting in 2020 was, you guessed it, the COVID-19 pandemic. Unfortunately, one year later, the pandemic is still far from over, with the host country, Uganda currently hit by its second wave of COVID-19. The latest wave seems largely fueled by the (more infectious and deadly) Delta variant. The current peak of cases in Uganda is over 400% the one registered during the first wave in December 2020, and the country has been under a 42-day total lockdown since June 18. The summit thus required special permission to have a few delegates on site.

Against this backdrop, it was thus not surprising that the prominent message from the summit was the need for vaccine equity as many countries in the global south have so far been left behind in accessing the life-saving intervention. Just 1.1% of the African population have received COVID-19 vaccination, mostly through the COVAX facility. A stark comparison was made between the developed countries of which many are currently opening up, having ramped up vaccinations for their populations, while at the same time many countries especially in Africa are locking up (again) amidst a third COVID-19 wave that is sweeping the continent. “A pandemic fueled by inequity”, vaccine ‘nationalism’ and ‘apartheid’ were some of the terms being used. The WHO Director-General, Dr. Tedros Adhanom Ghebreyesus re-echoed the need for sharing vaccines now and investing in local production, stressing also that Africa needs to build its own capacity to manufacture COVID-19 and other vaccines.

Amidst the acknowledgement of the unfairness of the rich world in hoarding vaccines and neglecting Africa, a consensus emerged on the need for Africa to step up its capacity to deal with, and solve its problems. “Selfishness in the world is bad but also good to wake up Africans.” the Ugandan president, H.E Yoweri Kaguta Museveni, remarked at the opening of the summit. He continued “Africa should not depend on others for vaccines and essential commodities. We need to invest in Africa. Africa has fought Ebola; it can address its problems.” Several other speakers agreed that the current adversity Africa is facing should be turned around and efforts focused on building the continent’s capacity in science and technology. Africa currently produces only 1% of the vaccines it administers, and this must change. Speakers requested for technology transfer, supplies, patent waivers and capacity development to support Africa to embark on this journey.  African countries were also requested to step up their funding for research and development. Recently, there has been debate on open sharing of SARS-COV-2 genomic sequences with a view on spotting virus variants and making or updating vaccines, an agenda mostly pushed by Western researchers and funders. In this debate, researchers in Africa are wary of exploitation, non-recognition and later not having access to vaccines. Similar concerns were expressed during the Ebola outbreak when specimens collected by African researchers were shipped out of the country and most papers authored by Western scientists, negating the contribution of many African researchers and communities in responding to health challenges. Africa will have to confront these issues as it steps up and develops its own capacity.

Another challenge that Africa and many low- and middle- income countries will face in their journey to bolster their scientific contribution is the current attitude of some Western actors towards their products. This was recently demonstrated by the European Union when it issued guidelines on the digital COVID certificate, which facilitates safe free movement in the EU during the COVID-19 pandemic from July 1 on. So far, the guidelines don’t recognize AstraZeneca vaccines produced by the Serum Institute of India. This is especially concerning because the bulk of vaccines distributed by the COVAX facility to African countries have been manufactured in India till now. Unfortunately, as has been noted by many, such actions are also likely to further contribute to vaccine hesitancy in Africa. Speaking in a plenary session at the Summit, Dr. John Nkengasong, the Director of the Africa CDC, condemned this behaviour and wondered why the EU would castigate vaccines from the COVAX facility, supported and funded by the EU (!) among others. Earlier this week, the Africa CDC issued a statement urging the EU to consider increasing mandatory access to those vaccines deemed suitable for global rollout through COVAX.

Everybody agreed vaccines are important, hence the big focus on vaccines, vaccine equity, tech transfer and capacity building at the regional meeting. Still, it was also acknowledged that vaccines alone will not end the pandemic. Speakers emphasized that public health measures need to remain central to the response in every country. Such measures include boosting surveillance, contact tracing, quarantine and empowering and engaging communities to (continue to) comply with measures such as physical distancing, avoiding crowds and wearing masks. The need for pandemic preparedness was also highlighted as key to stopping the next outbreak, and it was emphasized that efforts are needed to foster building resilient and responsive health systems and advance universal health coverage (UHC) if future pandemics are to be dealt with better.

Last but not least, the pandemic has also further grounded new ways of thinking and looking at health. With the globe lagging behind in making progress towards attaining the SDGs, and the COVID-19 pandemic further jeopardizing the 2030 agenda, the time was considered opportune to think of meeting the health needs of the present without compromising the health of future generations, a concept termed ‘Sustainable Health’, advanced by the Centre of Excellence for Sustainable Health. In the session where this was discussed, meeting participants shared their perspectives about what they considered the greatest challenges of the 21st century, almost all of which had a generation aspect. Issues such as poverty, climate crisis, health inequities and non-communicable diseases (NCDs) among others all place an onus on the current generation to break the cycle.

Building partnerships that work was also considered key for improving the health of Africans. In fact, many discussions dwelled on the importance of building mutual south to south and north to south partnerships aimed at addressing Africa’s health challenges including COVID-19, HIV/AIDS, health system strengthening, NCDs, medicines and medical technologies among others.

In short, the World Health Summit showed that Africa is ready to lead the decolonization of global health. Through working together and with support from the global north, Africa has the potential to manage its current and future health challenges, including the COVID-19 pandemic. The World Health Summit called upon African leaders to invest in health to overcome their continent’s challenges, and the global north to support these initiatives. Let’s hope both heed the message.

Rawlance Ndejjo is a Research Associate in the Department of Disease Control and Environmental Health at Makerere University School of Public Health. He received the 2021 Drs. Anvar and Pari Velji Young African Leader Award and was in 2020 nominated as an outstanding early career scientist to attend the prestigious Nobel Laureate Meetings in Lindau, Germany.