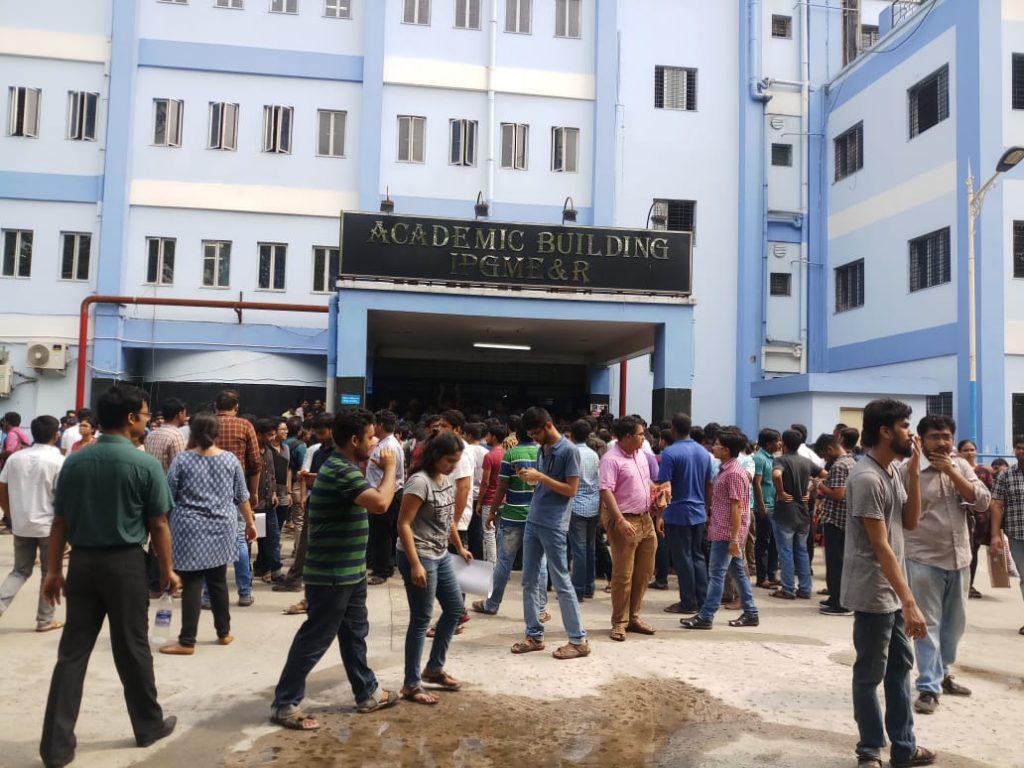 Assaulting medical staff at government hospitals has unfortunately become a common phenomenon in the Indian subcontinent  these days, and India is certainly not an exception. According to a study by the Indian Medical Association, over 75% of Indian doctors have already faced violence at work. The risk of violent incidents (with almost 70 % of cases caused by relatives of patients), appears highest at emergency and intensive care departments.  While the problem exists all over India, according to a news article in the Telegraph, Maharashtra, Karnataka and West Bengal see the most incidents. At least if you believe Google trends.

What are some of the reasons behind this public anger, and more importantly, what could be done to mitigate their anger and improve the security situation for health staff? Various BMJ  blogs (see here and  here ) have already shed light on the issue, and possible ways forward. Here I’d like to add a few more suggestions.

In LMICs like India, doctors earlier used to be treated as “next to God”. It’s fair to say that in recent decades and certainly since the beginning of the 2000s, that has changed considerably, both for the better (there’s really no need to hold Medical Doctors in such (sky-)high esteem, as they are human beings like you and me) and the worse (increasing violence towards them). To understand the reasons behind this shift, in addition to some of the possible explanations listed in the above mentioned BMJ blogs (like misperception and unreasonable expectations among patients and relatives regarding healthcare and adverse events; medical illiteracy; long waiting lines (before finally getting to see the doctor); cycles of violent strikes and negative media coverage which have tarnished the image of the medical community, and are sometimes also being exploited and worsened by populist politicians and certain media; a lack of empathy & communication training for MDs in India, … ), there’s a need to dig into the market of health care.

In this market, the “service” that is exchanged is health care, whereby consumers/ patients only consume that particular service/health care that the supplier/doctors tell(s) her/him to consume/purchase. In health economics terms, this is called ‘supplier-induced demand’. Since as a consumer, the patient or her/his family does not have other options, they tend to rely completely on the doctor (although at times, they seek a second opinion). But that also depends on their financial status. In many cases, however, they find it difficult to access even one “proper” medical doctor when seeking health care. Keep in mind that in a country like India, a significant portion of the population (still) seeks health care from informal providers, who practise modern medicine without having undergone formal training.

Going back to the original issue (violent incidents versus doctors), it appears that the above mentioned issue of ‘information asymmetry’ can (and often does) cause an environment of mistrust (or worse) when the outcome of the treatment results in death for ‘near and dear’ ones. But why is this so? Why do doctors so often fail to explain the case properly to the patient party? Probably for two reasons, one from the consumer’s side, the other one from the provider’s side.

Most of the incidences occur in state-level hospitals which provide specialized medical care and have highly qualified doctors working in there. But due to the long referral chain in the government system, a patient often reaches such facility only at an advanced (and in many cases final) stage. In such a situation, when the patient eventually reaches the facility, even the specialized doctor can’t do much (anymore). However, in the eyes of the patient’s family members, it is the big city hospital that has failed to provide the treatment.

Is it always the delay on their part that causes the commotion in the hospital? No. Often, poor behaviour on the part of the service providers also triggers the violence. In such specialized hospitals, once a patient reaches the facility, he/she will first be examined by junior doctors (interns), and only then specialist doctors come into the scenario. These junior interns typically have to handle an excessive patient load, that at times results in (far) more than eight working hours per day. Since it’s a government hospital and situated at the heart of the city, often a number of relatives also accompany the patient. So to treat a single patient, the intern might have to answer numerous questions from the patient and his/her various relatives. In the absence of adequate technical knowledge, many people make their own “assessment” of the medical situation (read in most cases: distort the doctor’s wordings). Overworked junior doctors at times also get into arguments with the patient’s relatives and this also often leads to violence from one or both sides.

Now, how can this be addressed? Here, one also needs to take an approach focusing on both sides.

If possible, doctors (earlier in the chain) should explain the real situation to the patients’ relatives and make them understand the necessity of fast referral. Another option could be that the lower tier already provides some basic emergency treatment so that the patient reaches the speciality hospital with some (more) time for treatment. However, for this, one needs to make arrangements for the necessary human resources and infrastructure at the lower tier hospitals (or make super specialized hospitals available at the nearest town). At present, many states go for the second approach, but this approach suffers, unsurprisingly, from a lack of specialized doctors. A specialized doctor who can earn a lot in the private sector after his nine-to-five government job, is rarely ready to provide services far away from state capitals and even if they do go there, it’s usually only for few days in a week.

On the other hand, interns should also acquire some human managerial skills, which could be included in their course curriculum. Alternatively, hospitals may think of appointing managers like in private hospitals, to deal with such critical situations.

Another question pops up then: while treatment at government hospitals is free of cost, private hospitals often charge a big amount of money and can undertake many unnecessary medical procedures, so why are violent incidents not that common in private hospitals? Is it because media report more such cases from government hospitals, while private hospitals manage to escape most of the media scanning? Let us not get into the media dynamics here (which certainly might play a role in certain political contexts), but rather focus on other probable causes for the apparent violence gap. A key reason has to do with the packaging of the care provided: as government facilities provide health services free of cost, they are often considered of poor quality – which is not necessarily true, and quality is clearly also an issue in many private facilities, yet, the perception is different.  The tight management and security system in private hospitals is another reason. There, to reach a doctor one needs to pass several scanning points. Fortunately, nowadays public hospitals are also increasingly appointing hospital managers to handle the risk of furious mobs and are tightening their security system with the help of local police.

To conclude, it is neither desirable that a patient dies because of a doctor’s negligence nor it is acceptable that doctors are victims of violence. Therefore in a country like ours, where the doctor-population ratio is (still) miserable, it is high time we think in terms of system strengthening both from the demand and supply side. 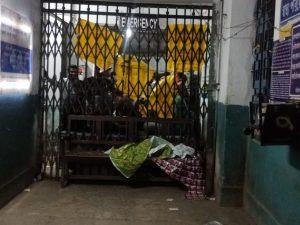 I think absence of adequate economic investment in healthcare is the main reason of violence against doctors.