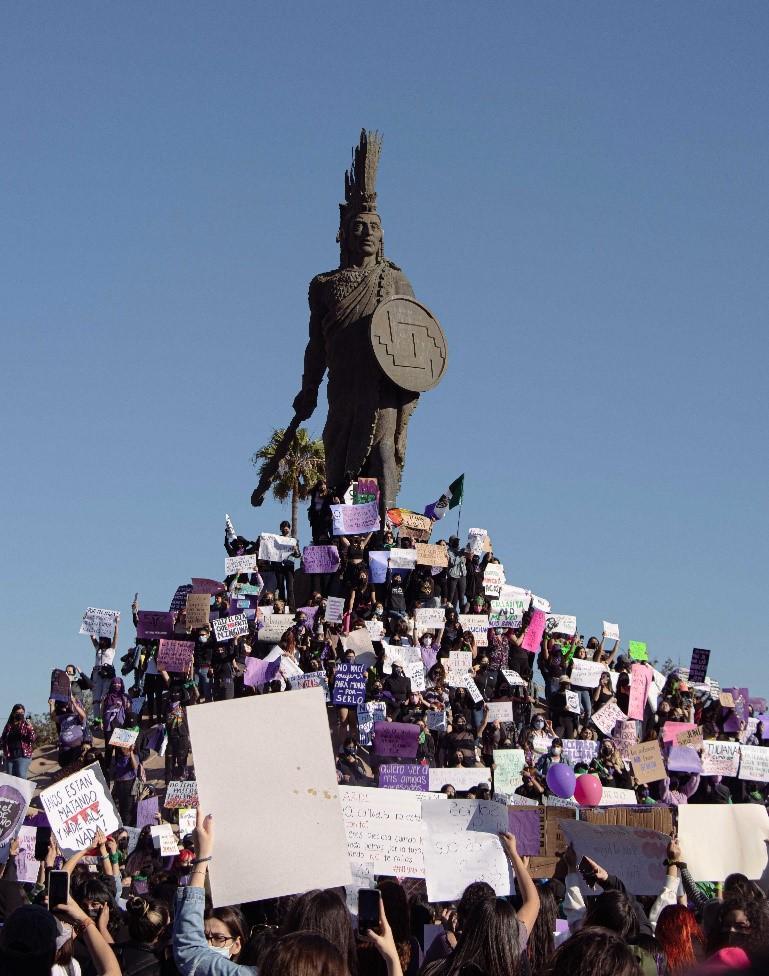 Abortion in Mexico: the “unheard voices” are increasingly being heard

In September 2021, activists celebrated Mexico’s Supreme Court decision on the decriminalization of abortion. Although not a total surprise in light of recent debate and campaigning, it was still a landmark ruling in Latin America’s second largest Catholic nation.

See the related tweet by the Executive Director of the Women’s Equality Centre:

According to the World Health Organization (WHO), 45% of induced abortions are unsafe, with 97% of these taking place in developing countries. Unsafe abortion causes about 4.7–13.2% of maternal deaths and involves life-threatening consequences like severe blood loss, infection, poisoning or organ damage. And as has been established, legal restrictions on abortion don’t prevent abortion, they only make it unsafe.

Mexico recognized unsafe abortion as a public health issue in the nineties. Since then,  women’s right of decision has been fiercely debated by both support and conservative groups, even if public awareness grew after abortion was decriminalized in 2007 in Mexico City.

During my first semester as a student in the Master’s in Public Health (Lund University), I came to understand why the Supreme Court’s sentence is not the end of the journey, but only a step towards access to safe abortion. State regulations continue to prevail in Mexico, and even where abortion is legal, women face barriers if they decide to undergo one. Access is hindered by deliberate disinformation, discriminatory stereotypes, lack of normative knowledge, stigma, deep-rooted moral beliefs, and religious attitudes depicting abortion as a taboo.

This ferocious battle takes place between healthcare professionals, politicians, religious and feminist groups. The most affected actor is being left unheard, though, at least in the policy arena. Indeed, what are the voices of those who suffer the consequences?

On Twitter (and other social media), you can increasingly hear some echoes, though, of these unheard voices. Below you find some examples.

Sol pursued medical help when she developed a severe infection due to a clandestine abortion. She writes that she felt lucky when a female gynecologist accepted to treat her, after the previous doctor refused to provide aid.

(“I was hospitalized for another month because I still had a fever and they couldn’t find out why. In that endless month I was handled by many nurses who, upon reading my medical report, treated me like garbage, telling me that what I had done was unforgivable”.)

Elena was duped by a clinic which aimed to convince women to avoid abortion. The personnel showed her a video of the procedure and photos of what she “was going to kill”.

(“I couldn’t hear anymore because I had a panic attack and claustrophobia, I couldn’t breathe and I felt like I was going to pass out, I closed my eyes and covered my ears but the sound was so loud that I heard everything”.)

Miley proves “common beliefs” wrong when sharing her story. Being pregnant did not change her mindset about pregnancy desire, and abortion did not become a contraceptive method.

(“My parents and my family questioned, reproached and blamed me in general, and branded me as irresponsible. Let me tell you that no one has the right to make you doubt your decision at any time, you are always the one who decides”.)

Just this February, the medical staff of a hospital used conscientious objection and tried to dissuade a 9-year-old indigenous girl who was raped by her cousin from having an abortion. She underwent the procedure only after her case was spread in the media.

Many more voices remain suppressed in Latin America, which struggles to make sustainable progress on this arduous and winding journey towards decriminalization of abortion. As established by WHO, the majority of all abortions in Latin America are unsafe.  And for every country making progress, there’s a counter example it seems. Recently, in the slipstream of a feminist “green wave” (cfr. the green bandanas pro-choice advocates wear in Latin America, a practice started by campaigners during Argentina’s abortion legalization battle), Colombia expanded abortion access. But Guatemala (one of the countries where abortion is completely banned alongside El Salvador, Honduras, and Dominican Republic) increased punishment for abortions.

With the help of social media, however, shared stories are increasingly triggering a shift in public opinion. A month ago, on International Women’s Day, claims for safe abortion were demanded through demonstrations across Latin America. Those are the voices of the unheard. Clearly, they are more and more being heard.

However, decriminalization is only one (albeit crucial) step; eradication of all barriers to safe abortion is needed. But although there are occasional setbacks in some countries, I like to think that slowly but irresistibly, the overall trend pushes decision makers to put ‘ a woman’s right to choose’ first.  As they should.

Karen is a Chemist Pharmacist Biologist with a background in safety of drugs and medical devices in Mexico. She is currently enrolled in the Master's Programme in Public Health at Lund University to expand her skills in research and policy-making.