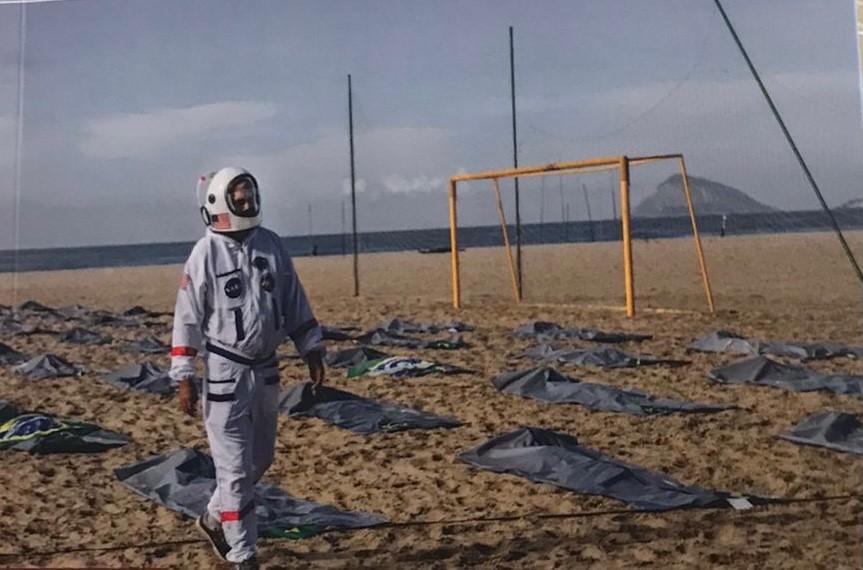 In early 2021, local media reports in Brazil uncovered that some healthcare workers were injecting people with what were termed “wind vaccinations” – empty syringes. At the time, it was unclear whether these were cases of accidental poor practice, purposeful deception because of antivax sentiment amongst health professionals, or whether vaccine jabs were being pocketed to be sold on the black market. No matter the explanation, it was clear that something was amiss and the incidence of collective misconduct increasing in Brazil with the introduction of vaccines.

Upon hearing about these stories on social media, I became interested in learning more about why this misconduct was occurring from a socio-cultural and psychological perspective. I decided to make this the area of focus for my LSE’s MSc dissertation in summer 2021. I conducted more than 30 semi-structured interviews with a range of stakeholders including Brazilian healthcare professionals, an international anti-corruption agency, a local one and international health policy professionals. After translating those interviews, I conducted a thematic analysis to try to develop an understanding of why unethical behaviours seemed to rise around vaccines in Brazilian society – what factors encouraged and enabled vaccination queue jumping, disinformation campaigns, vaccination theft and sales on the black market, and more.

While interviewees highlighted different fears of Brazilians around the vaccines – they worried the vaccines did not work, or alternatively, they worried that the systems in place would not successfully deliver vaccines they were desperate for – a common thread throughout the interviews was the deep mistrust of their government. From the onset of COVID-19, the federal government denied the seriousness of the illness and the need for the vaccine; conversely, many state governments were desperate for vaccines and wanted local vaccine production in Brazil. This mixed-messaging and polarisation between the central and state governments deepened doubts, confusion, and mistrust in government.

Arguably, mistrust of politicians and public officials (as well as doubts around their capabilities) has been present in Brazilian society long before COVID-19 emerged. The country’s history of political scandals reaches back six decades, and with significant class disparity and lack of (sufficient) political and financial investment in healthcare systems, Brazilians have often been forced to take matters in their own hands and fight over resources when their government(s) failed to deliver. This has led to what some call “the Brazilian way” – individualistic behaviour aiming at providing for one’s own needs, irrespective of the negative social consequences.

The COVID-19 pandemic exacerbated many of these sentiments, though. Rhetoric and the dysfunctional dynamic between leaders (with some mayors and governors on the one hand, Bolsonaro and his allies on the other hand) fuelled doubts and mistrust – particularly of the central government – to new levels. Brazil’s populist President Jair Bolsonaro repeatedly claimed COVID-19 was just a hoax and spread misinformation and scepticism around vaccines. Meanwhile, federal government departments and health regulators clashed with this stance by authorising and encouraging vaccinations and social distancing policies. Against that messy backdrop, it is understandable that many Brazilian citizens may have been unsure about which authorities and what information they could trust.

Interestingly, mistrust seemed to manifest itself in very different ways in the early days of COVID-19 vaccination in Brazil – in illegal/immoral actions to get or sell the vaccine or illegal/immoral actions to prevent and dissuade vaccination. For example, instead of waiting for their turn in the vaccination queue, some affluent individuals attempted (with some success) to buy vaccines illegally from healthcare workers. Wealthier families also avoided the queue by traveling abroad to countries where vaccines were widely available such as the US and the UK, or even to other cities within Brazil with more efficient vaccine distribution. As discussed above, in some cases “wind vaccinations” were doled out so that the real vaccinations could be sold illegally, but in other instances, this was a tactic taken by professionals who did not believe the vaccines were safe and/or effective.

Obviously, incidents of vaccine misconduct were not isolated to Brazil, and indeed stories of fake vaccination cards, counterfeit vaccines, and stolen inoculations emerged around the world. However, Brazil’s unique history of mistrust of government, combined with its mishandling of and failure to communicate clearly and accurately about the virus and the vaccine in the Covid pandemic, exacerbated mistrust and widened opportunities for individuals to “rationalise” immoral or unethical behaviour. Denialist speeches and disinformation by politicians increased the citizenry’s panic, while false information about the potential health risks of the vaccines – especially in the face of surging cases and escalating death rates – encouraged irrationally risky behaviour.

When thinking about potential ways to improve vaccination conduct in Brazil for COVID-19 and future disease outbreaks, it is thus important to consider its unique culture and history. Of course, in an ideal world, government communication to the public should ensure adequate provision of high-quality, evidence-based and easily digestible information to establish trust and avoid misconduct during a crisis from the highest to the lowest levels of government. However, experiences during the COVID-19 crisis in Brazil demonstrate that this may be an unrealistic expectation in the current climate.

At a more decentralised level, simple steps may go a long way in providing reassurance to communities: accessible information without scientific jargon should be available widely in both print and online formats and in multiple languages to ensure that individuals understand what vaccines are approved, how they have been tested, and their levels of safety and effectiveness; a policy where health workers are required to demonstrate vaccine vials to the patient before and after administration may reduce the incidence of “wind vaccinations”; and improved transparency around reasons behind vaccine priority lists, rates of uptake, and delivery schedules could help individuals understand why they should wait for their turn in the queue and reassure them that they will be called upon.

While the implementation of fines and other punishments for vaccine misconduct (including queue jumping, buying/selling fake vaccine certificates, etc.) can be considered, more systemic changes must be made in order to combat the deep-seated mistrust of government in Brazil that was exposed throughout the interviews I conducted.

Congrats on the article, Nicole!