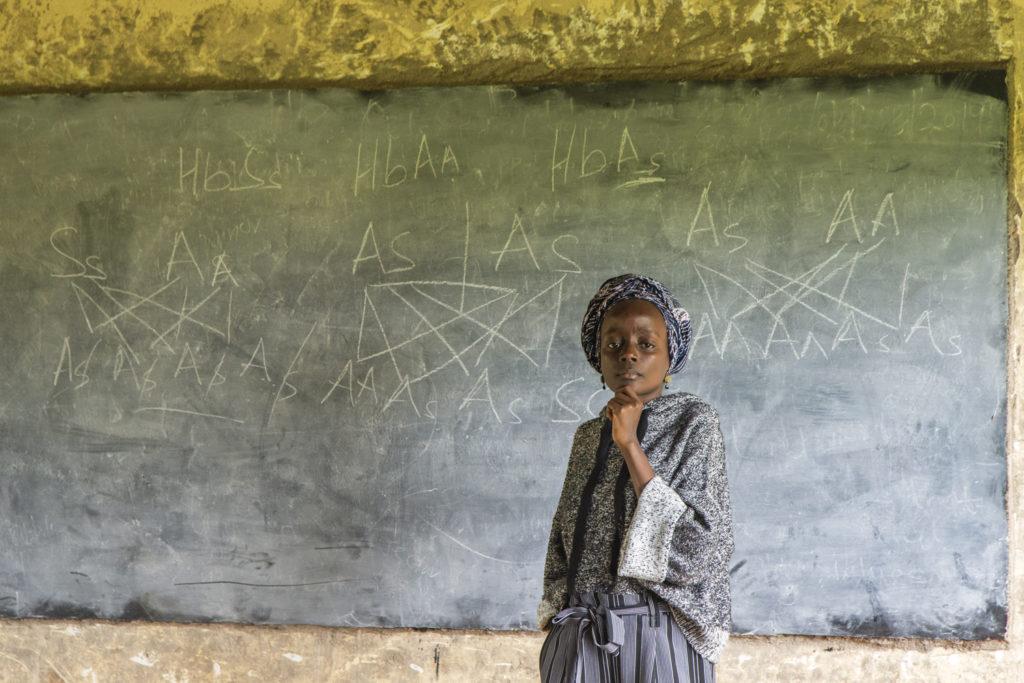 On August 23rd 2022, WHO AFRO, African health ministers and partners launched a campaign to reduce the burden of Sickle Cell in the African region. The campaign was launched at the 72nd WHO Regional Committee for Africa, and aims to build political will and attract resources to bolster the sickle cell response in the region.

Dr Moeti, the WHO Regional Director in Africa, highlighted that although proven cost-effective interventions for sickle cell exist, African countries lack the resources to provide this comprehensive care.

Almost 15 years ago, the WHO and UN (2008) already recognized sickle cell as a public health priority. Similarly, the WHO urged African governments to prioritize the Sickle Cell Disease (SCD) response in budget and policy. Indeed strides have been made in terms of awareness creation through designation of June 19th each year as World Sickle Cell day, but little progress has been made in investments in early detection, health systems and policy and disease surveillance of sickle cell.

120 million people are  affected by Sickle Cell globally. Of those, 66% are found in sub-Saharan Africa. More than half of 250,000 children born with SCD each year die before their fifth birthday due to preventable infection and complications. Although sub-Saharan Africa bears the lion share of the burden, it is the least prepared to respond and address sickle cell. Only a handful of countries have policies in place to address sickle cell. Moreover, a majority still struggle with basics i.e. diagnosis of sickle cell and provision of essential medicines.

With the significant increase of 26% in SCD deaths from 2000 to 2019 in the African region, the effects of the lack of sufficient policy and system reforms in sub-Saharan Africa can no longer be ignored.

In addition to the Sickle Cell commitment, African government leaders adopted the PEN-PLUS strategy as a cost-effective way for health service delivery for chronic underprioritized NCDs like sickle cell, rheumatic heart disease and type-1 diabetes. This strategy ensures access and availability of NCD care at district level facilities that serve rural and poor populations. With early successes in Liberia, Malawi and Rwanda, this model strategy could be one of the ways African governments make good on their commitments to improving access to sickle cell care in Africa.

After many years of groping in the dark, these steps provide a light at the end of a long dark tunnel for many African countries that are under-resourced and ill-equipped to address sickle cell within their borders. The measures taken offer renewed impetus in the form of partnerships and resources in the region to curb the growing burden of sickle cell.  This is the hope people living with and affected by sickle cell needed to show that change, however slow, is – at last – coming.

Although these are steps in the right direction, I am only cautiously optimistic of their execution and actualization. Indeed, such top down declarations cannot simply end there. In addition, we need strong in-country leadership and action, a diversity of strategic partners and meaningful involvement of communities living with and affected by sickle cell.

The World Bank, US Department of Health and Human Services, Novartis foundation, Global Blood Therapeutics, Sickle in Africa, NCDI Poverty Network and American Society of Haematology were some of the partners present at the side event. They are, I hope, indicative of the right steps increasingly being taken towards attracting (more) resources for sickle cell action.

What was missing, however, was a representation of communities of lived experience. Lessons from larger movements of (people living with) HIV, disabilities and most recently COVID-19, have taught us that the involvement of communities is key to progress in these responses. By enabling communities and amplifying their voices, they can exercise their fundamental rights to health and participation. The biggest drivers of change and accountability to these commitments are those living with sickle cell.

True, the partners and governments may indirectly represent and substitute for these communities of people living with SCD. But with people living with sickle cell bearing the disproportionate burden of inaction, it seems wise (as well as mandatory) for African governments to encourage and foster their meaningful involvement. The NCD Alliance Global Charter on Meaningful Involvement of People Living with NCDs emphasizes that, when policies, programmes, and services are co-designed with communities, they are more likely to be relevant, appropriate, scalable and sustainable. By ensuring that they are focused on people, not diseases, they can effectively respond to the needs and realities of those they are meant to serve and leave no one behind.

To have impactful lasting change and delivery on the above commitments for sickle cell, the African region needs to invest in the people who have the most to lose and most to contribute: the people living with Sickle Cell.

Lea Kilenga Masamo is a patient advocate with 9 years professional experience in patient centered global health advocacy with a focus on Sickle Cell and NCDs in LMICs. She advocates and informs health systems, policy and research in the meaningful involvement of affected, vulnerable communities. She is the founder and CEO of Africa Sickle Cell Organization and sits at the ‘Our Views, Our Voices’ initiative for meaningful involvement of people living with NCDs advisory committee at the NCD Alliance. Lea is currently pursuing a MSc Global Health Delivery at the University of Global Health Equity, Rwanda.