You say blue, I say brie

It’s an odd thing to crave cafeteria food. Yet, here it is. An unexpected craving for an interesting salmon ‘burger’ with, you guessed it, fries. A new study in The Lancet on ‘Dietary quality among men and women in 187 countries in 1990 and 2010: a systematic assessment’ doesn’t rank the Belgian diet, very highly. In fact, they fit the Belgian diet somewhere down below on the chart as one of the worst among the countries. But for the moment, we’ll leave that aspect of the Belgian diet to a future project for health researchers, and get back to that craving for a mass produced cafeteria-style salmon burger.

Our tastes can be subjective and sometimes dependent on the familiar. For those who grew up eating a particular cuisine relocating to a foreign country can present a gastronomical challenge. Throw in supermarkets with aisles full of more food choices than one could possible try in a life time, with a dash of the alien in the form of language, and you’ve got a cohort of foreigners heading straight for the golden arches of homogenous heart-attacks in a bun. And then there are those, such as myself, who have grown up eating all kinds of food, from all over the world – with a taste so diverse that almost every cuisine has a dish linked to memory.

And this brings us to ITM. For the extraordinarily warm and welcoming people that belong to the Institute of Tropical Medicine family, who welcome new cohorts of students, researchers and others from across the world every year, explaining the concept of a cold “smos”-y lunch perhaps presents a peculiar challenge. For some of their students like myself, these sandwiches made of super bread, cheese and meats were a real treat (yes, thank you, I still crave the apple-watercress-honey sandwich from the corner shop). For others, it was something to politely wash down with delicious Belgian beer or European wine, before dashing (more like scurrying) off to their rooms to eat a “real” meal of rice, meat and vegetables – warm just like it should be in the cold and damp.

Food can bring people together or tear them apart (you say blue, I say brie). Karibu (or welcome in Swahili) opened in January 2014 to much excitement among all. An ITM cafeteria on the ground floor of three blocks of brand new student housing, Karibu catered to the crowds, Karibu would make an Indian “global dining” enterprise proud. From fish & chips, to spaghetti Bolognese, to salmon burgers… they covered their bases well and took fusion dining seriously. In deference to non-meat eaters, offered *shocking* a pretty good vegetarian meal option. The Portobello mushroom burger gave some serious competition to its bovine version. 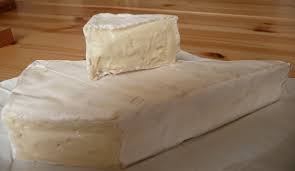 We now had a place where we could bring our own lunches, or choose from a range of subsidized cold and warm food options. Unlike American university cafeterias there was just enough of a range to have a choice, but not so much to leave you stressed out trying to decide your lunch. There was free entertainment too. For the uncoordinated, the foosball presented a challenge, but the advantage of being a foreigner is that you can get away with feigning ignorance, “foosball? Friends? Who? Let me get on with my lunch I say.” For the snoozers you have the patio chairs to sit on and chat over lunch in the delicious summer sun. Some oscillated between lunching at the formal dining hall and the more informal lunch gatherings under the pear and apple trees in the courtyard of the Rochusstraat building, a former monastery.

Dining out is sometimes an interesting cultural experience. My first dining experiences with people from richer countries, more than a decade ago involved splitting the bill almost down to the exact cent. I wondered why. I see this happening in metropolitan India today, where it’s now the norm. We go out to a restaurant and split the tab. Maybe because when you reach a certain level of equity in terms of income and standard of living, not to mention urbanization and the shift in social norms, the need to either show-off your status or wealth by picking up the tab is not as significant. I do see the wisdom of it now…it’s easy, fuss free and saves a great deal of awkwardness at mealtimes now. I draw a parallel here with my limited experience at some weddings which I’ve attended in the west, where the cost of the present is less relevant than the thought behind it; different from India, where how much you spend or what food you offer at a wedding can make or break your social standing, and often determine the quality of your daughter’s marital life. Then there are cultures where eating off the same plate, together, is a way of bringing people together. Of course, this has been blamed for undernourishment of young children who often eat smaller portions and are slower at eating, so tend to miss out on the good stuff.

And so, coming back to Karibu and lunches at ITM in general…more than the food, the snooze, the booze – it brought people together, extracted researchers from desks for some priceless off-screen time. I don’t recall eating a single meal alone there. There was always someone to talk to. Newbie students, ITM veterans, visitors, faculty and staff, it was a super meeting place. ITM offered a unique cultural island where the strict social norms of splitting the tab or worrying about who is going to take a bite off your already insufficient sandwich did not apply. We freely shared food, ate together and formed bonds that extend far beyond the geographical confines of the Institute.  Of course, some of the binding factors may be attributed to Skype and Facebook.

And now, back in India with its plentiful social norms which keep you super-glued to even those you don’t much care for, as I sit at the dining hall, eating alone sometimes, I wonder why no one walks up to the other to say hi and just be curious about them. Is it the pot of gold expected after a gruelling school year? Is it because we’re all from the same country that curiosity about the other is redundant?

I don’t know. What I know is that right now somewhere back in Antwerp there is a foreign student experiencing a new cuisine to their utter delight or horror. And somewhere there is a Belgian in Brussels sniggering at silly tourists walking around with a tower of whipped cream, Nutella and strawberries on their overpriced waffle. And that the innocent waffle and the mayo laden “frites”, are perhaps partially responsible for the bad reputation of the Belgian diet. And that cafeteria food, no matter how good or thoughtfully prepared will inevitably be discussed with disdain and often blamed for the stomach cramps that perhaps came from the mouldy bread you ate, and finally for the batch of 2014, Friday evenings and lunch times made for warm, fuzzy memories. 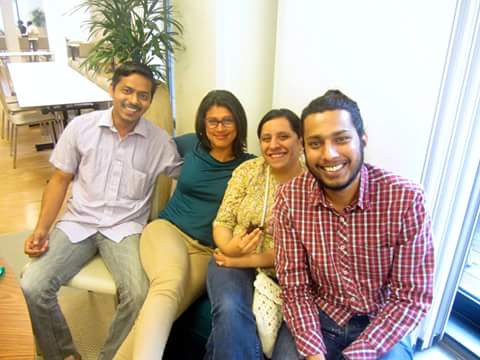 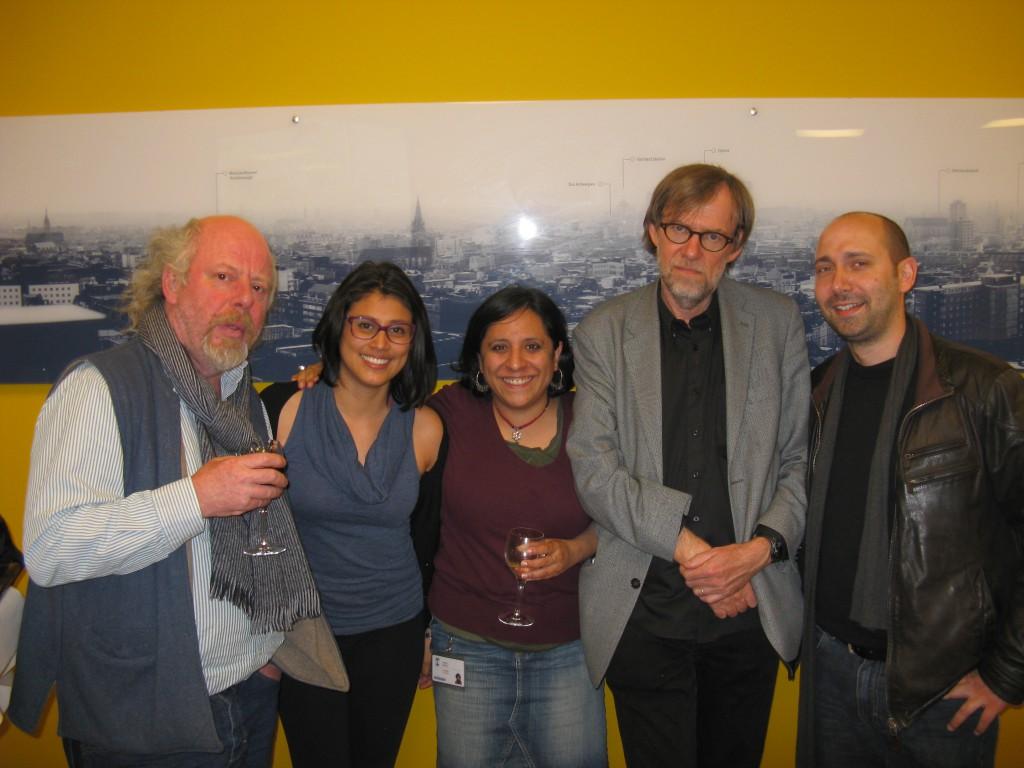 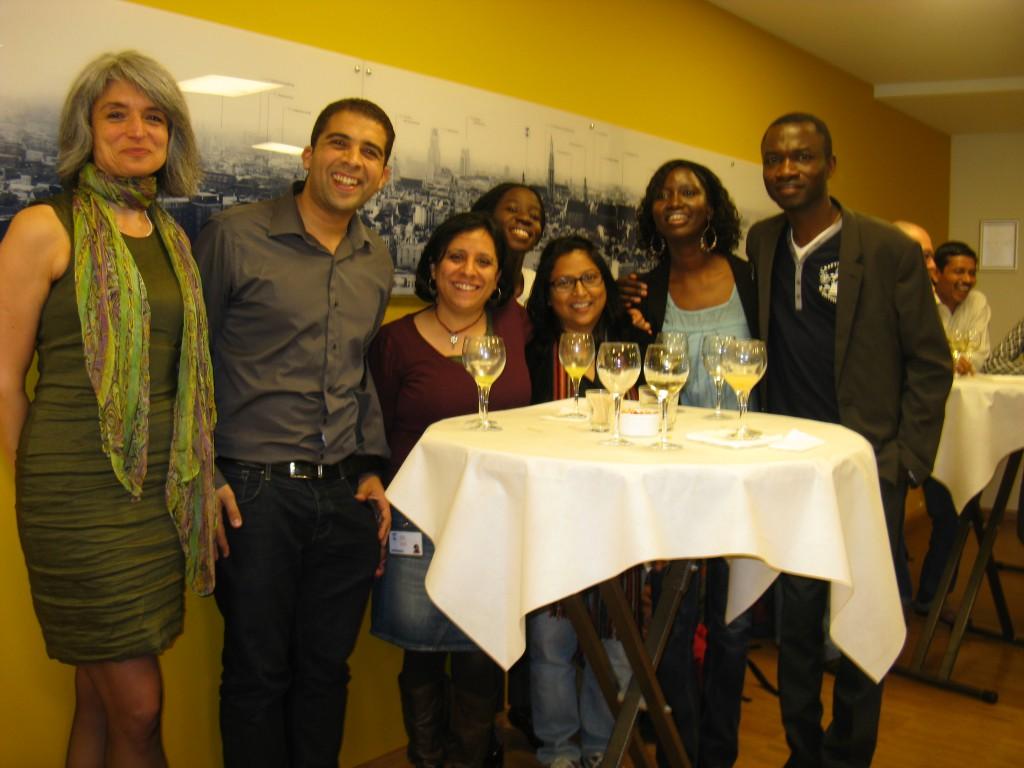