Turn left, then right: political changes in Latin America and their impact on health systems

As you might have noticed, Latin America is going through a period of important political changes and turmoil. As the political pendulum is swinging back, more and more conservative (or downright neoliberal) governments are replacing the democratic, progressive ones that were prevailing in previous years.

These changes have a number of causes, among others the fact that many voters have perhaps grown a bit tired of these progressive governments after some years in power (as is the case in all democracies with incumbents), the lack of effectiveness of their administration, as well as a perception of (too much) political patronage, bureaucracy and corruption. Importantly, however, a structured strategy from right-wing politicians and parties to remove progressive governments from power (and ditch their policies) also played a key role, via so-called parliamentary coups d’état, ultimately ‘soft’ versions of the ones that have taken place in previous decades in the region.

This strategy has been put into action since June 2009, when the Honduran Congress resolved the destitution of President Manuel Zelaya, considering that his government’s actions were violating the Constitution and the judiciary order of the Central American country. It continued in June 2012 when the Paraguayan Senate impeached Fernando Lugo, for poor performance allegedly, leading to his removal from office.

The strategy was again used in May 2016 by the Brazilian Congress when it approved Dilma Rousseff’s impeachment for alleged corruption, which also lead to her dismissal. Finally, there was another attempt to do the same when the National Assembly of Venezuela declared President Maduro’s abandonment of office in order to have him impeached. Nevertheless, this decision was not taken by the Supreme Tribunal, the (competent) government entity that could approve such move.

Some of these political changes have also materialized via traditional elections, repositioning conservative sectors in North, Central and South American governments. For instance, in Argentina, the businessman Mauricio Macri won the presidential elections in December 2015, showcasing another trend in the region. This trend consists of business elite people in the region becoming (or aiming to become) president, as is also the case in Chile (with former Chilean president and now presidential candidate, Sebastián Piñera), Peru (current Peruvian president Pedro Kuczynski) and Panama (Panamanian president Juan Carlos Varela) for example. The latter is by no means a Latin-American trend only.

The one aspect that has characterized the approach of progressive governments in the region was their focus on social sectors, leading to a significant increase in public expenditure, with substantial investment in education, health, nutrition and housing, just to name a few sectors.

More in particular, progressive governments aimed to gradually improve health systems, with a view on achieving universality, incorporating free healthcare services for the general population, and including intercultural approaches, as is the case in Bolivia and Ecuador, or community and family health with a primary-care focus in the cases of El Salvador, Nicaragua, Venezuela, Paraguay, Uruguay and above all Brazil.

These experiences in health in the region did not only occur at national level; many others took place at local level as well, in capital cities and municipalities. Among others, there were examples of such experiences in Mexico City, Bogota (Colombia), Montevideo (Uruguay), Rosario (Argentina), and many municipalities in Brazil, that moved forward with public initiatives, mainly boosting the primary care strategy and generating an institutional response to the health needs of their communities.

A critical assessment of emerging health policies shows how progressive governments in the region were torn between their aspired social medicine approach (also called ‘collective health’) and advancing neoliberal hegemony. The resulting attempt to reconcile the irreconcilable has been labelled sometimes as ‘Postneoliberal Public Health Care Reforms’ and generally failed to achieve its aspirations. For example, free health care services could not be achieved in Bolivia. Social policy was characterized by a focus on vulnerable populations, the approach promoted by the World Bank. Part of the public expenditure went to the private sector through health insurance in Venezuela or via payment to private health service delivery in Brazil. Additionally, where natural resources (oil, mining) were used to generate public money, there was huge criticism from communities, environmentalists and social movements. Many of the local experiences have proven to be more successful and went further than the national programs. Unfortunately, most of them could not be sustained politically.

In sum, even though progressive governments heavily invested in the social sector, the reach of these social projects was still rather limited, with a mixed approach of social medicine and neoliberalism. Correa’s neo-developmentalism is a case in point.

Health in the new neoliberal era

Nowadays with the political pendulum swinging back to the right in the region, the expected setback is just getting started with social investment already declining heavily, great emphasis on market-oriented initiatives and commodification of public goods, including health care. Well, you know the package.

Paraguay re-established fee for services in public facilities, which were banned under Lugo’s government. Cartes, the current Paraguayan president has decided to move towards a system of private insurance for universal coverage.

Meanwhile, in Brazil, Temer’s government intends to weaken the Sistema Único de Saúde (SUS or Unified Health System, in English) and imposed a constitutional change to freeze funding for the health sector for 20 years. The Brazilian government is allowing private companies to provide insurance plans to the poorest with very low benefits, using public funds. It has also allowed all state entities, including the SUS, to transfer funds to private companies to deliver services. The  dismantling of the SUS would be a massive loss for the social, political and academic sectors that have been defending the right to health, not just in Brazil, but in the entire region.

In Argentina, the health situation in the framework of the so-called ‘neoliberal restauration’, under Macri’s government, has led to encouraging insurance as a way to privatize health through UHC, alongside establishing subsidies on the demand side. The latter means that the State won’t transfer an annual budget to hospitals for their functioning. Instead, the healthcare facility will be funded according to the services purchased by the private health insurance companies, just as it has been doing in Colombia for the last twenty years and in Mexico for the last decade (cfr. Seguro Popular).

This panorama shows a trend in the health sector of the region that can be summarized in the implementation of three strategies that seek to strengthen the market approach in health policies: 1) the promotion of UHC, 2) capitalizing on public resources for contracting-out private health care service delivery, 3) the increasing fostering of PPPs.

With the UHC strategy as promoted in Latin America, access to health services is conditioned by purchasing power and, according to this, beneficiaries can access a more or less comprehensive package of services, which are not linked to the needs of the people, but to their ability to pay for it. “Universal coverage” could be achieved in this way, no doubt, but at the expense of increasing the already profound inequities, due to the diversity of insurance packages without guaranteeing real access to health services. The current situation in Colombia shows this, for example: it’s one thing to be insured, it’s a very different one to have real access to services.

Through PPPs, financing contracts are made to build, equip, and manage healthcare facilities. These PPPs are a way of privatization, increasing costs to boost profits of private companies without providing quality care to patients in most cases.

The Latin American region is experiencing political turmoil, with drastic changes happening in Paraguay, Brazil and Argentina, amongst others. It is moving towards the right and even the far-right in a number of countries, displacing progressive governments. Even some of the relative exceptions to this trend, such as Uruguay, currently an NCD role model as evidenced by the summit last week in Montevideo, show in addition to some encouraging, also a few discouraging trends – there’s a plan to vote on a law to privatize water, for example.

This makes it vital to change the (currently dangerous) dynamic in Venezuela and Bolivia, where the strongest expressions of the progressive perspective still exist and which showed some of the most substantial social progress in the region (at least till recently), despite the fact that Venezuela faces today great social and economic challenges, with related impact on health. Although the Maduro government in Venezuela has its authoritarian flaws and made a number of mistakes, it is clear that Venezuela’s current predicament has much to do with enormous political polarization in the country, in which international destabilization strategies certainly play an important role.

When it comes to health, the main intention of many so called ‘stakeholders’ is to disrupt public health systems & policies in order to impose market-oriented policies through UHC and PPPs and, along these initiatives, to boost and consolidate the corporate share of what once was social security and public health. After all, it is the accumulation of profits that big pharma, the healthcare industry and the financial sector are after. 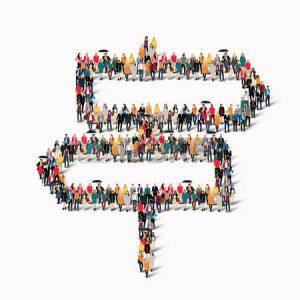