Subscribe
Home > blogs > The ITM symposium on 40 years PHC: is there a doctor in the house?
blog

The ITM symposium on 40 years PHC: is there a doctor in the house?

On 23 October, 150 international experts gathered at the Institute of Tropical Medicine (ITM) in Antwerp for a symposium to take stock on progress on the way to ‘health for all’. Some elephants were spotted in the room. Might one of them be a doctor?

Prof Bart Criel, the initiator of the symposium, rightly pointed out that the Alma-Ata Declaration is a simple, 3-page document about the unfulfilled right to health and the widening of health inequities, and that it takes a clear stance on how the lack of access to health is morally, socially and politically unacceptable. 40 years after this declaration we find that half the world’s population cannot even obtain essential health services, while year after year 100 million are pushed into extreme poverty due to out-of-pocket healthcare spending, according to a 2017 report by the World Bank and WHO.

In trying to understand why so little has changed, we want to point out a ‘clear and present paradox’ that hovered over the discussions October 23rd at the ITM – but extends much further than that.

When opening the one-day event, our ITM director brought forward that it should not be forgotten that the first and foremost responsibility of medical doctors is to take care of their patients. The last remark in the panel that brought the day to a close was about how family doctors also need to think about their own wellbeing, given this difficult task. And both were right: patients need healing and relief, and doctors need well-being as much as anyone else. But these messages also highlighted, perhaps unintentionally, the paradox that hinders progress in primary health care (PHC). The crucial issue was – and is – of course what should change to make sure that in 2058 (and hopefully much earlier) more convincing results on achieving ‘health for all’ can be shown.

Overall, the day was filled with in-depth contributions from the field, and proposals on how to renew and take forward PHC. Yet in some of the break-out groups, and in the concluding panel discussion, the paradox was very visible: while health is about so much more than health care, many of us seem to be stuck within healthcare boundaries. It is obvious that improved health requires engineers, law-makers, social activists and many more – including health professionals.

But with whom in the driver’s seat? When it comes to curing patients, (most) health professionals focus on illness and disease rather than on health. Which is good for the excited and enthusiastic social activist hit by a stroke. Should that lead to Kelsey Lucyk’s remark, when referring to Canada’s struggle with social determinants of health: “health has to add its voice, but in a respectful way, and also know when to get out of the way”? Richard Smith goes further when he expresses his concern about the ‘hegemony of the health people’: he is afraid that the “health people will always dominate with their computers, statistics, journals, theories, knowledge, and inability to think beyond the biomedical model and take over”. Perhaps we, the ‘health people’, should raise to the challenge. There are good arguments in what is brought forward by Lucyk and Smith. Both beg the question of a clear division of tasks within the broader health community.

We know that for developing and implementing health policies, health professionals are required. Health issues continuously compete for legitimacy and resources in the policy process, and this ‘agenda setting’ for Global Health has inspired much research. And although the role of many other disciplines is clear, it is never denied that ‘health people’ also have a role to play, and an important one. Within the health workforce there is slow but undeniable progress in recognizing the importance of a multidisciplinary workforce, acknowledging the huge contribution of informal carers/volunteers/social workers/people themselves in PHC, as was the topic of one of the break-out sessions. We may carry that division of mutually recognized tasks further, in order to prevent misunderstanding and improve effectiveness of the role of the ‘health people’ in PHC.

Tackling the infamous ‘medical-doctor perspective’ is important, and can be helped by improving a clear and outspoken relation of interdependency between the different disciplines in our own institution. We may want to show at ITM that it is self-evident that better health for all is built on the interdependency of first-rate biomedical knowledge and first-rate  knowledge of socio-economic-anthropological foundations of public health systems, policy-making and governance. That  may increase the relevance of the voice of ‘health people’ in the PHC debate – without claiming it for ourselves.

It might also help prevent conceptual confusion that can paralyze progress in formulating simple action points – as happened in another outbreak group. There, buzz-words such as sustainability and resilience, seemed problematic, which could have been solved by including other disciplines.  The time won could have been used to discuss the other elephant in the room, the need for a ‘new economic order’, so central in the Alma-Ata declaration, perhaps echoed by the ‘doughnut framework’ of today’s world.

We have a dream, which we hope you share: before our next Alma-Ata commemoration all of us will have read sections I, II, III, IV, V, VII-1, VII-4, VII-5, VIII and X of the famous 1978 declaration. That should help….we  would, for example, hear no more plea from a closing panel to protect the ‘white privilege’ of western medical doctors to roam about the world to participate in the global health debate. Who knows, we might then already have found more equal ways to exchange knowledge and experience in the world – in order to provide equity and health for all. 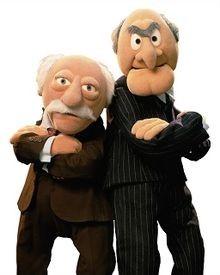