Subscribe
Home > blogs > Self-motivation: Moving from a culture of ‘Got you’ to ‘Well Done’: Lessons for health organizations from the training of Killer Whales
blog

Self-motivation: Moving from a culture of ‘Got you’ to ‘Well Done’: Lessons for health organizations from the training of Killer Whales

For the past few years I have been involved in teaching Management to government doctors in India.  My research and interactions with government doctors have made me realize that improved work motivation is the single most important factor for organizational success and so I have gotten more and more interested in understanding work motivation. But besides my work related research, I am fascinated by apex oceanic predators such as white sharks. One day just as a general curiosity, I was wondering about the following: if the great white sharks were to encounter the majestic and huge killer whales also known as ‘Orcas or Shamus’, who would win this ultimate battle? You might consider this a rather silly question, one very similar to the questions we got from our teachers when we were in school – if a tiger and lion fight with each other, who would win? Of course, we as kids never got a right answer to the question because there was no right answer. Still, I wouldn’t give up on this particular question, as I can be very stubborn (and curious!). And guess what: much to my surprise (and probably yours as well), it’s the Orcas that come out on top.

But let’s get to business now. I knew about Orcas shows in some places in the world, and like many other people I was astonished at what these animals were capable of. Yet, what really intrigued me was how such dangerous, ferocious and huge animals could be trained. Again in search for an answer, I found a book called Whale Done! by Ken Blanchard that demystified my questions about training Orcas. Reading the book was a particularly wonderful experience because it not only answered my question on what it took to train such animals but also drew a connection between some of these training principles and human motivation, something I had always been interested in. This blog is inspired by the book ‘Whale Done!’ and suggests useful lessons we can learn from the training of Orcas, even if I know that human beings and Orcas are not entirely comparable (fortunately, perhaps). 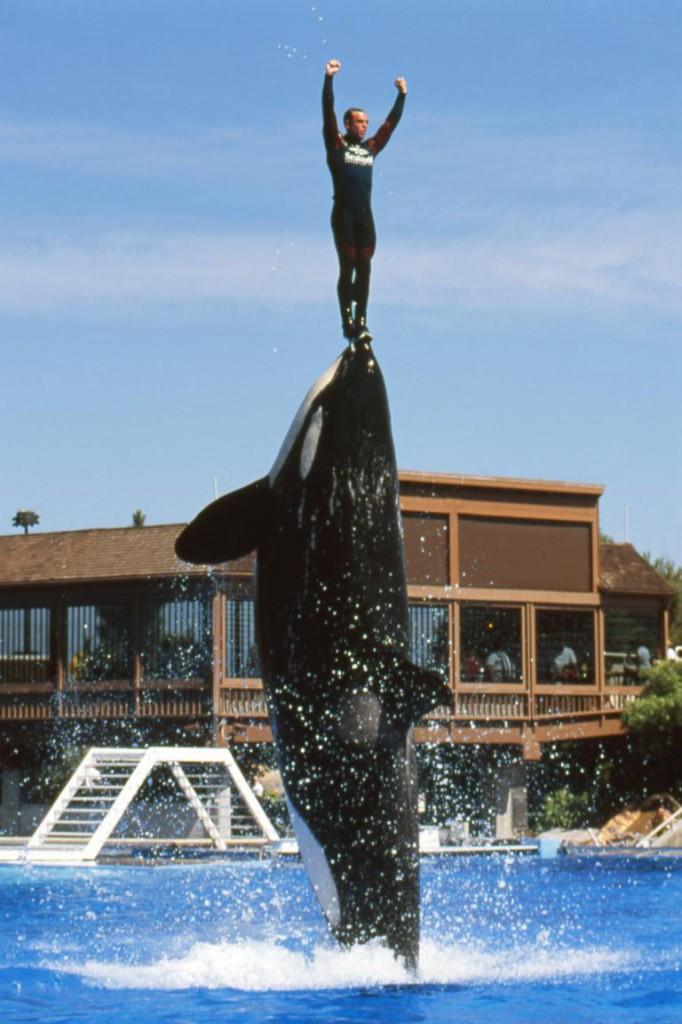 Often lack of financing and political commitment are pointed out as important reasons for the failure of health systems to achieve desired outcomes. However, there is very little focus on so called ‘software components’ in a health system such as better understanding of employees who work for organizations, or the importance of individual and organizational values such as trust and how it influences individual as well as collective organizational behavior, systems and practices. In the public health literature, publications related to Organizational Culture (OC) are still somewhat limited. However, from organizational theory, we know that a conducive OC is very important for the success of an organization and implications of a dysfunctional OC are reflected at various levels: (1) at individual level: lack of motivation, poor job satisfaction and organizational commitment; (2) at dyad and team levels: lack of trust resulting in less team effort and cohesiveness; (3) at organizational level: low work productivity and higher turnover rates, reduced community and client satisfaction. The importance of understanding and having a conducive OC in the public health system is particularly important if you know that many state health departments and health organizations in India do not lay enough emphasis on the need to have a conducive OC. Often such issues are just taken for granted.

The health systems and environments in which such systems operate are quite complex. This complex nature is largely due to the human factor: human beings are involved in virtually every aspect of interactions in health systems, be it as providers, community, funders etc. Health systems have been identified as inherently relational and many challenges for health systems are relationship and behaviour problems. Hence understanding employee motivation and various factors such as trust and OC that contribute to improved motivation is important.

But now what do killer whales have to do with all this?

Lessons of Orca training that apply to Human Motivation:

Trust building is a slow but crucial process. The first lesson that ‘Orcas’ teach us humans (and management teachers in particular) is that trust building is a slow but very crucial process. The trainers involved in training Orcas have to win the trust of them before they can expect them to do anything for them. This implies that Orcas first have to see that the trainers mean no harm to them and this takes time. The best from Orcas is seen when they completely lose their fears and the positive vibes between trainers and the whales are transferred to the audience. Building trust among humans or employees follows pretty much the same process, i-e. it tends to be a slow process and if harm is done at some point, trust can be easily destroyed. It takes more time to build trust than to destroy it, unfortunately.

Sadly, many organizations do not want to invest in building a culture where trust is purposively encouraged – they often take such issues for granted, with the consequences we know: it is often the lack of trust between peers, superiors-subordinates and teams that is reflected through lower job satisfaction and commitment, poor performance and hostile environments with very little emphasis on a culture of collaboration; confrontation is, instead, often the norm. Subordinates do not trust their superiors and vice versa and far too often individual performance is a resultant of fear and obligation rather than something that individuals themselves enjoy. I believe that when employees genuinely feel that their peers, subordinates and superiors mean no harm to them, trust is built and the positive vibes between employees and the organization will then be transferred to the community or patients. Therefore building trust in an organization is very important. When trust is there, we can expect magic to happen.

Research around trust in the area of health systems is gradually building and trust is increasingly being recognized as one of the most important aspects to gear health systems towards people centeredness.  Trust greatly influences human motivation, both professionally and in your daily life.

Now enter the organizations we work for. Often, too much attention is being paid to negative behavior, with various forms of punishment such as scolding, reprimanding, spoiled appraisal reports, demotions etc. In my teaching and research experience, I have come across several cases where doctors working for government health departments may be transferred to very remote health facilities and other job-related benefits such as salaries and promotion avenues are affected. True, perhaps such punishments exist because their superiors think the average health system employee is not as ferocious as a killer whale, and so they think they can get away with it. But damage is still done. All these forms of punishment are evidence of a negative or even hostile culture in an organization where there is no trust amongst the employees.

Moving to self-motivation: When the Orcas have trust in their trainers, are adequately rewarded and genuinely appreciated and loved, these creatures love to perform (are self-motivated) and their stellar performance is reflected during the performance shows. Just like Orcas, most humans love to work and perform as it is a natural part of their lives. People are intrinsically motivated and they accept responsibility under favorable conditions – i.e. if organizations show trust in them, and they receive personal rewards (monetary and non- monetary). Hence if a conducive culture of trust, recognition and love is created in organizations (I am aware I begin to sound a bit like Sai Baba here ) then people may like to perform and be motivated without the lure for or pressure of external factors and forces.

Health organizations and systems need to put more emphasis on analyzing OC and more importantly on creating a conducive culture where people are sufficiently self-motivated. Creating a conducive culture requires the health organizations to pay close attention to processes rather than only focusing on the outcomes. Results matter, but the journey also does. The need for health organizations to create and reinforce positive values such as trust is important as it could have great potential to transform the way typical healthcare organizations function – from a culture characterized by lack of trust and responsibility, poor team work and collaboration, and a blaming culture, to a culture where achievement is emphasized and functional values such as trust, mutual help, responsibility and autonomy are emphasized, facilitated and encouraged.  Most importantly a positive focus on values such as trust and respect for employees can help build a culture where organizations have an employee-centric approach, employees are self-motivated and the development of Human Resources remains a key agenda for the organization.

A “Whale Done Approach” can really help build trust in organizations so that people will lose their fear and positive vibes between health organizations/ systems and the employees will be transferred to the community.