Scientists: The future of Argentina?

One year ago Argentina voted for a change in government. After 12 years of Kirchnerism, 51% of the population voted for “the change”. The reasons for this are complex and diverse, but what can’t be denied is that the current president won the election with a mix of promises of change and conservation of the “good policies” of his predecessor. One of the things to preserve, he said, was science and research.  That would be key for reducing poverty, his main goal. He even promised to double the percentage of GDP assigned to science and technology. That was done, in part, because of scientists’ important role in society and the recognition that scientists have gained in Argentina over the last years, but also because of the tradition of scientific research including a history of Nobel prize winners in several scientific disciplines. As proof of the president’s good intentions, the only minister that remained in office from the last administration, was the science and technology one.

Unfortunately, campaign promises have vanished. Argentina seems to be entering a new period of neoliberalism, as is the case in many other countries in the South American region, after a decade of progressive governments (with many differences, arguably).

Last Friday, researchers that applied for entering in Conicet (the National Council of Scientific and Technical Research), received the results of the contest, and they were surprised when they heard the news that  about 500 of those who were accepted by the different evaluation commissions – that means, people who fulfilled all the requirements –  were rejected by the general board, for reasons that are clearly political – and not just economic – ones.

In response to this, scientists went to the National Ministry of Science on Monday. The crowd was beyond their expectations (i.e. massive). They had a meeting with the minister, but he refused to reconsider the situation. Then, scientists, students and workers organizations decided to occupy the building by way of protest, an occupation that is still ongoing as we write this.

Since Monday, Argentina’s scientific community is fighting a battle that has been gathering momentum for a few days now. For many, they are struggling not just for the nearly 500 researchers that were accepted/rejected, but for the future of scientific policy in Argentina.

A few things have been amazing about this new movement:

– First, people who usually compete with each other for a position, are now unified under a common flag. So called “hard” and “soft” sciences are unified. Scientists from all corners of the country are communicating with each other and getting to know each other via email or WhatsApp. Given the dirty war from the government, which is questioning the relevance of their research projects, scientists from different fields are planning to hold a joint meeting showing research from different disciplines.

-Second, society has supported scientists. Not only the most renowned scientists of Argentina have expressed their support, but also social movements such as the grandmothers of Plaza de Mayo, who thanked scientists for their help in the search of their grandchildren. One of the emblematic mothers of Plaza de Mayo went to an assembly and expressed her support and the “presence” of the 30.000 disappeared in their struggle. Neighbors donate food and water to the protesters. Worker unions such as people on the subway said that they support science and research.

We don’t know how this conflict will end. What we know, is that since Monday, we feel that science is not just the future, but the present of our Country.

Sara and her colleagues are asking for support. They welcome receiving formal support from academic and research institutions from around the world. By letter, or taking pictures, or in any other way that helps them to be heard and seen. It is important that the name of the place or the institution that is giving the support, is visible.  Letters of support can be sent to: jcp.bsas@gmail.com 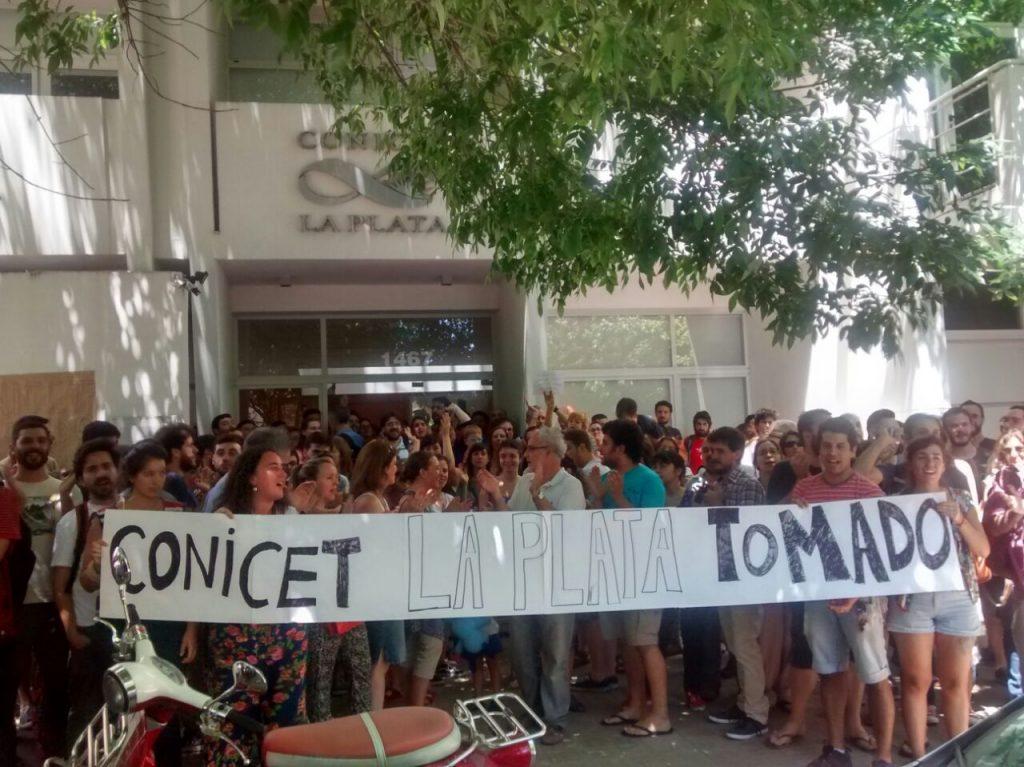 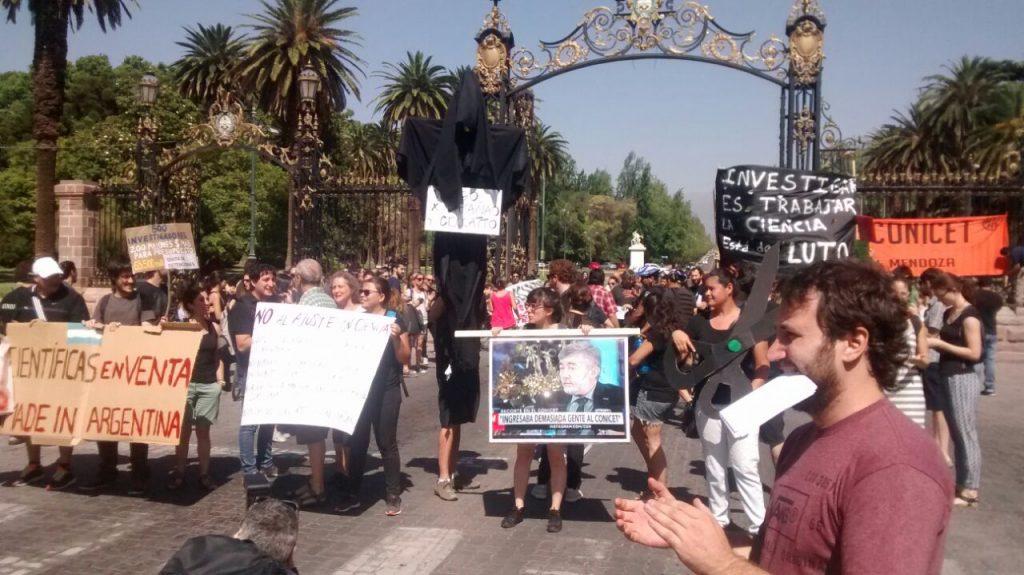