Subscribe
Home > blogs > Keyed in and on key: top notch HPSR training and great singing at the first KEYSTONE course in Delhi
blog

Keyed in and on key: top notch HPSR training and great singing at the first KEYSTONE course in Delhi

The 20 KEYSTONE course participants are now back in their offices, campuses, clinics and research sites, scattered across India. They are beginning to digest the material presented over the two-week course (23 February to 5 March 2015), which began by asking “what is a policy?” and ended by examining the relationship between creating health policy research knowledge and translating this knowledge into a better health system. In between, the days were packed with a whirlwind of ethnography, ethics, economic analysis, and many more topics.  The evenings provided their own entertainment (see below).

The course focused on health policy and systems research (HPSR) as fundamentally  a question-driven field. The research interest, generally distilled into a specific question, is the starting point; decisions around the appropriate research approach are made based on how best to answer the question. HPSR approaches (such as realist evaluation, policy analysis and implementation research) were presented in single or half-day “capsules” (as the organizers called them) in order to introduce participants to a range of ways to study health policy and systems issues. In addition to the research approaches, the course emphasized fundamental principles that apply to all HPSR research, including understanding HPSR frameworks, ethics, social justice and gender, as well as complexity and knowledge translation. 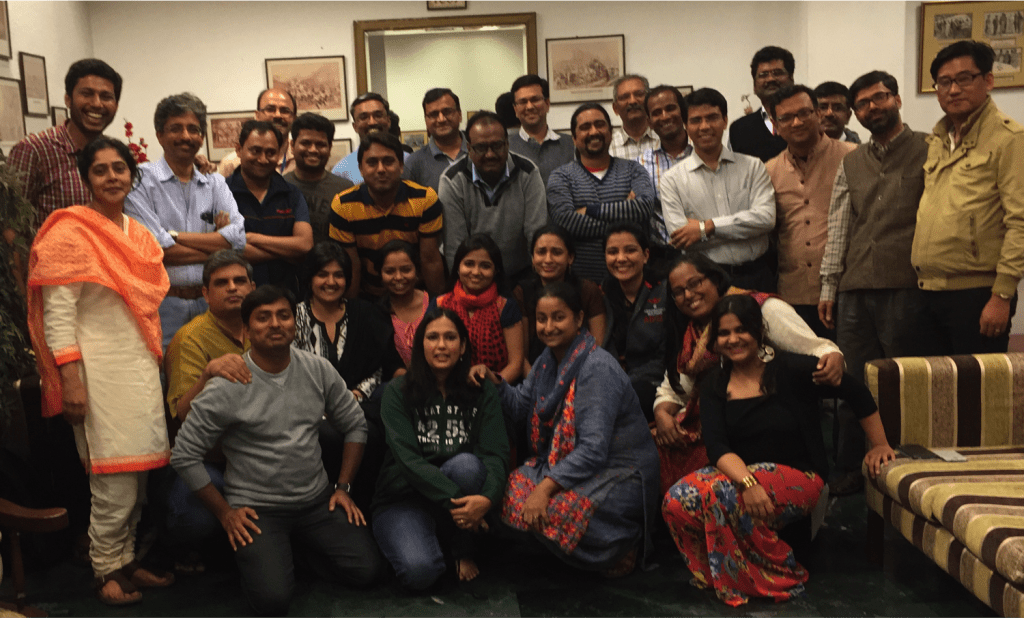 Most participants entered the KEYSTONE course with a clear sense of an issue they wanted to study, often something that had been intriguing and bothering them for years. One participant spoke of a marginalized woman giving birth in an autorickshaw just meters from a hospital in the city of Bangalore. This injustice led her to explore how fragmentation of urban maternal health services shape user experiences. Another participant spoke of the challenges faced by policymakers in moving key decisions and approvals through system bottlenecks. He sought to explore the structural and procedural issues that constrain decision making in his state’s health department.

The questions took up issues of governance, from village-level health committees engaged in planning, managing and financing in Nagaland to the decision-making space and authority held by various Indian states within the central government’s flagship scheme, the National Health Mission. Others sought to analyze the formation and implementation of policies, such as Maharashtra’s new drug procurement and disbursement policy, and to understand the political economy of health systems, such as the process of accepting development aid, or the place for nutrition within conceptualizations of health systems.

The course coordinators, after sighing with relief for having pulled the whole thing off, are beginning to reflect on the participant feedback and think about the course’s achievements and learnings. The participants’ commitment and engagement in the material far exceeded expectations, as did the energy of the group to manage readings, quizzes, planning a research project and developing presentations for the final day’s program.  While the course was organized with a focus on teaching and classroom content, the evening cultural program put on by participants emerged as one of the most memorable aspects of the course. Time spent joking and singing together contributed to community-building in vital and unanticipated ways. Maybe next year should include an “HPSR’s Got Talent” competition? We already mentioned in another blog post that Bollywood also found its way into the regular course program.

Including participants from a range of backgrounds and regions also emerged as an important asset. Participants came from academic institutions, government health departments and NGO research organizations, as well as some outliers in clinical practice and technical advisory groups. They also came from many states across the country (although there were large Delhi and Maharashtran contingents). This diversity ensured that many tightly held opinions were challenged inside and outside the classroom, which is an important pedagogical consideration for HPSR teaching and learning.

KEYSTONE seeks to strengthen the capacity of health policy and systems researchers in India and support the development of robust national and international networks. The participants have continued to engage with one another through the Moodle online platform, sharing articles and reminiscing (and noting the after-effects of all that rich hotel food). They have also been enrolled in the SHAPES google group within Health Systems Global, to further connect with the international HSPR community.

Each KEYSTONE fellow returned home with their own finely tuned research question and preliminary research plan, which focused and clarified their interest in an Indian HPSR issue. The wide range of questions illuminate the complexity and diversity of issues requiring examination within the Indian health system. In addition, the long debates and discussions illuminate the passion and urgency felt by the group to better understand these HPSR issues and help build stronger and more just health systems. It will be exciting to watch as the KEYSTONE fellows take their research forward.